On a departure from the norm, be advised that Joe Bass Team Trail directors attacked recent unscrupulous false allegations regarding both the circuit and its anglers head on at the third event of the season. Putting their money where their mouth is, so to say, meant having a polygraph technician onsite with screenings given to the top finishers, all of whom passed without any red flags. No surprise, as they have taken multiple exams after high finishes in the past, ALWAYS with the same untarnished results.

In addition, the Arkansas Game and Fish Commission had a pair of officers at the weigh-in to observe the weigh-in setup and process after irrational claims of a fish kill after the December event. They reported their complete satisfaction with the way the fish were handled, weighed, and returned to the lake. They were especially impressed with the effort given to fish that required a little extra attention regarding “fizzing” to relieve pressure on their swim bladders. Laryme Campbell coordinated a group of anglers that needled any fish that showed signs of reduced equilibrium while Jay Oliver and Mike Smith used their Bass Cat to net any fish that had a delayed response away from the bank, bringing them back to the shore squad for their attention. These efforts resulted in a 100% live release of the fish caught during the event. It’s important to note this “special” attention is the norm, not a put on for the Game and Fish folks, whom, by the way, showed up unannounced. Joe Bass and its anglers ALWAYS provide the highest level of stewardship of the resource and integrity to the competition.

Continuing their streak, Team Blevins came out on top by putting a five fish limit on the scales that locked in at 19.85 pounds. While Dustin was passing yet another polygraph exam, Eric noted they experienced a tough day despite the end result, as they covered a ton of water to pick off individual fish as they struggled to locate an area where they could get multiple bites. Their Mid America RV Key to Success was slinging crankbaits and A-rigs along a variety of banks, alternating to a jig around isolated brush.

Cody Huff teamed up with Greg Blair to wrangle a second place finish. Their 19.16 limit was anchored by the big bass of the event, a solid 6.25 largemouth. They also noted tough conditions, as they boated only 9 keepers on a scattered bite. Their fish fell to a prototype Rapala Mag Rap Ice Jig targeting individual fish relating to shad.

Drew Sagely and Taylor Surly rounded out the top three. They brought 17.58 pounds of Bull Shoals bass to the weigh in. They leaned on a variety of presentations, including an early Rock Crawler/Wart bite with the early cloud cover then transitioned to a deep swim bait approach once the skies cleared. The duo took home some bonus money as they fished from their Skeeter bass boat, giving them Top Skeeter honors for the event.

The penultimate event of the Bull Shoals Division will take place January 28th with a 7:00am takeoff from Buck Creek Marina. 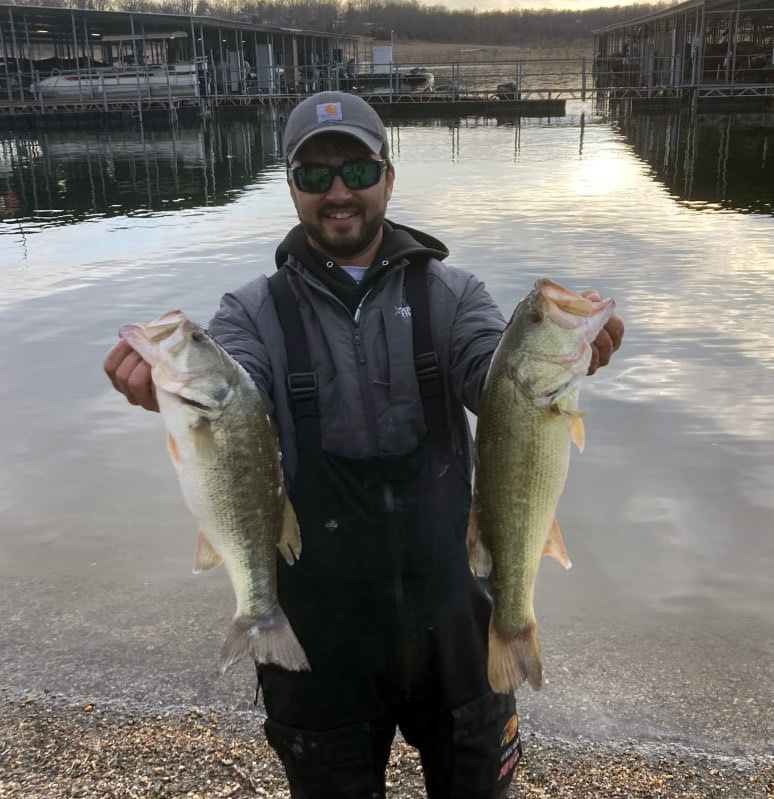 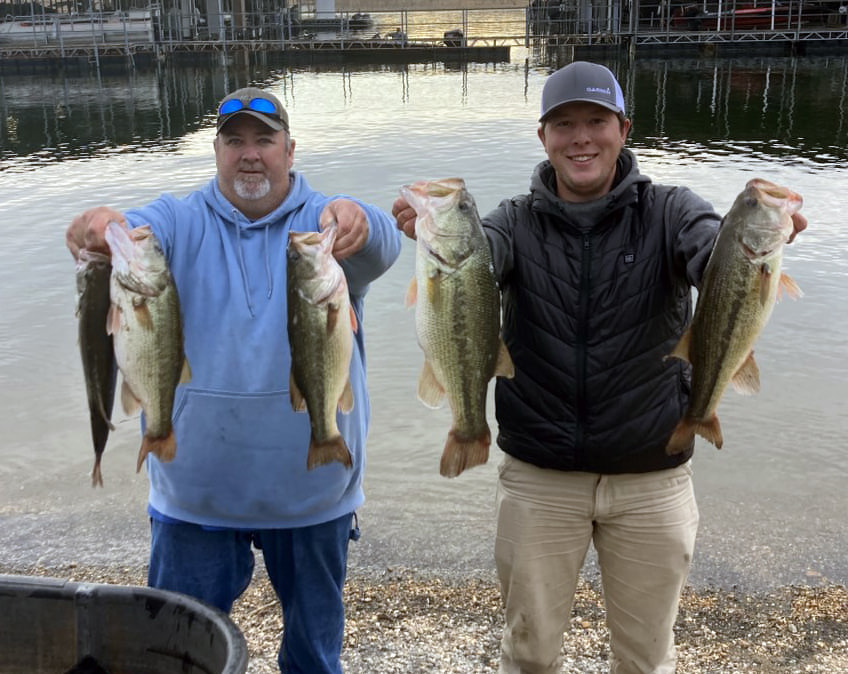 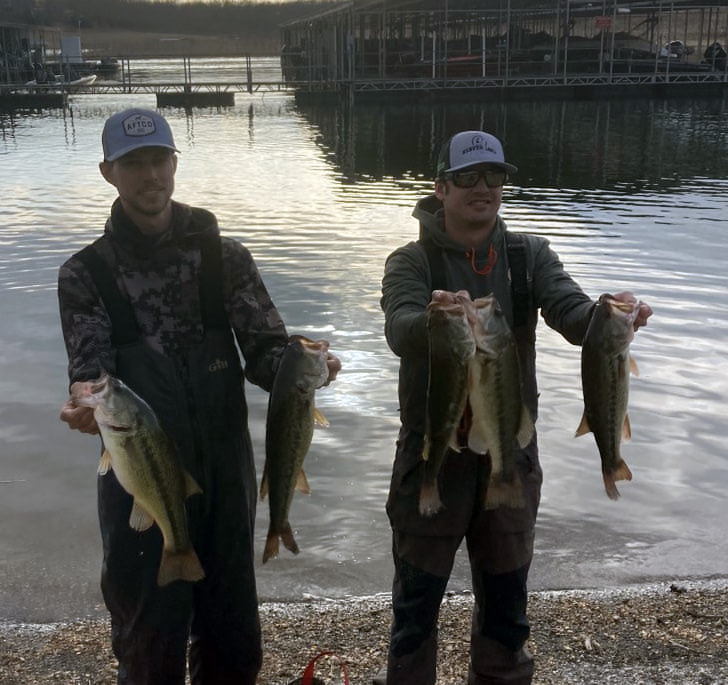 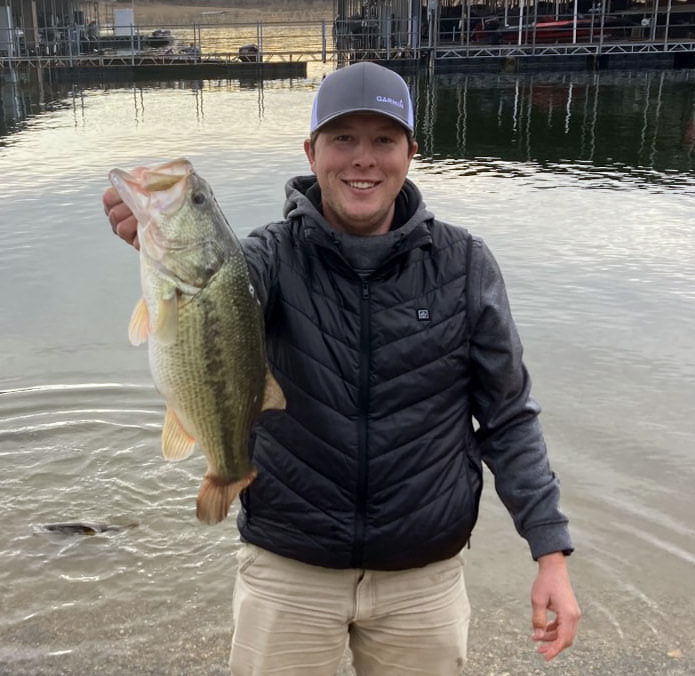 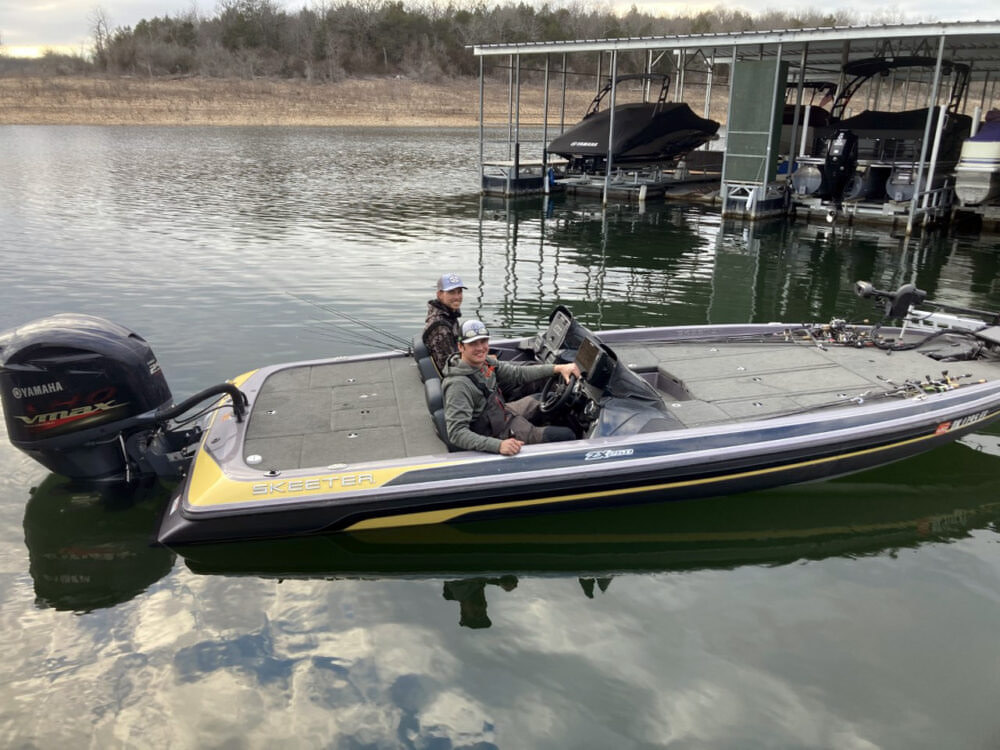