With only one event left in the 2021 Tackle HD Joe Bass Team Trail Bull Shoals season and 8 points separating the top three teams, anglers once again faced a roller coaster of temperatures in the days leading up to the event with highs in the 50’s to below freezing lows. However, the grit and tenacity of the anglers rang through the Ozark hills as 19 teams brought several limits to the scales at Buck Creek Marina.

Besting the field honors was the consistently strong Team Blevins. Eric and Dustin brought five bass to the scales that weighed 20.43 pounds while having their day shut down with a trashed lower unit. Eric openly shared their Sport Boats USA Key to Success was mixing a jig in with an A-rig to catch their fish, which included the second big bass of the day, a toad 6.26 pounder.
Another consistently strong team, Jason Davidson and Darren Tilley, secured second place. A 5.97 brute anchored their 19.53 bag. Sling a rig, they worked through a dozen keepers to amass their final weight.

Tom Mason paired with Chris Reese to round out the top three. Their day centered on catching the right fish, as they boated six keepers for the day. A jig was the bait of choice, allowing them to tank their 18.10 total by 11:00am.

Darrin King and Mark Mahaffey weighed in the Ozark Chevrolet Big Bass, a 6.36 pound kicker largemouth. They padded their big bass check with the Arvest Bank Credit Card Incentive as Mark had his Arvest Bank card in his wallet, netting them a cool $100 bonus.

The last Bull Shoals Division event will be February 6, 2021 at 7:00 a.m. Be sure and show up a bit early for breakfast burritos and coffee compliments of the crew at Buck Creek Marina! 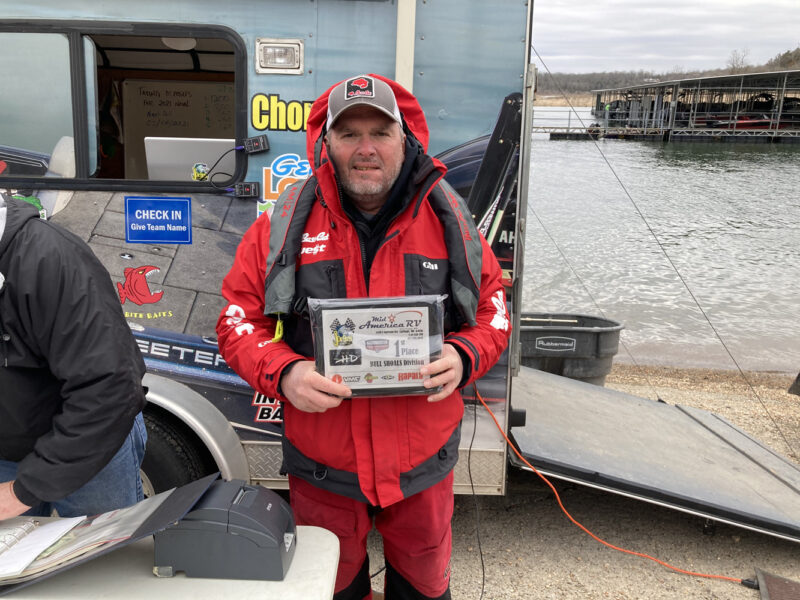 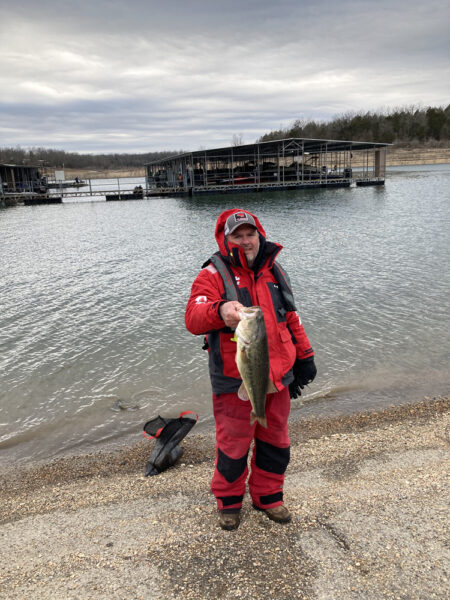 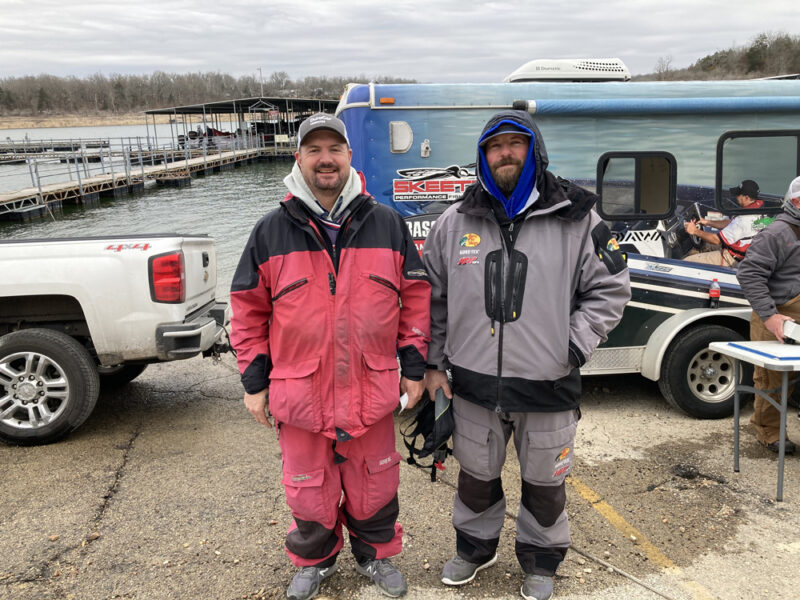 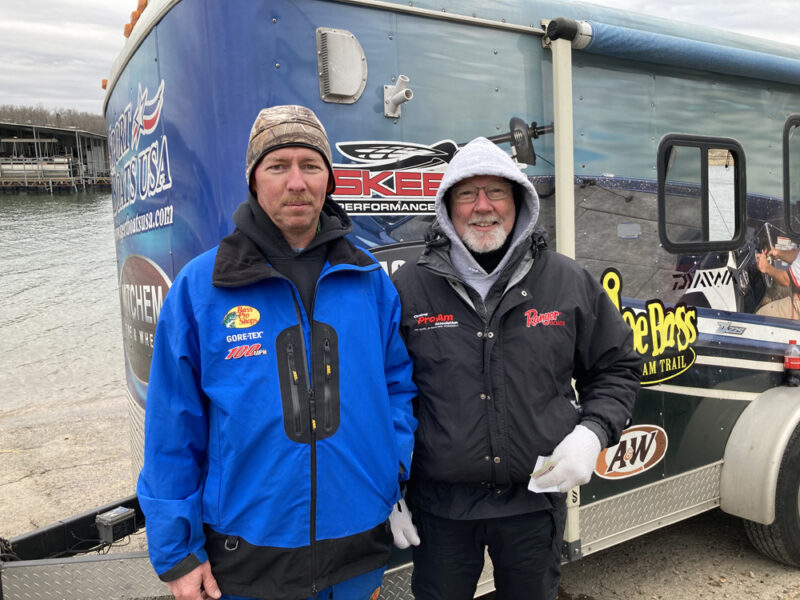 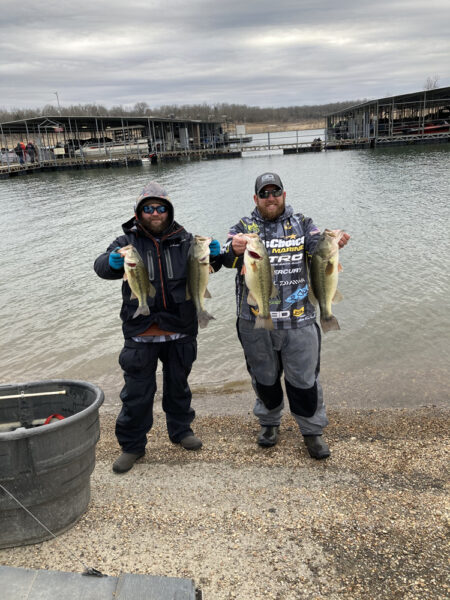 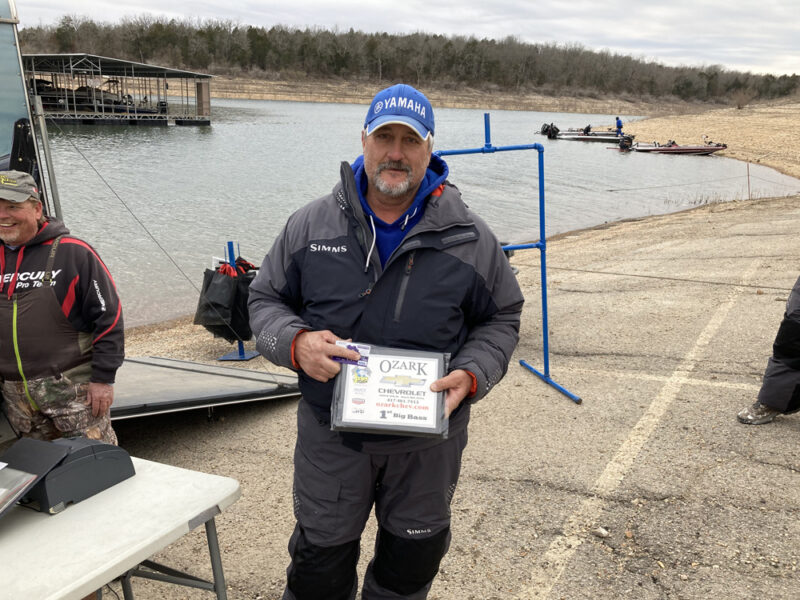 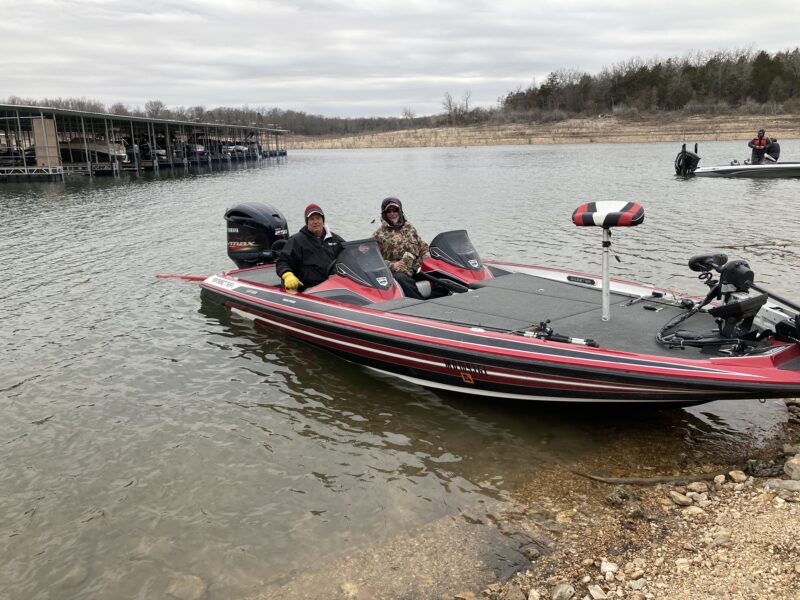