Statistics can always be skewed to reflect an intended result but suffice it to say the anglers competing in the Bull Shoals Division of Joe Bass Team Trails represent some of the toughest competitors in the nation.  The simplest fact to prove that is that it took an average of 20.68 pounds to win the five events in the 2022 season.  The season finale would prove no different, despite a shift from 60 degree temps leading up to the tournament and a high on derby day that fell right at the freezing mark.  As detailed below, it took more than 17 pounds to crack the top three.  Yet, 20 teams gathered at Buck Creek Marina to compete in the event, searching daily bragging rights and valuable qualifying points for the Joe Bass Invitational to be held Stockton Lake next fall.

Proving they are the undisputed champions of the Bull Shoals division, Eric and Dustin topped off the season with their third win.  Their winning bag of 20.19 was pushed along by the Ozark Chevrolet Big Bass, a 5.82 pound lunker.  Dustin hinted at several techniques for their Mid America RV Key to Success , guided by the interviewer’s suggestion they worked an Inurig (look it up) for suspended fish in the Theodosia arm.  There was a quick shift to a mention of an ice rig in the same area, but Dakota Pierce, who took fourth place honors in that area, suggested otherwise.  It’s more likely Team Blevins headed uplake to throw crankbaits and A-rigs at some of their favorite brushpiles.  Congratulations on a stupendous season!

Darrin King and Mark Mahaffey finished the season with a strong second place showing.  They brought 17.52 pounds to the weigh-in.  Mark noted they leaned on the rig, working steeper banks for an all day bite.  Their best five were amassed from the 10 keepers they boated throughout the tournament.

Eric Toliver and Zach Lawrence rounded out the top three.  They were close behind the second place team with a 17.19 pound stringer, anchored by the second place big bass of 5.05 pounds.  Eric shared they also used the rig, finding the morning bite better than late in the day.  They worked through 15-20 keepers to get to their final weight.

Thanks to Darrin for hosting the 2022 season from beautiful Buck Creek Marina, as well as all of the special Bull Shoals Division sponsors.  Along with angler’s support, they are the reason we have a winter division!

The next Joe Bass derby will be the Table Rock kick-off March 5th out of Ahoy’s with 7:00 am takeoff.  Check the Joe Bass website for additional details. 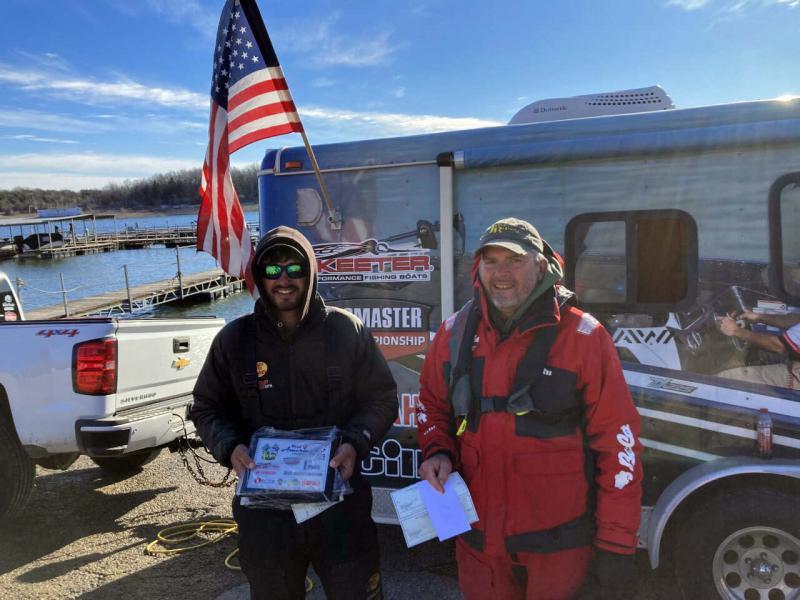 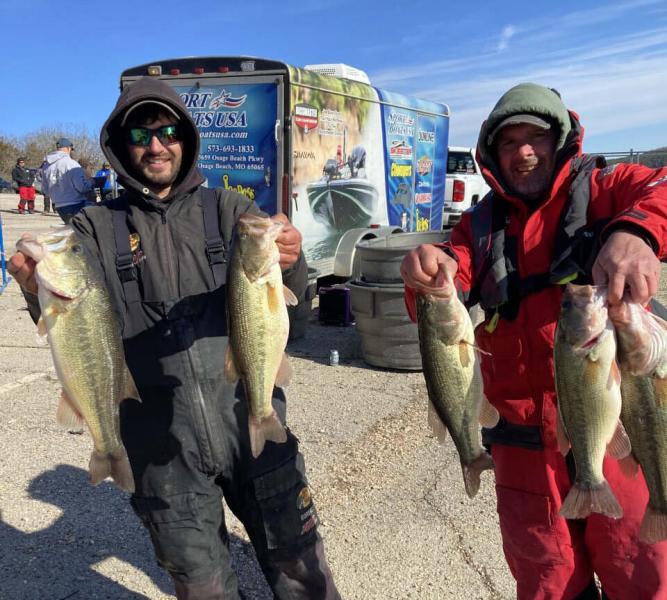 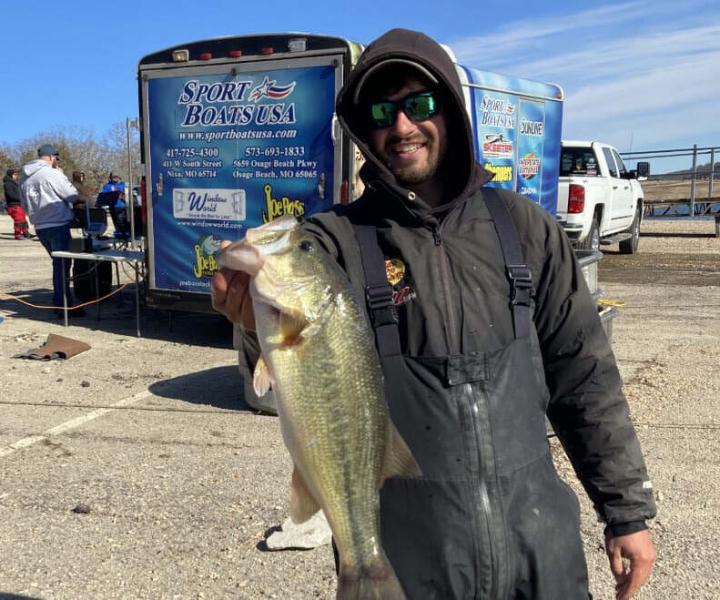 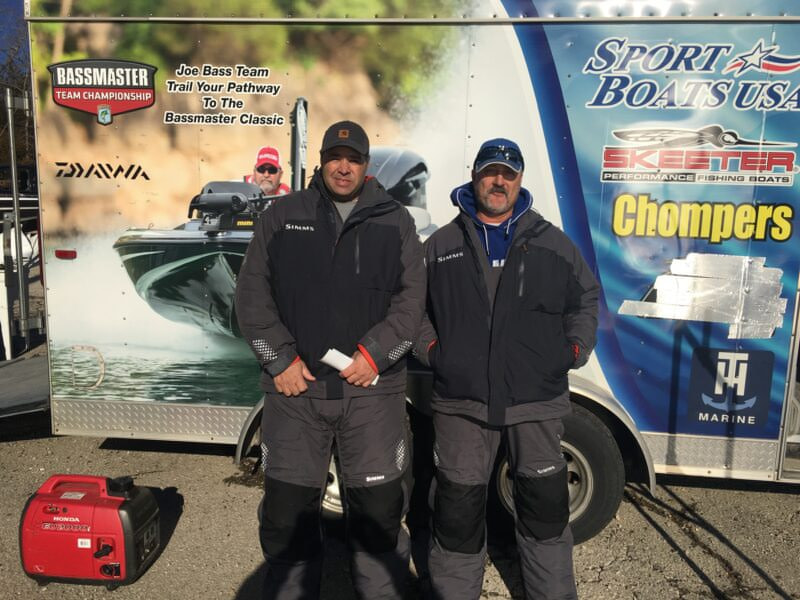 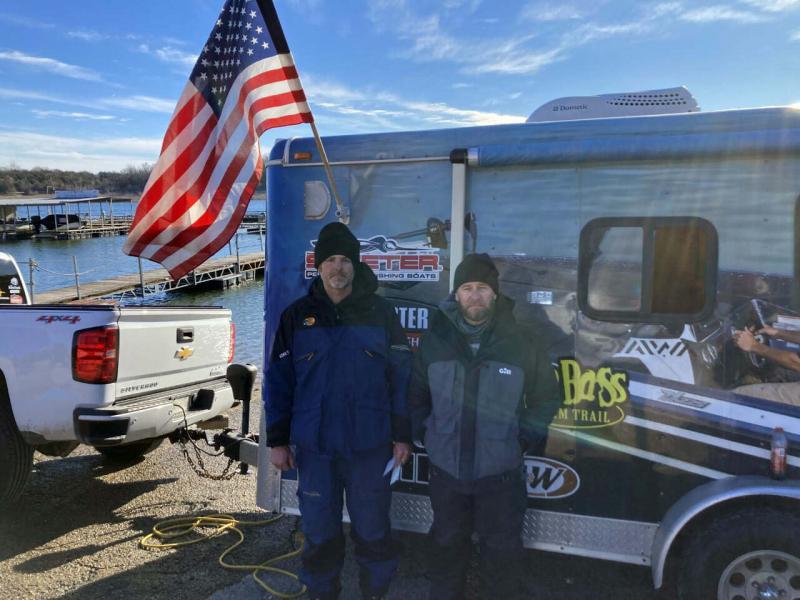 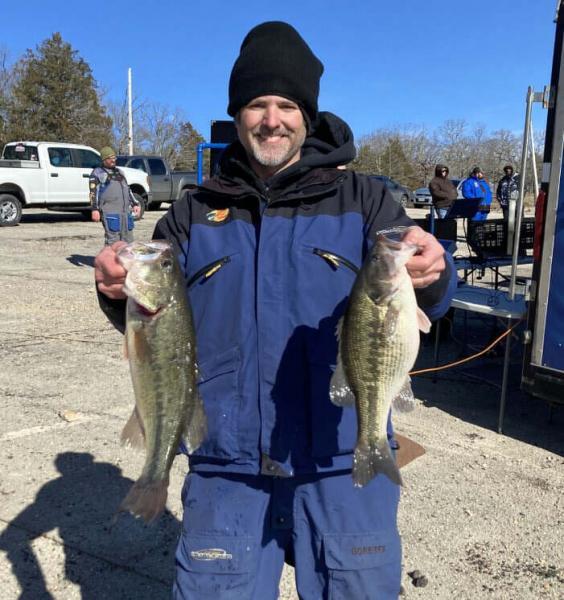 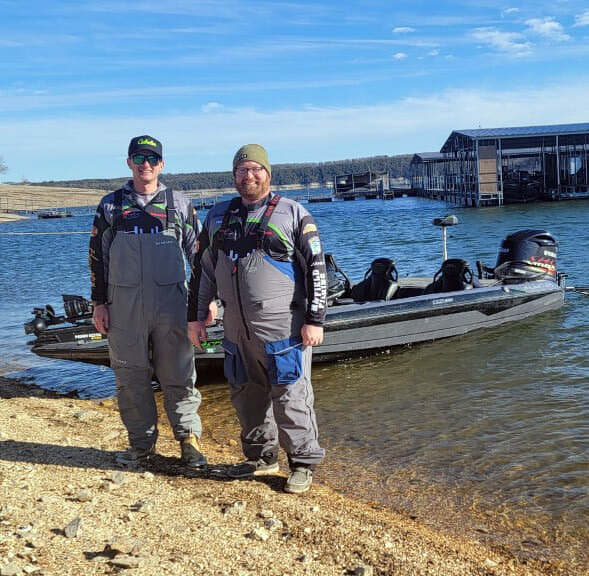