Joe Bass Team Trail kicked off the Table Rock Division sponsored by Chompers with a cold morning but some hot fishing. 56 teams competed for the first win of the 2020 season at Table Rock. The water temps were in the mid 40’s with different degrees of clarity around the lake. Teams reported that A-rigs, Stick baits and jigs were the consistent producers.

The team of Aaron Hodge and James Bailey, both of Harrison, AR, came in with a 5 fish limit that had a 5.85lbs kicker largemouth that totaled 25.86lbs. This earned the team 1st Place. The 5.85 got them 2nd Big Bass.

The team of Kavan Maybee, Alpena, AR and Josh Wray, Omaha, AR, sponsored by Kavan Maybee Insurance and Basscat, weighed in 21.58lbs of bass to earn them 2nd Place. They also weighed in a 7.20lb Largemouth that earned them the Ozark Chevrolet BIG BASS of the Day.

The team of David Rice and Elias Williams, both of Galena, MO, weighed in a 5 fish limit that hit the scales at 20.09lbs for a 3rd Place finish.

Terry Letterman, Springfield, MO, was the highest finishing Skeeter. He fished with Doug Smart of Lampe, MO in his 2020 FXR Skeeter that he purchased from SportBoats USA . This earned him $1000 dollars.

I would like to thank all the anglers for attending the kickoff event for Table Rock. 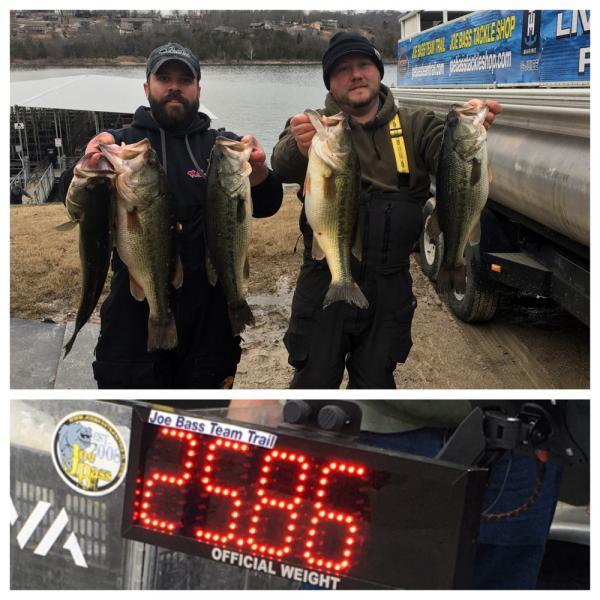 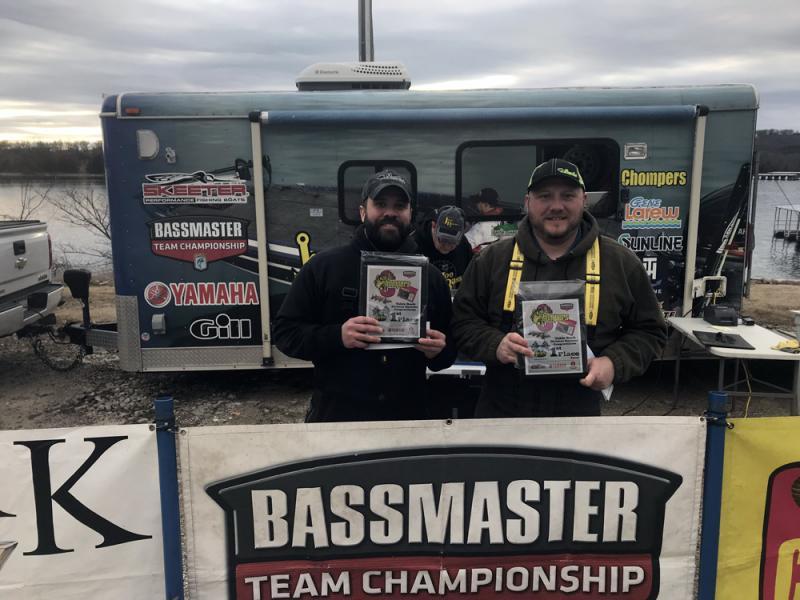 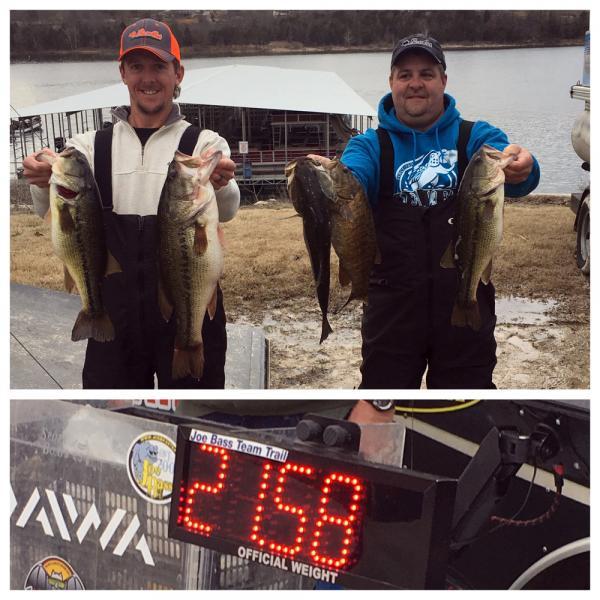 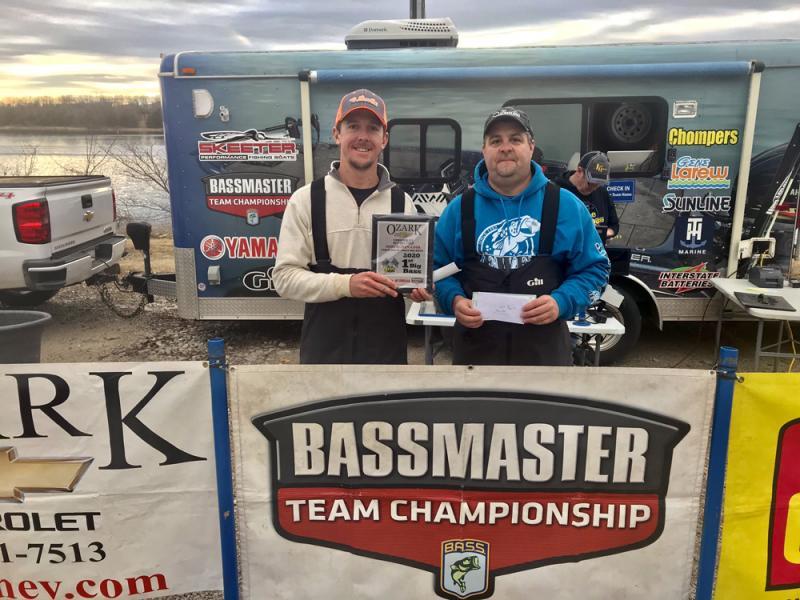 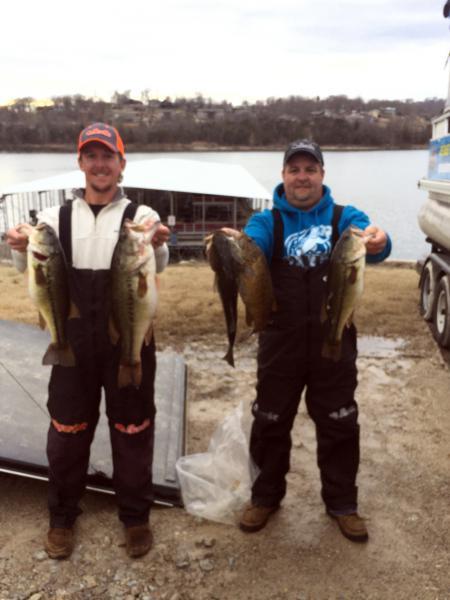 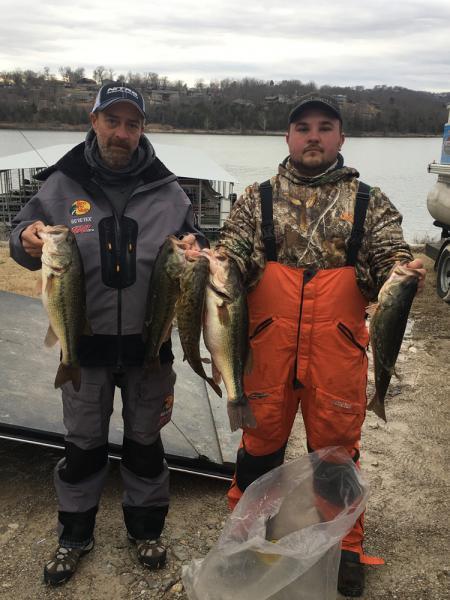 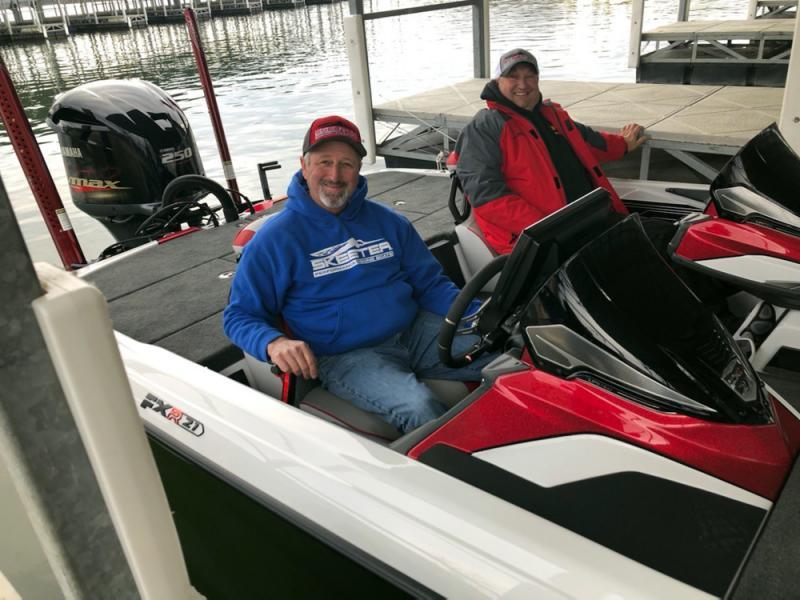