Some believe being local ensures a strong finish in a bass tournament, particularly a winter division event. Some believe the heavy hitters have secret spots, custom lures, or some other sort of panacea that leads them to big stringers of bass. Some even stoop to suggesting improprieties of various sorts. The fact is, you can’t win if you’re not in, as the saying goes. Hard work, determination, improving your skill level; all increase the chances of a great day on the water. All qualities displayed by the 18 hardy teams that gathered at Buck Creek Marina to compete in the 4th divisional event. After an hour or so freezing fog delay, those teams showed the bass would still bite, as it took over 18 pounds to crack the top three positions with 13 limits brought in, rewarded with valuable qualifying points for the Joe Bass Invitational to be held Stockton Lake next fall.

Cody Huff paired with Greg Blair to wrangle top honors for the day. Their five fish limit pushed the scales to 22.82 pounds, anchored by the Ozark Chevrolet Big Bass, a 5.01 pound lunker. Greg shared their Mid America RV Key to Success was dropping to fish shadowing shad schools with Cody’s Live Scope skills partnered with a Rapala Ice Jig seeing the majority of service through the day.

Always in contention due to their hard-charging approach, Eric and Dustin Blevins brought a 18.93 pound stringer to the weigh-in to secure a second place finish. Eric noted they stuck to their typical approach of covering water with a crankbait, with a few fish on the A-rig thrown in for good measure. They focused on the 10-12’ depth range in various midlake areas.

Don Parkin and Rodney Shockey delivered a heavy 18.48 pound bag on the scales to round out the top three. Don noted they also dropped Rapala jigs to bass located with their Garmin. Finding the shad was the key, with schools hard to come by. Don listed areas of the lake they graphed extended from near takeoff to far downlake.

Mark and Markie Thompson covered some expenses by taking Top Skeeter honors with a limit pushing the scales to 15.11 pounds. They leaned on the rig, running Mark’s 2020 ZX225 Skeeter between Shoal Creek and Lead Hill.

The final event of the Bull Shoals Division will take place February 12th with a 7:00am takeoff from beautiful Buck Creek Marina. 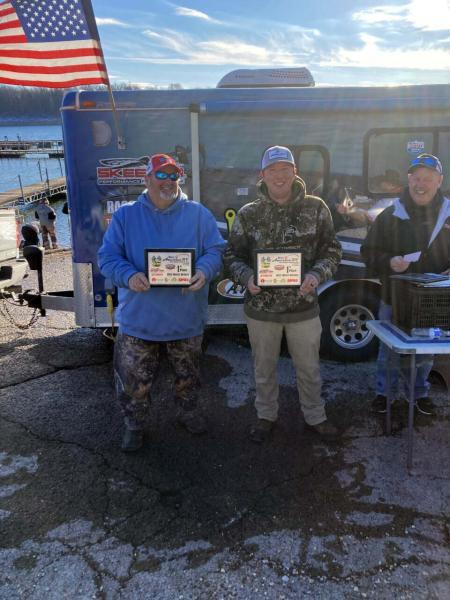 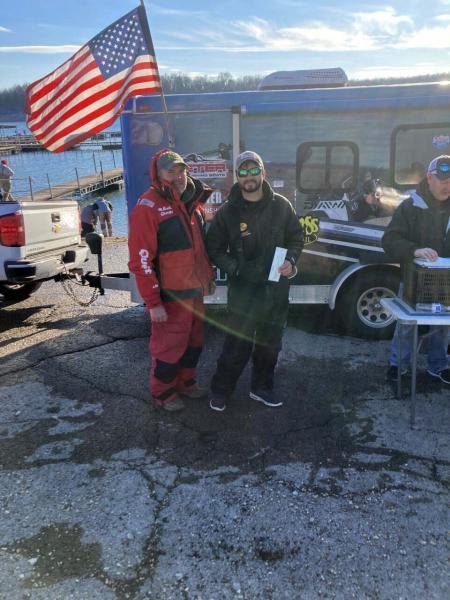 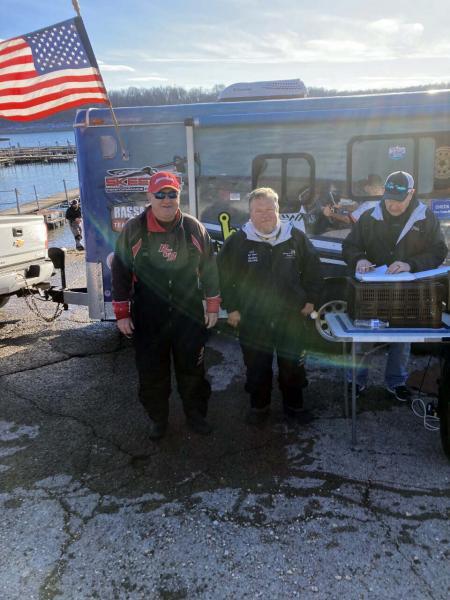