Still tough for most at Lake of the Ozarks!

You would think a week of consistently warmer weather, sunshine and fairly stable water levels would improve the bite at Lake of the Ozarks. However the pre tournament talk was all about how tough the bite was, that the normally reliable lower end of the lake was fishing like the Dead Sea (since December) and how hard it was going to be to fool 5 keepers into biting.

Taking the top spot today was the Father Son team of Scott and Scott Danek. The Nitro, Mercury sponsored team built on their second place finish from the weekend before, Fishing from Buck Creek to the mouth of the Glaze arm. The team found a few willing fish early, but that bite faded as the sun got higher. So it was adjustment time. Team Danek went to windy transition banks with brush fishing white jerkbaits and a spinnerbait to fool the rest of the 7 keepers they had on the day. In the end their best 5 fish pushed the scales down to 17.21 pounds! Included in their limit was the Ozark Chevrolet Big Joe Bass weighing 5.48 pounds!

Taking the runner-up position was the team of Rick Fishback and Terry Blankrnship. Rick and Terry fished windy secondary points with, you guessed it, Crank Wraps jerkbaits. the team utilized the Humminbird Minkota One Boat Network to find and keep them on the key spots where active fish were staging. Although only bringing in 4 fish Rick and Terry were on the right ones weighing in 4 bass for 15.18 pounds. Included in their bas was the second big bass weighing 5.27 pounds. Rick and Terry are sponsored by Nitro, Mercury, Humminbird, Minkota, Pro’s Choice Marine, Lew’s, Crank Wraps, Chompers and Jakked Baits.

Well for the second week in a row the team of Roger and Chase Fitzpatrick had a tough day finding the fish. At the end of the day the team again only had one keeper fish weighing 4.86 pounds. However, it was big enough to make them the highest finishing Skeeter owner. Roger and Chase are sponsored by Chompers, Daiwa, Lowrance, Lunker Lure, Minn Kota, Omega Tackle, P-Line, Powerpole, Skeeter, Sports Boats USA, St. Croix Rods, T&H Marine and Yamaha.

Thank you to everyone who participated in the Ozarks Division under the most difficult winter fishing conditions many can remember. Also thanks to Alhonna Resort for your hospitality and support of Joe Bass Team Trail. 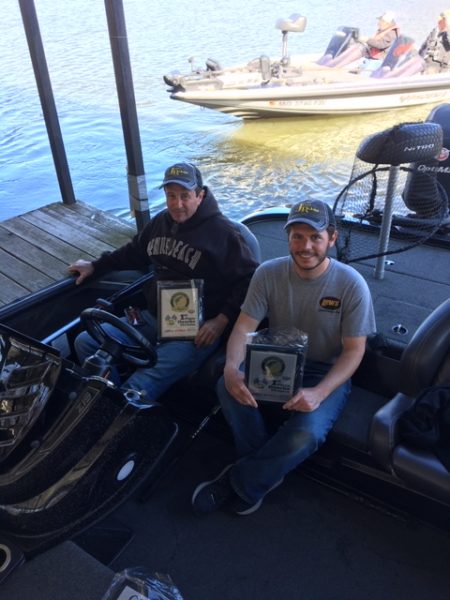 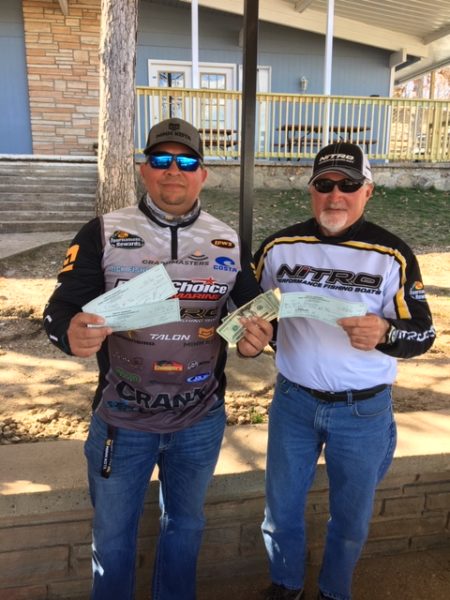 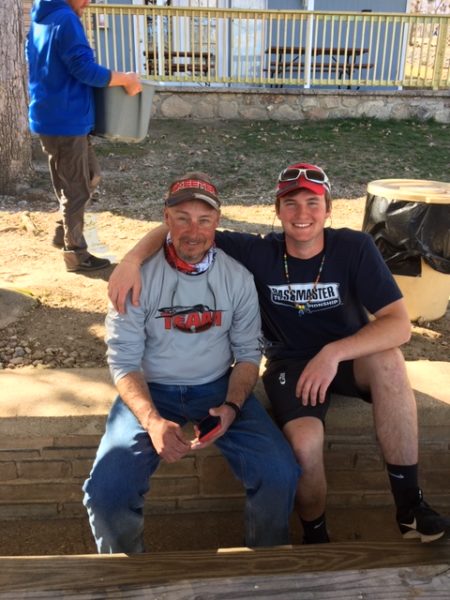