Spring has sprung and the April showers have arrived. The anglers took out on a cool morning with rain and wind. Water temps and water clarity around the lake varied depending on which arm they went up. Most fish appeared pre-spawn but a few did have beds made. The baits used in todays event varied as much. Some used stick baits and A-rigs, while others were using flipping baits and spinner baits.

The Joe Bass sponsored team of Jeff Bradford and Brian Vote, Strafford MO, fished mid lake to bring in the biggest sack of the day with 15.49lbs. Brian stated they did alot of the above mentioned baits not finding one magical bait in the bunch.

Craig Dort and Tony Johnston, Rogersville, MO fished out of Craig’s 2010 Skeeter and brought in the second highest weight 14.22lbs. This earned Craig the Top finishing Skeeter of the day bonus. Tony also caught a largemouth that weighed 4.70lbs that earned the team the OZARK CHEVROLET BIG BASS of the day. Tony also banks at ARVEST BANK. He pocketed another $100 for his catch.

The husband/wife team of Rich and Jacci Gamble weathered out the rains and brought in a sack that weighed 13.99lbs. Earning them the 3rd place spot. 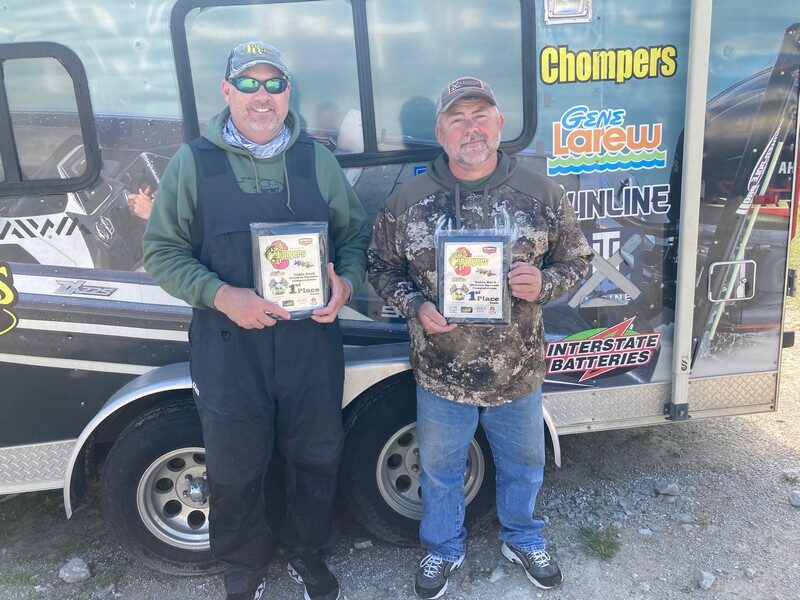 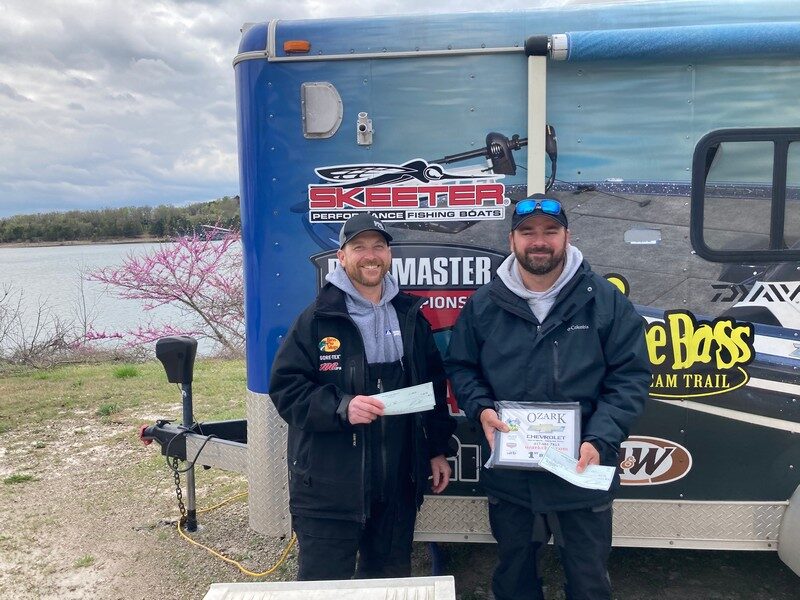 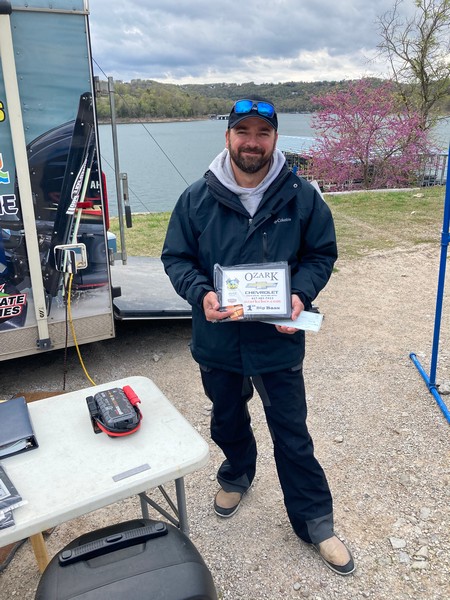 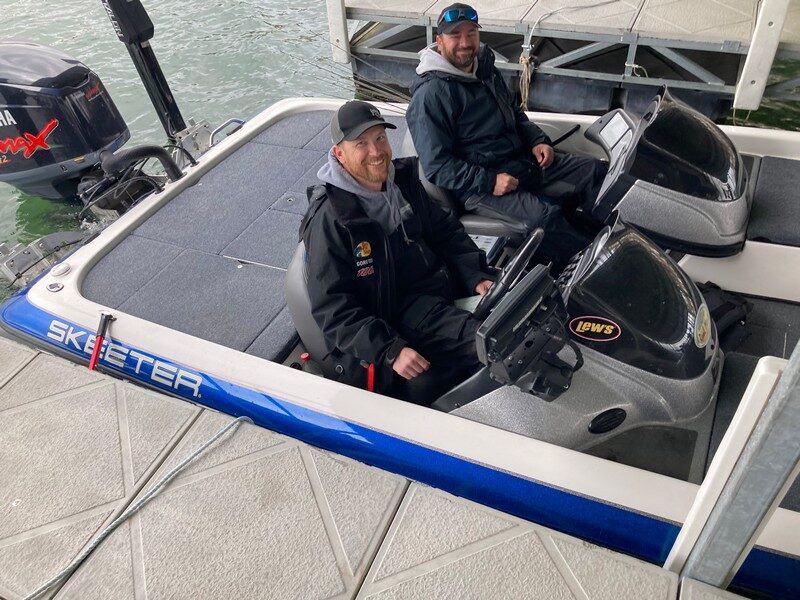