The early tournaments of the 2022 Joe Bass season have all dealt with huge swings in conditions, and the kick-off for the Truman Division sponsored by Everharts Outdoor Store was greeted with more of the same.  In the week leading up to the event, temperatures, were moderate before tanking with freeze warnings and flurries for Thursday and Friday.  With the passage of the front, tournament day brought temps in the mid 70’s but horrific winds out of the south, making long runs brutal while staying close forced anglers to deal with boats from another big event.  However, the skill level of the Truman anglers shown through bright and clear as 95 teams launched in search of daily bragging rights and valuable qualifying points for the Joe Bass Invitational to be held Stockton Lake next fall.

Starting the season off right was the long-time Truman team of Chris and Charley Thomas.   Their best five fish limit from the seven keepers they caught pushed the scales to a winning 17.75 pounds.  Team Thomas shared their Everharts Keys to Success involved working jerkbaits anywhere they could find a spot to fish given the number of boats on the lake.  They did note they fished a variety of banks from bluff end points, flat pockets, and mixed rock, choosing to stay on the trolling motor and keeping a bait in the water.

Just behind the leaders was another veteran Truman team, John Bennett and Darrell Reach.  Their tournament limit weighed in at 17.63 pounds.  John shared that they stayed fairly close due to the predicted winds, which proved to be a wise move.  Working swimbaits in areas they would typically throw their tournament-tested combo of a jig fished behind a spinnerbait brought their bites.  John also noted the afternoon bite seemed to improve, as they had only two fish at 11:45.

Maintaining the vast Truman experience model, Ricky Clemen and Phil McKinney rounded out the top three with a solid 17.28 pound limit.  Phillip said they caught fish on a variety of baits including a jig, spinnerbait, and a beaver-style bait, but admitted Ricky’s touch with a jerkbait proved to be a key to their success.

Marty Watson and Doug Long also took home some bonus money as they put a 15.72 pound limit in Doug’s FXR Skeeter boat, good enough to qualify for the daily Top Skeeter honors in addition to an 11th place check.

Special thanks to Everharts Outdoor Store, Lakes Inn , Truman Lake Fishing Intel, and Anglers Port Marine for their outstanding support of the division.

The second Joe Bass Truman derby will be Sunday May 15th with a 6:00 am takeoff from Shawnee Bend.  Please note the monthly takeoff time and be sure to show up early for check-in in order to ensure a timely takeoff. 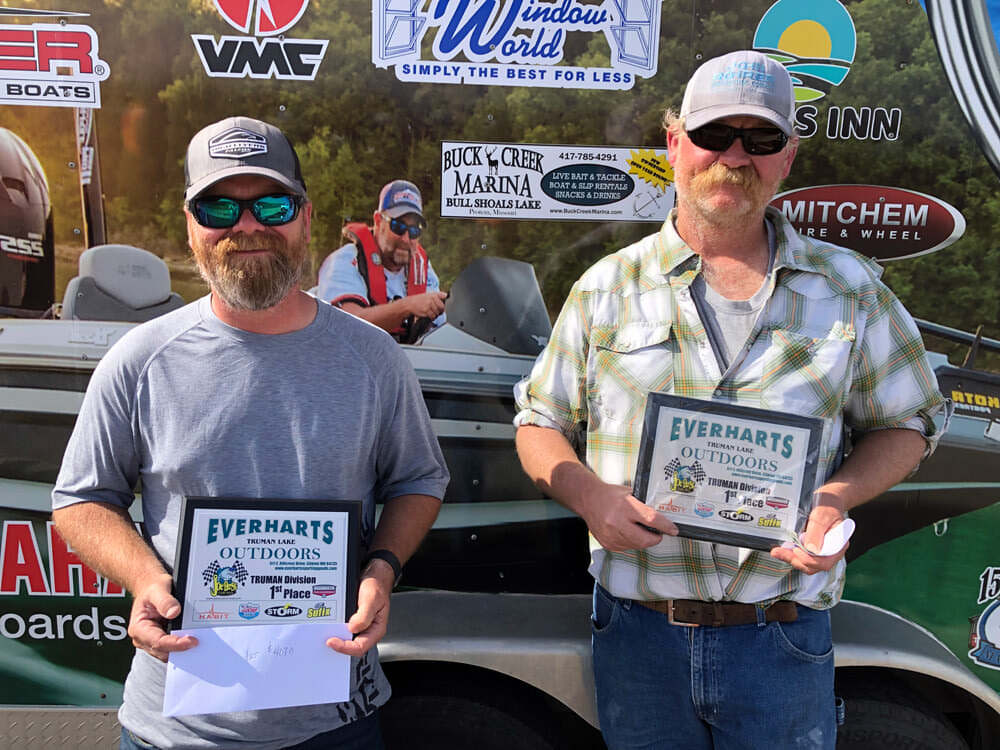 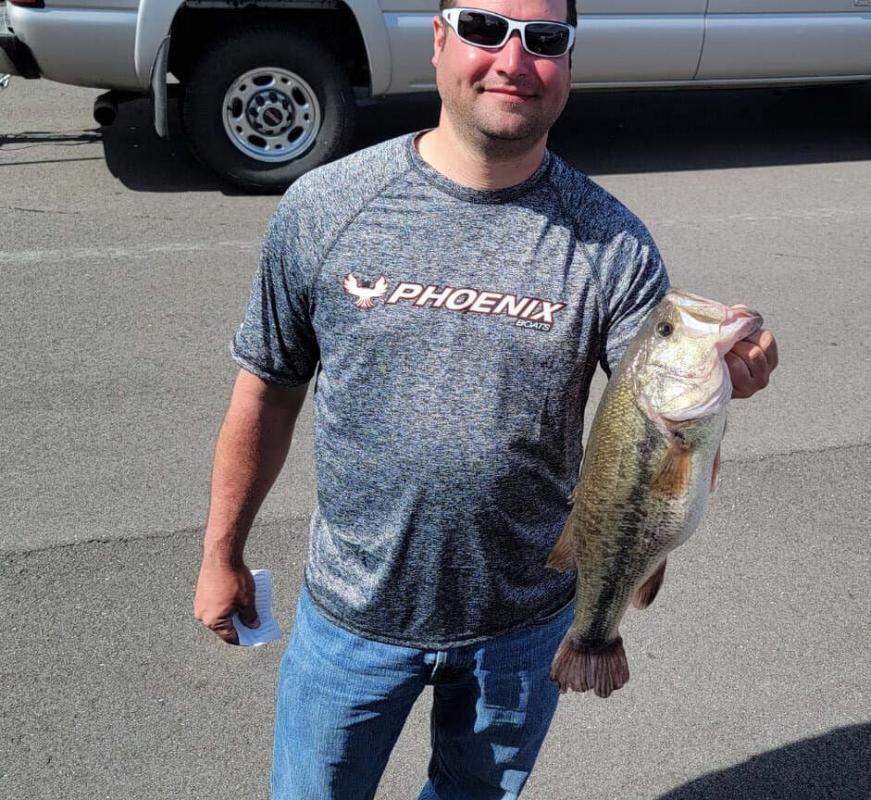 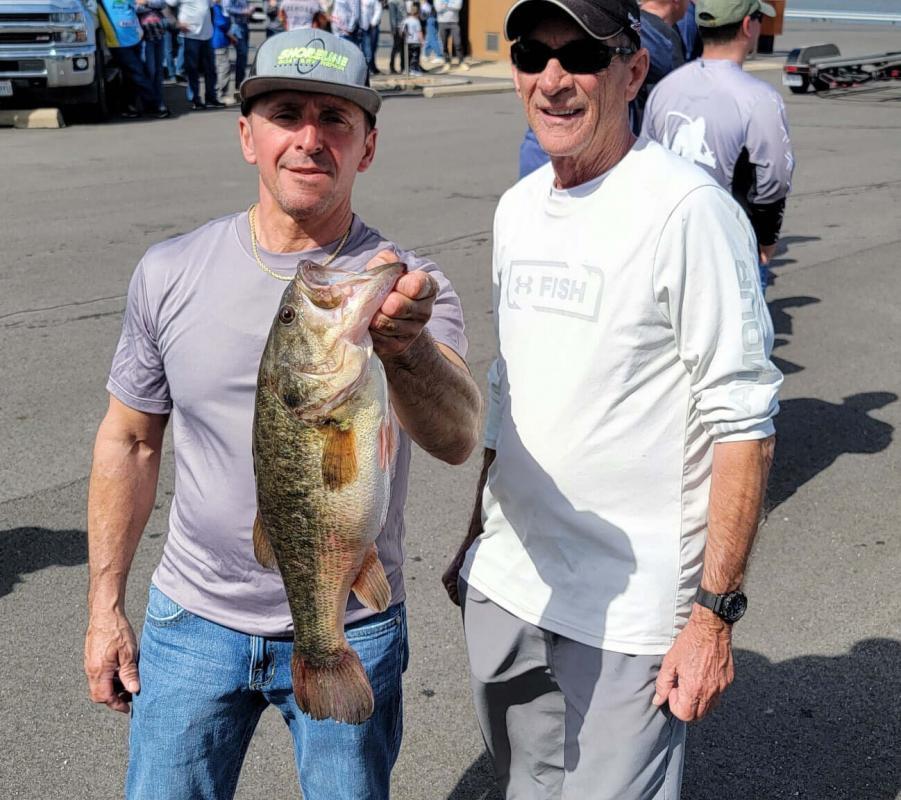 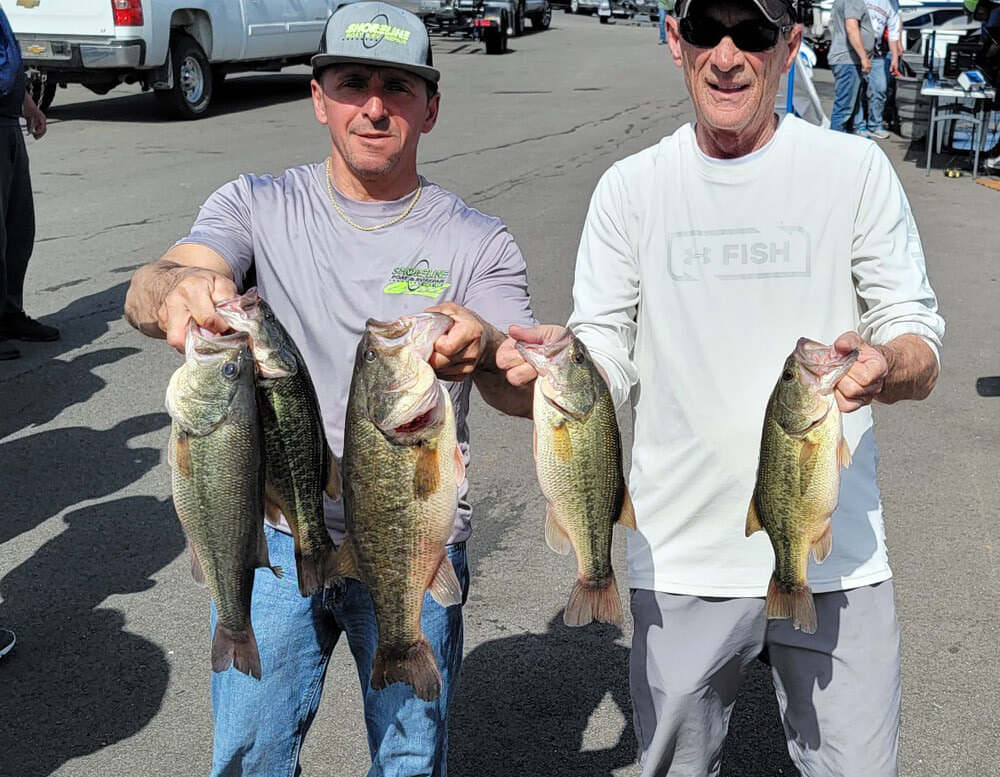 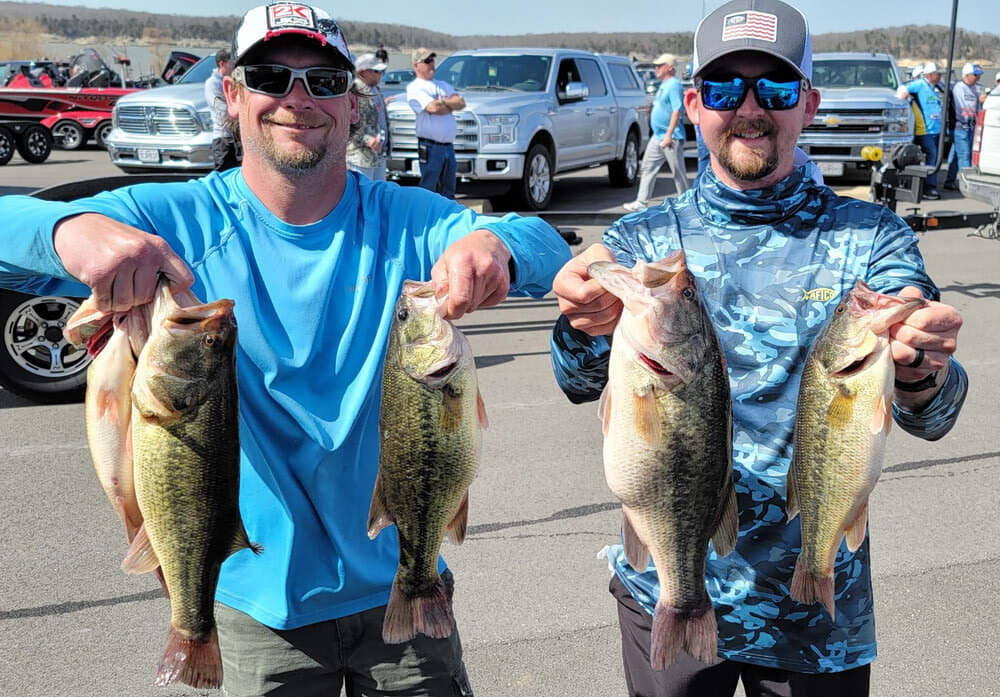