Hendricks and Zumwalt “Go Blind” for win!
Tucker and Kunkle go shallow for second!
Huskey and Hulsey jig their way to third!

Way below normal water temperatures and a fast rise and fall in lake level, had the fish for the most part in a very negative mood, withmany anglers reporting any pre-practice a total waste of time. Watertemps were in the mid-40s to low 50s with most areas being stained to murky, a bad combination for the anglers attacking the north eastern Missouri reservoir.
However, some of the teams, as always, perseviered over the conditions
and made it to the check line.
Taking the top spot today was the defending points champions Keith
Hendricks and Greg Zumwalt. Keith and Greg used a simple approach “Even a
Blind pig finds an Acorn once in a while”. Meaning those fish will eat,
they just didn’t know when. Keith stated that their many years fishing
Mark Twain they knew the early season bite would be slow and they needed
to capitalize on any bites they got. Keith and Greg fished a variety of
lures on main lake and secondary points, along with steep rocky banks just
inside creek mouths. At the end of the “Grind” Keith and Greg dropped 4
keepers on the scales weighing 14.94 pounds. Included in their bag was the
Ozark Chevrolet Big Joe Bass weighing 6.13 pounds. By the way Keith said
that was his only bite of the day and fell for a Chatter Bait.
Keith and Greg are sponsored by 154 Marine, Gene Larew, HPW Lures, JC
Auto and Truck Parts, Crop Rotation Services, Dyna Gro Seed and Jack’s
Harbor Marine.
Grinding their way to second place was the 154 Marine sponsored team of
Mike Tucker and Corey Kunkle. Mike and Corey focused on the mid-lake
area fishing the backs of main lake pockets with jigs in less than 6
feet of water. Mike felt the colder water (44 to 48 degrees) kept the
fish from relocating and made for a patter they could run all day. The
team reported catching 2 keepers early then weeded through several
shorts before popping 2 more keepers from their primary area during the
last hour of the tournament. At the end of the day Mike and Corey
weighed in 4 keepers for 10.33 pounds. Mike was also the Highest
Finishing Skeeter Owner Fishing out of his 2014 TZX195.
Taking the third spot today was the team of Jason Huskey and Bryan Hulsey.
The Flooring Systems and Karrenbrock Excavating sponsored team drove
their Skeeter Boat to the Lower end of Mark Twain lake and focused on
transition banks where large rock intersected with fist-sized rock. Jason
and Bryan fished jigs in 3 to 6 feet of water catching two fish early,
then managed just one bite the rest of the day. Jason thought the fish
were suspending off the bank. At the end of the day their 2 keeper bag was
good enough for 3rd place weighing 7.64 pounds. Included in their sack was
the second Big Bass weighing 5.45 pounds.
Our next 154 Marine Mark Twain Division tournament will be May 6th Robert
Allen Ramp 6am Take off.
Host Lodging for Joe Bass Team Trail at Mark Twain Lake is Country Inn
Resort (573) 267-3800 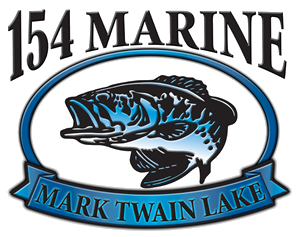 154 Marine is a small business that has worked day and night to get where they are today. Their customers mean a great deal to them, so they do everything they can to keep them coming back. 154 Marine offers quality products with a quality reputation that they are proud to stand behind. 154 Marine offers a wide variety of boat styles so there is something for everyone from bass boats, pontoons, jon boats, sport boats, and quite a few in between. Their service department is top notch helping get your family back on the water fast. Joe Bass Team Trail authorized Skeeter dealer. 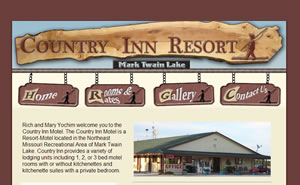