Tournament number 2 on Smithville Lake started out very pleasant but boy did that change in a hurry! The Smithville Division is Sponsored by Burton’s Bait & Tackle in Smithville Missouri.

35 Teams took off from Little Platte boat ramp on Smithville Lake. The teams were greeted with 59 degree air temps and light winds…. AND Then it all changed. The Teams faced winds that reached up to 53 mph on the gust side and sustained winds of 25 to 30mph all day long as the air temps dropped all day long up to the weigh in. Despite all the crazy weather conditions the anglers still managed to figure out how to catch them.

The Team of Nick Hallbeck and Todd Knaack took the win today. This team is well known on Smithville Lake. They ended the day with a great bag of largemouth that weighed in at 18.62lbs. The team stated they caught most of their fish in 4 to 6 foot of water with 57 to 58 degree water temps, mostly on main lake north of the W bridge. The team went through 15 total keepers as well as lots of short fish caught all trough out the day. Nick stated most of the fish came on a homemade jig. They would also like to thank Elite One Exteriors for the continued sponsorship.

Our second place team for the day went to Jeremy Pope and Mike Miller with a weight of 18.21lbs. This team was also near the main lake in 62 degree water. Jeremy made mention that they caught most of the fish on a black and blue jig as well a 1.5 square bill crankbait. This team caught 10 total fish and only culled 1 time for the day. They would like to thank the sponsors of Basspro Shops and Nitro Boats.

Coming in third place today was the team of Mark Mathis and Chris Maccy with a weight of 18.08lbs. This team went not too far off of the main lake in 60 degree water to bolster the 3rd place bag for the day. They caught them on various baits and caught several fish for the day.

Our Ozark Chevrolet Big Bass of the Day Went to the team off Mark Mathis and Chris Maccy they said this fish came on a Jig in 6ft of water in the middle of the day.

The Top Finishing Skeeter went to Justin Bottorff with a very Clean ZX250!! This team is no stranger to the Joe Bass Top Skeeter award as this is the 2nd time they have found success in a Skeeter boat this season!

Our Next Smithville Lake Tournament is Saturday May 21st from 6am to 3pm out of Little Platte Boat Ramp. 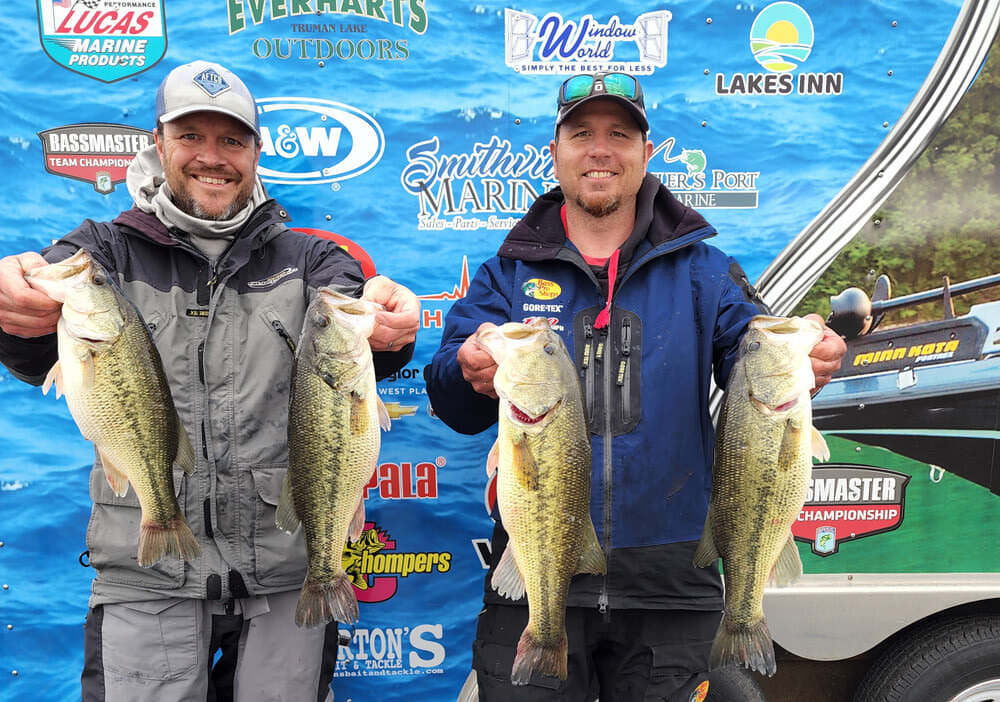 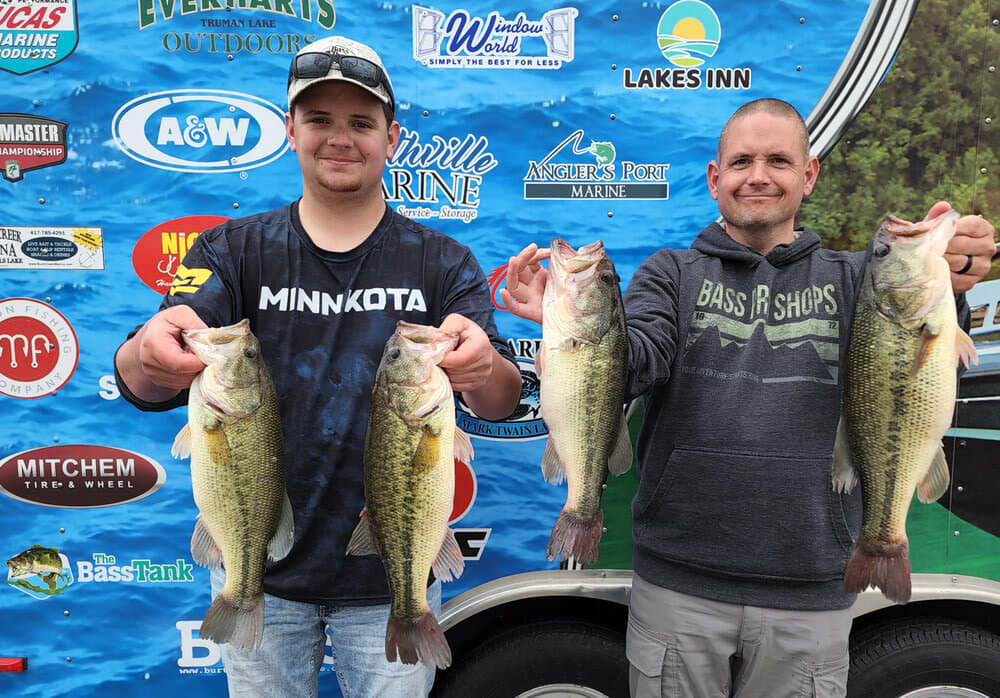 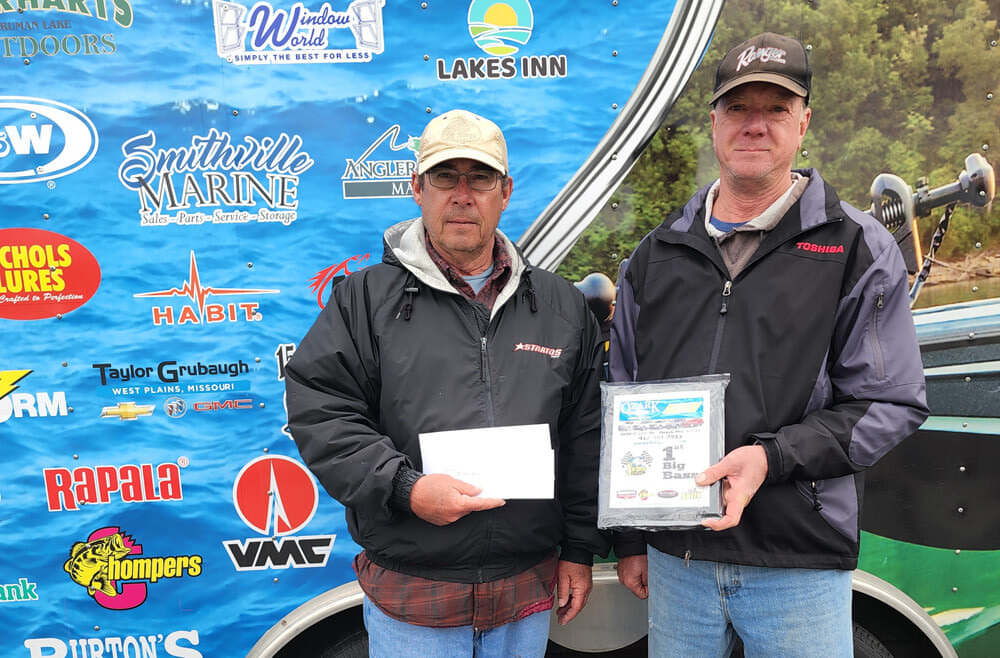 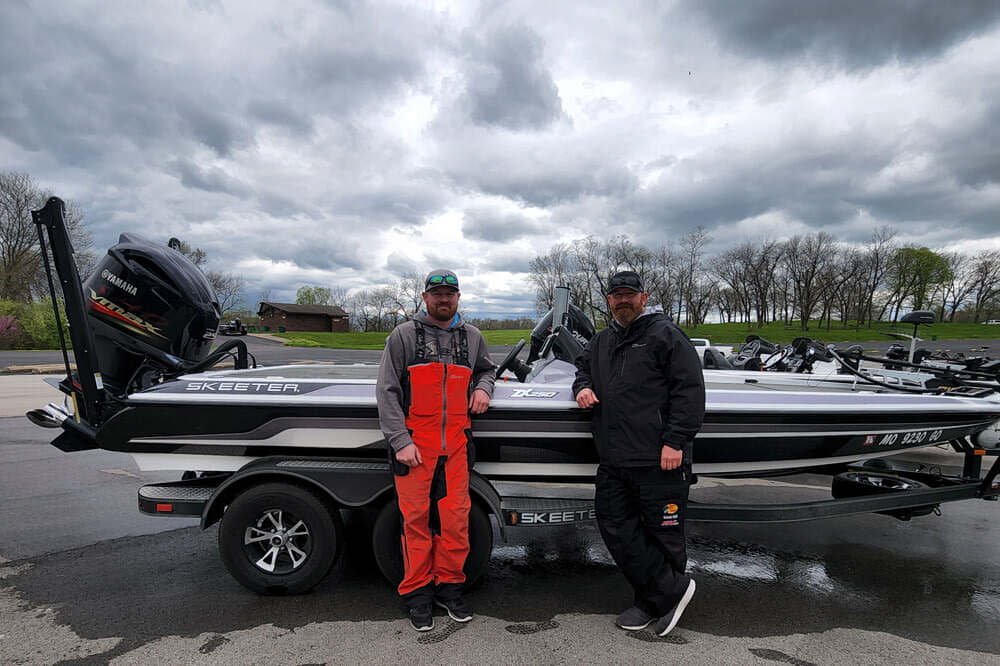