Tournament number 2 on Lake of the Ozarks was windy! The Ozarks Division is Sponsored by Motion Fishing in Lees Summit Missouri.

26 Teams took off from Drake Harbor boat ramp on Lake of the Ozarks. The teams were greeted with 54 degree air temps and 15 to 20mph winds. The Teams faced all day long swirling winds but had some warmer air temps to help with the winds and it had made it to 74 by the weigh in.

The Team of Barry Huwar and Logan Dye took the win today. They ended the day with a huge bag of largemouth that weighed in at 19.28lbs. The team stated they caught most of their fish in shallow water with 60 degree water temps on creature baits. The team had several keepers as well as lots of short fish caught all trough out the day. They said they would also like to thank Pig Punch Baits and Bash Boutique for their sponsorship.

Our second place team for the day went to Fred Jobe and Tom Shewey with a weight of 15.96lbs. This team was fishing from Bolinger to Rainy in 64 degree water. Fred stated that they caught most of the fish on a jig as well brush hawgs in 2 to 6 ft of water. This team caught 15 total fish and only culled 3 times for the day.

Coming in third place today was the team of Jason Weast and Scott Miles with a weight of 14.94lbs. This team said the fished from 2 miles of the take off all the way down to Lick Creek. The water temps they were in was 58 to 62 degrees. They caught them all on jigs on channel swings. The team said they got to cull 2 times as well.

Our Ozark Chevrolet Big Bass of the Day Went to the team of Fred Jobe and Tom Shewey they said this 5.22lb fish came on a brush hawg fishing on a secondary point with pea gravel at 7:30 am!

Our Next Motion Fishing Ozarks Tournament is Sunday May 22st from 6am to 3pm out of Bledsoe Ferry Boat Ramp. 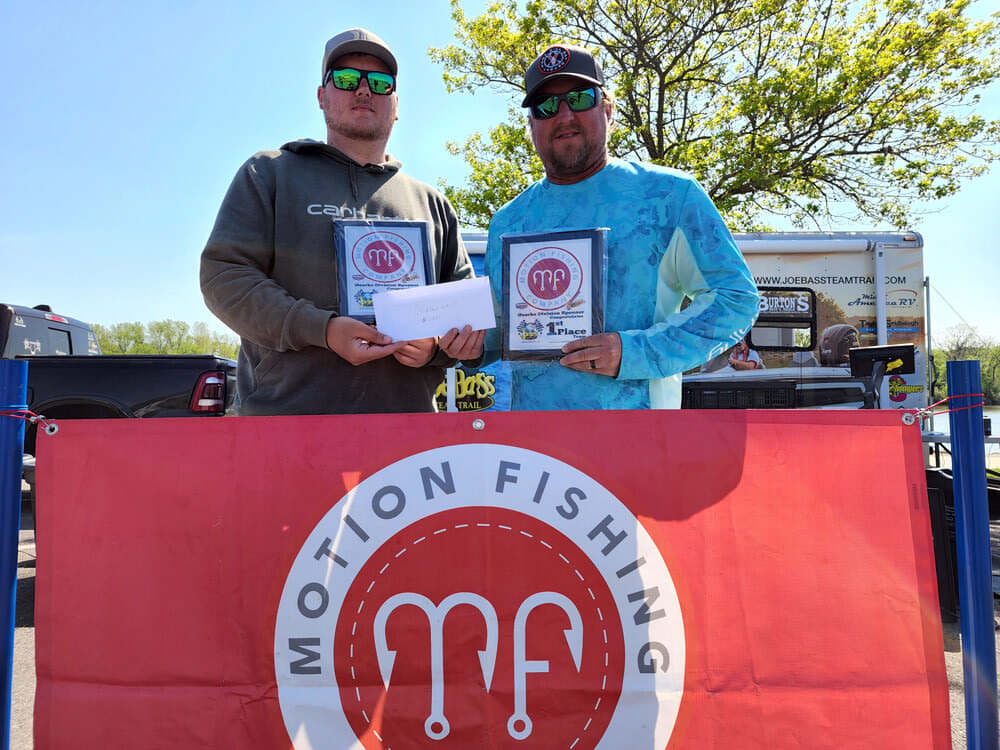 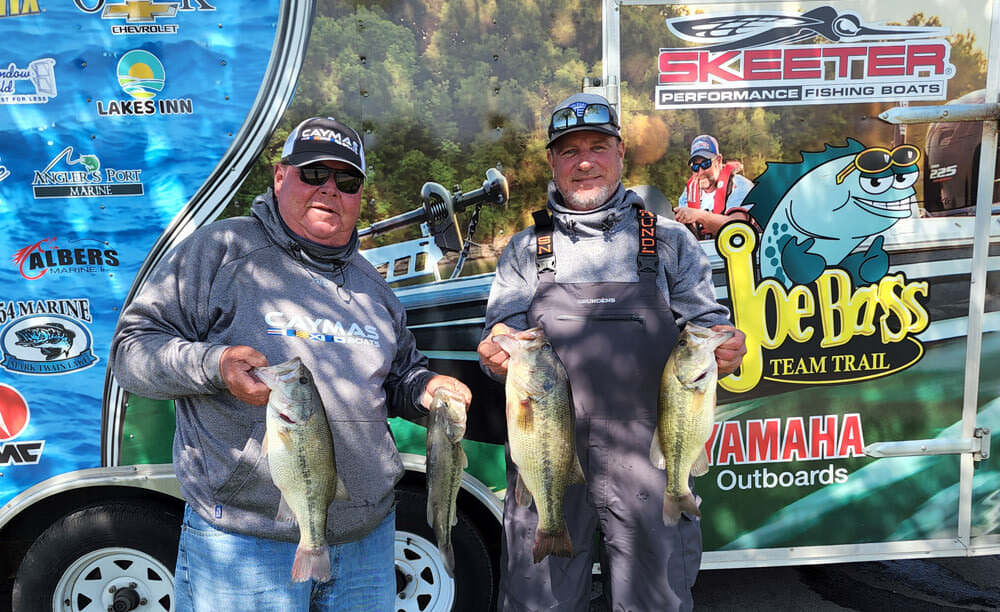 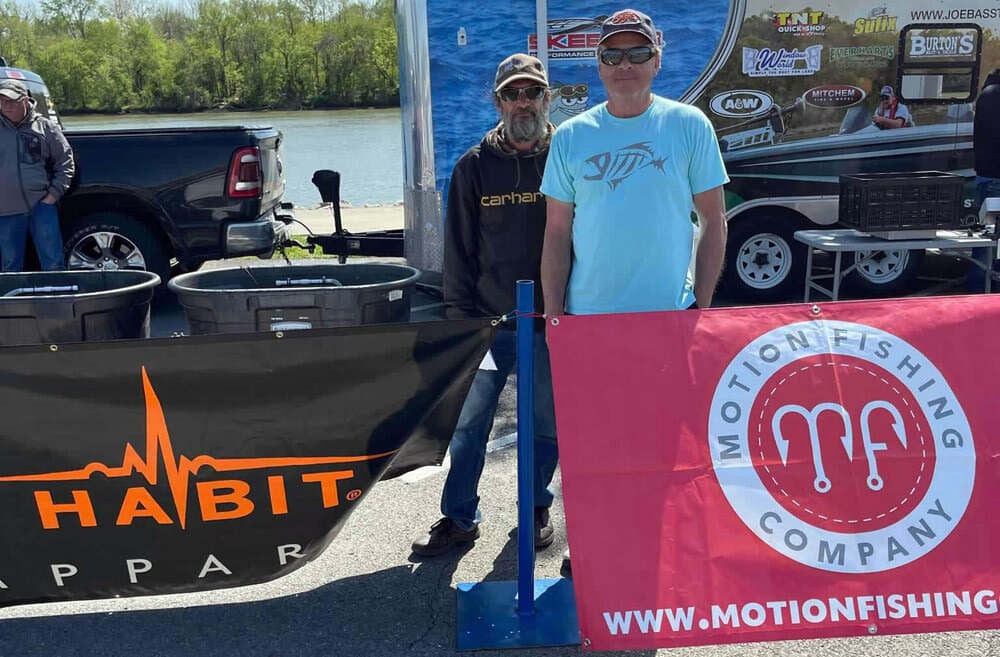 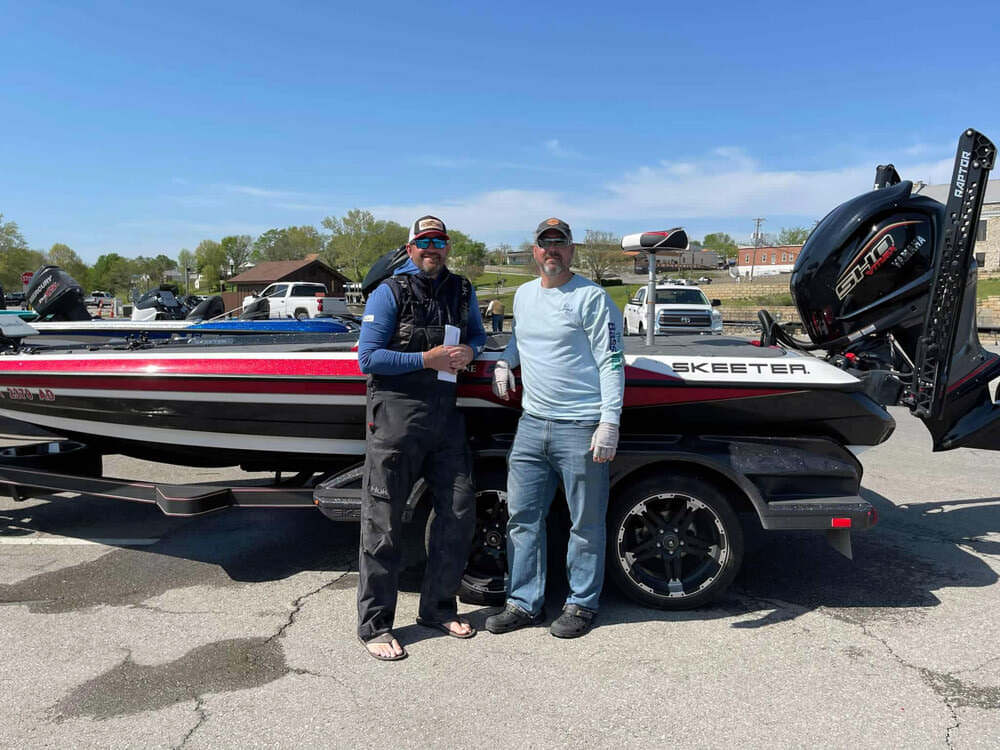