45 Teams came out for the Season Opener for the Tackle HD, Joe Bass Team Trail, Mark Twain Lake Division, sponsored by 154 Marine. The fishing leading up to tournament day was “Spotty” as one day would be good for some and terrible the next as water generation varied from day to day along with several weather fronts moving through the area.

Putting all the pieces together Sunday and coming out on top today was Mike Tucker. Mike said he was fortunate enough to take a couple days off for extra practice during the week but figured out his plan of attack on Thursday, so he did not practice Friday or Saturday to conserve his fish. Mike started fishing shallow pockets and creeks with grass in the Mid-lake area. His Bait of choice was a Buzz Bait. Mike quickly connected with several small keepers and had a small limit by 9am. After the morning bite slowed Mike moved to steeper banks in spawning pockets and pitched and flipped an un-named creature bait finding the bigger females biting in 4 to 5 feet of water, culling out all but one of his topwater fish. In the end Mike sealed the deal with a 5 fish limit weighing 17.15 pounds. Included in his limit was the Second Big Bass of the tournament weighing 5.75 pounds. Mike wanted to make sure to give a Big shout out to 154 Marine for all the help and support the have given him over the years.

Finishing in the number 2 spot today was the Joe Bass Support Staff team of Dominic and Nick Perotti. The father son team also found a few areas that held quality fish in practice. Their approach was go to one of their chosen spots, which weren’t very large and fish every inch of the bank. Their bait of choice, even in that dirty water, was a Senko style bait on a 3/16oz. Texas rig. Dominic and Nick put 2 quality keepers in the boat from their first spot, and and one from another and lost a good fish at their third spot. With time running down the team returned to their starting spot and Nick made a pitch to a stick up and THUMP it was on! After a nice battle Dominic netted their kicker fish of the day and Nick’s personal Best Bass weighing an impressive 6.59 pounds and the Big Joe Bass of the tournament. Team Perotti came in one fish shy of the tournament limit of 5, but their 4 fish weighed an impressive 15.47 pounds.

Taking third was the team of Chris Janda and Rowdy Yates. Chris and Rowdy Fished the lower end of the lake early and Mid-Lake later in the day catching multiple keepers on creature baits and plastic craws. Chris and Rowdy’s best 5 fish weighed in at 14.66 pounds.

Big thanks to Rolling Smoke BBQ for cooking some great food that the teams enjoyed after a long day on the water. 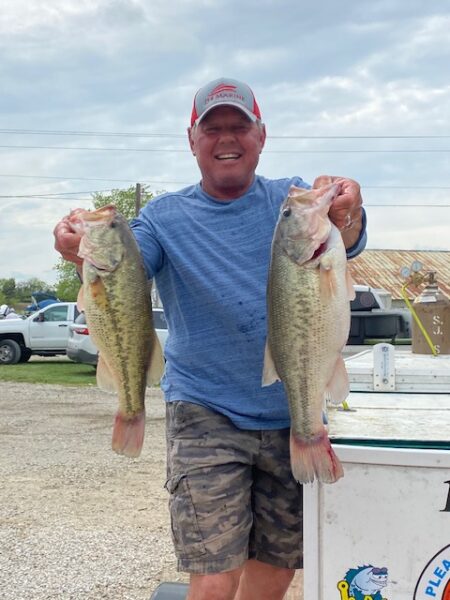 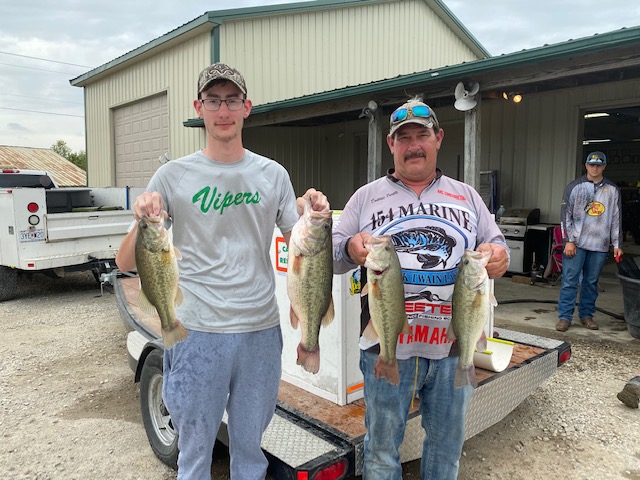 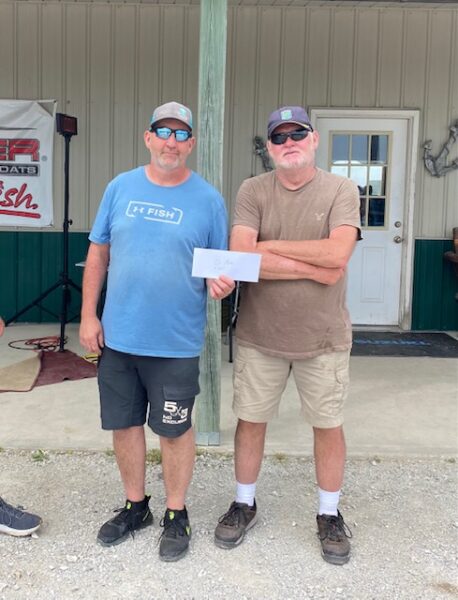 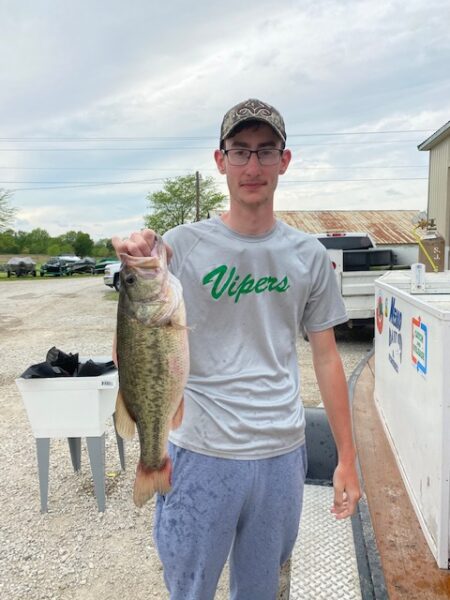 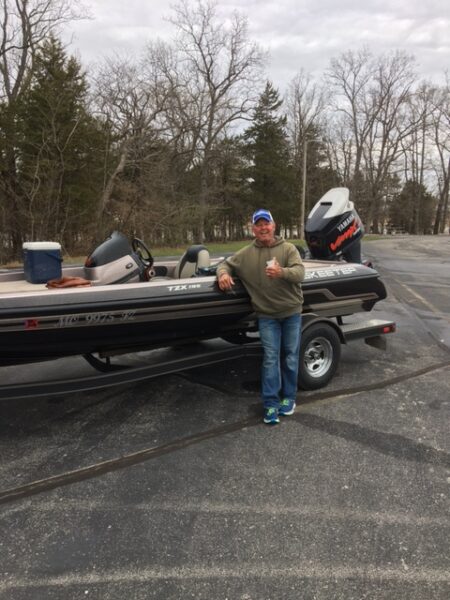