The third derby in the Table Rock Division sponsored by Chompers continued the season-long mantra of change, with anglers facing a lake level that had jumped 12 feet in only a couple of days, with the rise still in progress.  Combined with a roller coaster of temperature swings, the annual pilgrimage to the spawning banks was tossed a major league curveball.  The combination resulted in an incredibly tough bite, as 43 teams struggled to bring a total of 64 fish to the weigh in scales.  That made the competition for daily bragging rights and valuable qualifying points for the Joe Bass Invitational to be held Stockton Lake next fall even more difficult.

After nearly a two-hour fog delay, Dan Stone and Craig Smith took off from Ahoy’s and returned with a winning stringer weighing 13.47 pounds.  With the water in the bushes, the Chompers Key to Success involved flipping plastics, which was made difficult given the water clarity; ultra clear on the lower lake, muddy up the creeks.

Only a half-pound behind, Bill Hayford and Peyton Rose were surprised as their 12.92-pound bag held on for a well-earned second place finish.  Their bag was anchored by a solid 4.05-pound kicker, pushing them up the leaderboard.

Rounding out the top three, Rich and Jacci Gamble dropped 12.48 pounds of T-Rock bass on the scales.  They also had a solid kicker, with a 3.68 pounder making the difference in their day.

Special thanks to Chompers for their outstanding support of the division.  Don’t forget Catch Em All Bait & Tackle as they have offered a 10% discount for Joe Bass anglers presenting a Table Rock weigh-in slip to the Cape Fair tackle shop.  Be sure and keep your receipts for a chance at $1000 at the Joe Bass Invitational this fall at Stockton.

The fourth Joe Bass Table Rock derby will be Saturday June 18th with a 6:00 am takeoff from Ahoy’s.  Please note the monthly takeoff time and be sure to show up early for check-in in order to ensure a timely takeoff. 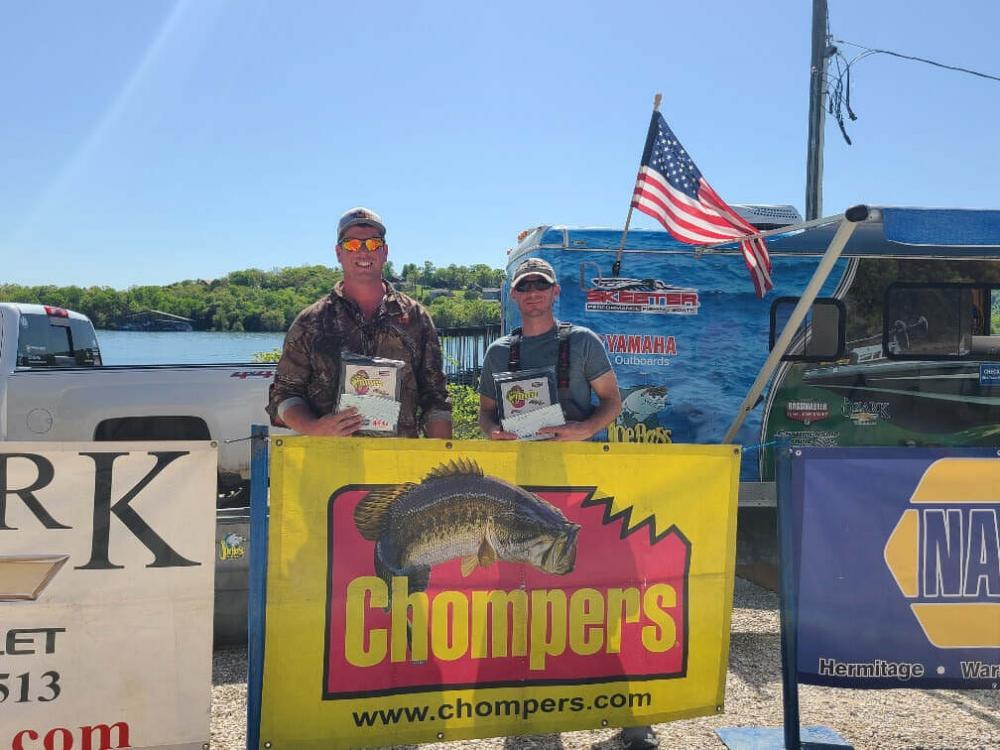 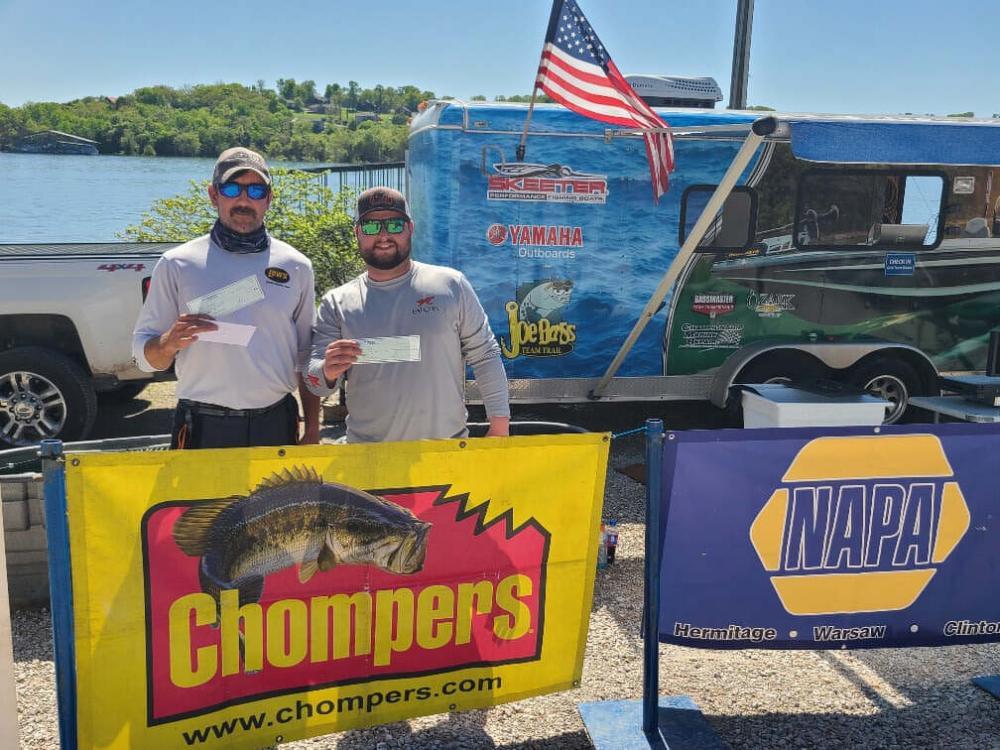 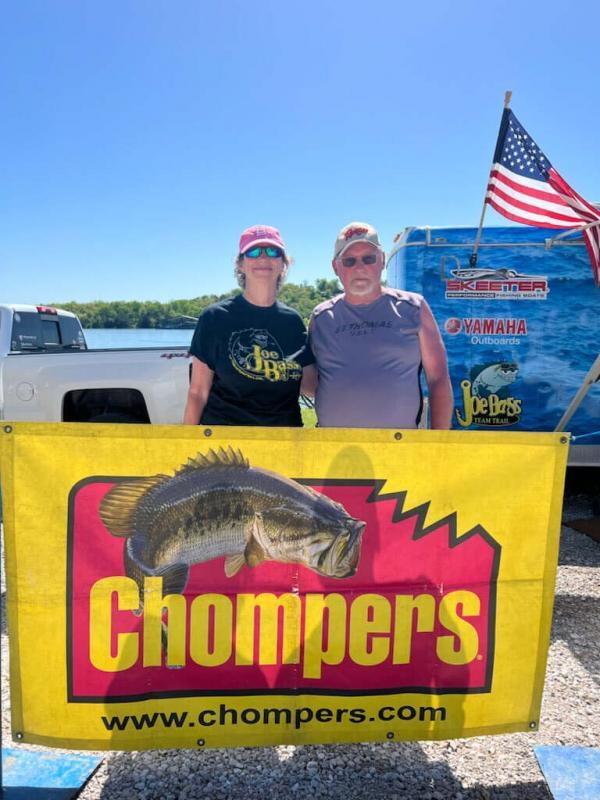 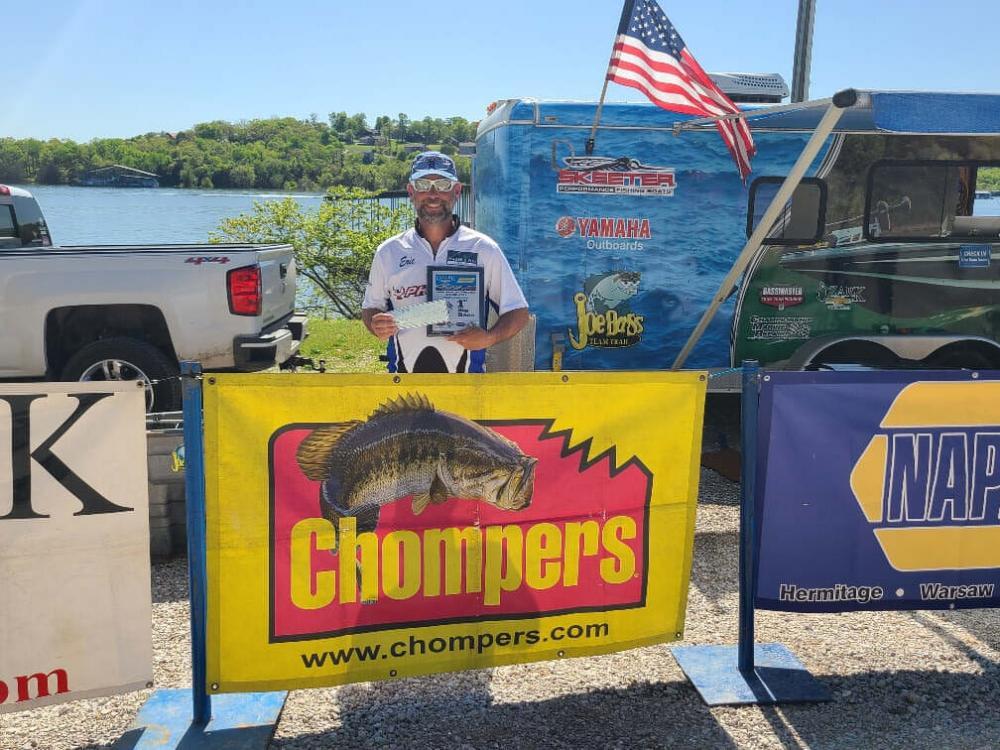 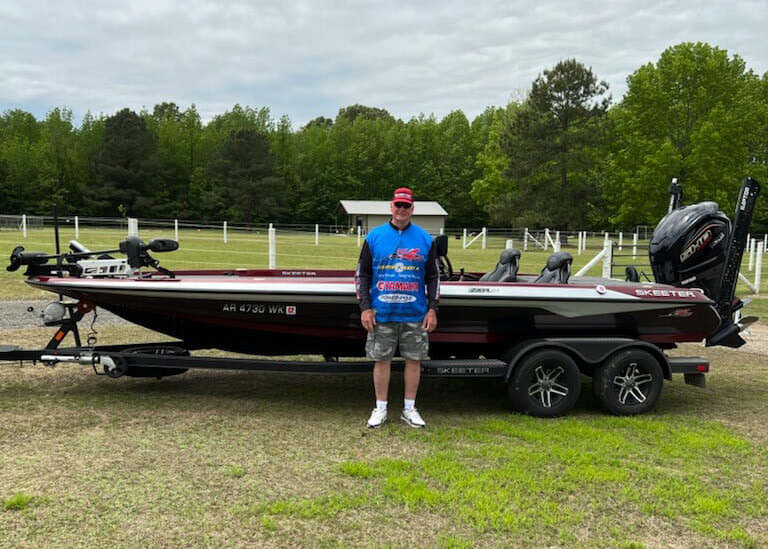