Cloudy skies and cooler temperatures greeted the 42 teams that came out for tournament #2 of 5 for the Joe Bass Mark Twain Division sponsored by 154 Marine. Morning “Dock talk” was all about the fickle bite, after water temperatures rose 20 degrees over the last week. The majority of the fish were in the Pre-spawn to spawn phase, but the water was too dingy to do any visual bed fishing.

Taking the top spot today was Sam Phillips. Sam had to put in a solo effort as his regular partner left for Michigan. But not before he pre-fished Saturday with Sam and the team found several spawning pockets with better than average fish. Sam started his day in the Spaulding area, then worked his way back up lake. Sam focused on fishing flatter pockets in 5-7 ft depths. Sam had a 1-2 punch, he worked down the bank paralleling a crankbait then would slow down and pitch a Senko style bait on a 3/16oz Shakey head to visible targets. Sam had 8 keepers on the day with his best 5 weighing 18.50 pounds! Included in His bag was the Ozark Chevrolet Big Joe Bass weighing 5.29 pounds. The team is sponsored by Ozark Tackle.

Finishing in the Third spot today was the team of Michael Hamilton Jr. and Joshua Harned. The team focused their efforts in the lower end of the lake, fishing finesse jigs around spawning pockets and the closest steep bank to the pockets. Michael said you had to fish those high percentage spots multiple times going back and fourth to trigger a strike, Michael figured the fish were on beds you could not see. Michael and Joshua’s 5 fish limit came in at 15.93 pounds. The team is sponsored by, Apex Tackle, Denny Dennis Sporting Goods, Dave’s Pizza and Wings, Pro-Tungsten, Skirmish Baits, Huskey Outdoors, Riggs Baits, and Bass Pro Tournament Rewards.

Our next Joe Bass Tournament on Mark Twain Lake is Sunday, June 26th. 6am Take-off Robert Allen ramp. Pre-registration and weigh-in at 154 Marine. 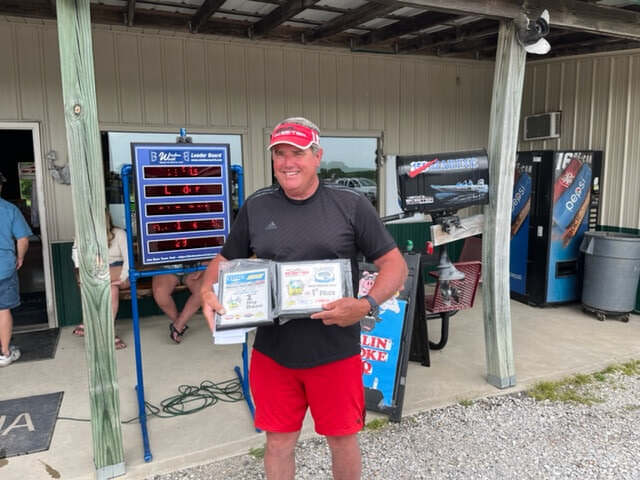 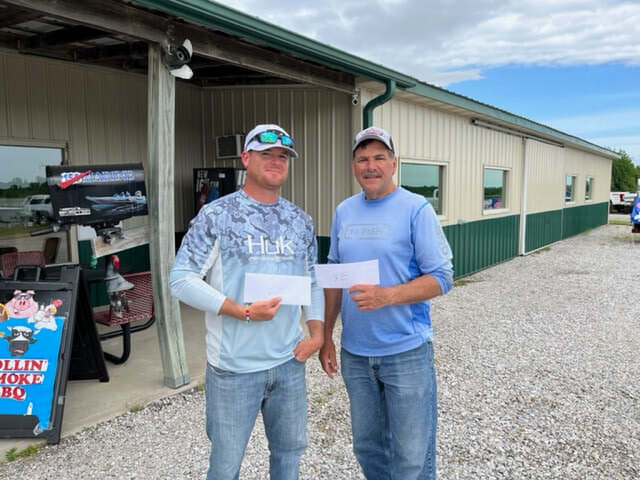 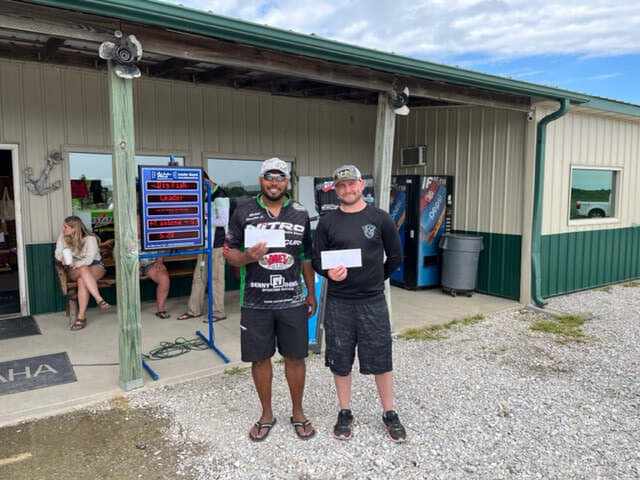 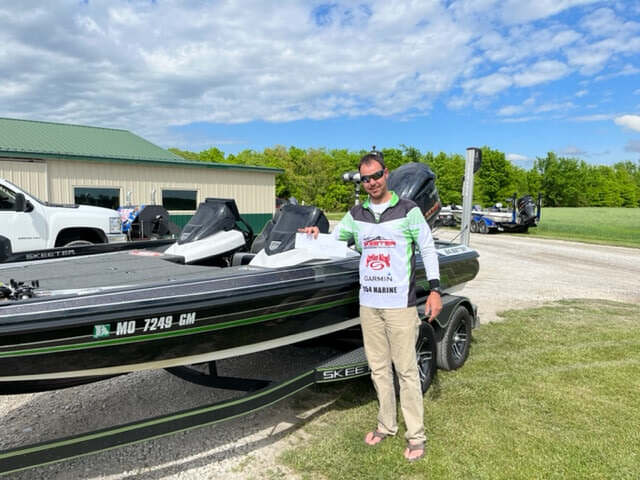 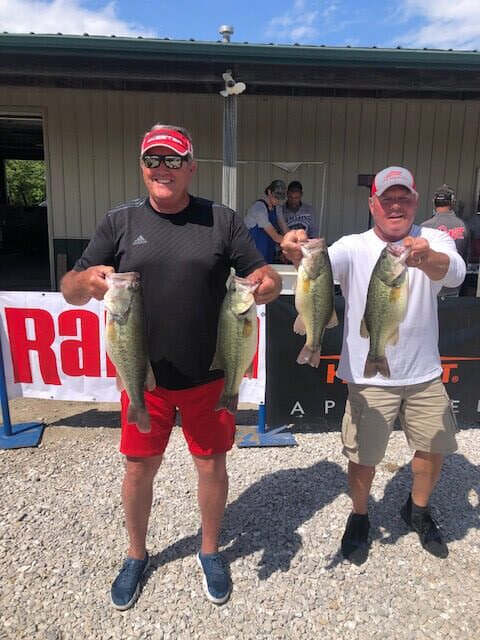 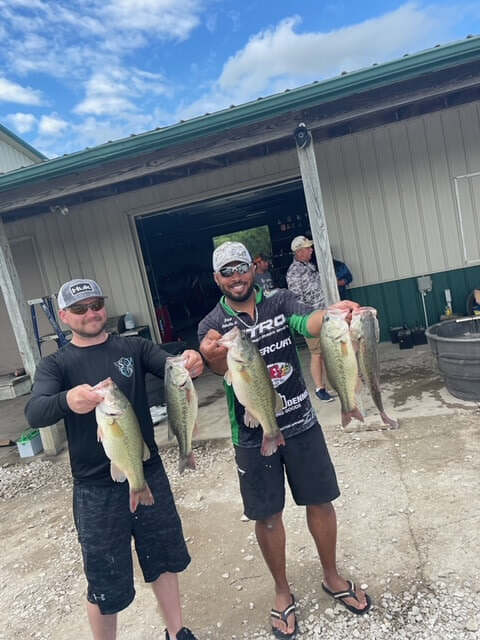