Stop number 3 for the Joe bass Team trail on Lake of the Ozarks Division sponsored by Motion Fishing was a beautiful yet cool start to the day.

Our teams headed out this morning with Temps in the mid 40s then ended in the low 70s for a beautiful spring day. Most of the teams stated they had a fun day of fishing with lots of little fish to be caught. It was figuring out how to find the big ones was the day’s challenge as the teams kept searching.

Our First place went to the team of Fred Jobe and Tom Shewey. They had found the keys to success with a Big Bag of Lake of the Ozark fish that weighed in at 18.20lbs. Fred stated the team was fishing from the 58 mile marker to Feester and caught most of the fish on a Jig with a few coming on a Chatterbait. Most of the fish were in 2 to 8 foot of water with 68 degree water temps. They caught 18 total keepers for the day and had a Limit by 830am.

Coming in 2nd was the Team of Kelly Nunn and Jamie Edge with a weight of 18.09lbs. Jamie Stated they fished from the Dam to Cole Camp concentrating on channel swings in 2 to 4 ft of water with 68 degree water temps. Jamie Stated they caught all the days fish on a Jig and had our 2nd Big Bass for the day also coming on a Jig..

Round out our top 3 coming in 3rd today was the Team of Doug Blum and Tyler Bone. They had a weight of 17.78lbs for the day. The Team Stated they didn’t have too far of a drive to get to the fish they caught with 70 degree water temps. Most of the fish for the day was caught on a Square bill and a Frog. This Team also had our Ozark Chevrolet Big Bass of the day with a 6.50lb largemouth caught on a frog in the early morning. The team would like to thank their sponsor Phoenix Boats and Anglers Port Marine.

Our Top Skeeter went to the Team of Jason Weast and Scott Miles. This earned Jason a nice 250 dollar check for the day.

The Next Lake of the Ozarks Division Sponsored by Motion Fishing tournament is on July 17 out of Drake Harbor in Warsaw from 6am to 3pm. 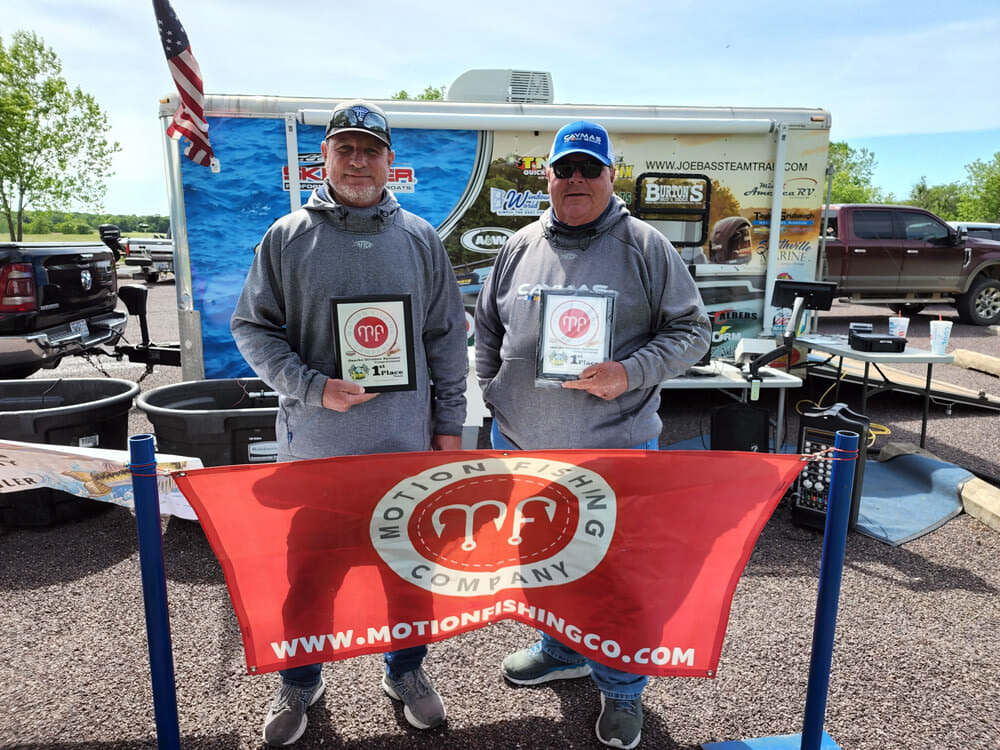 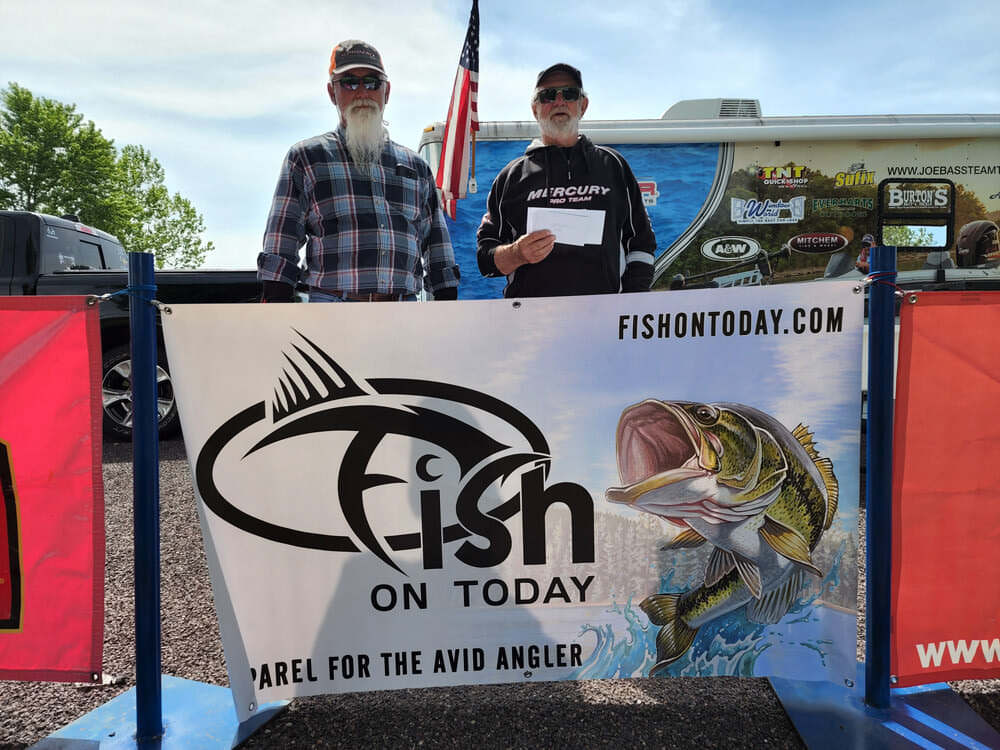 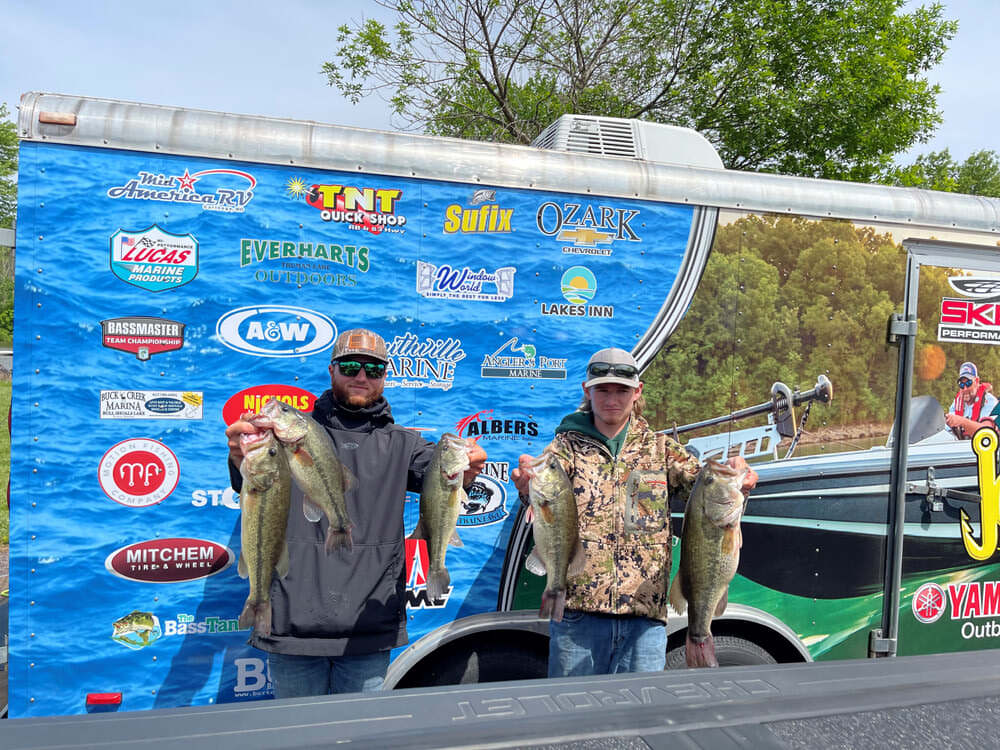 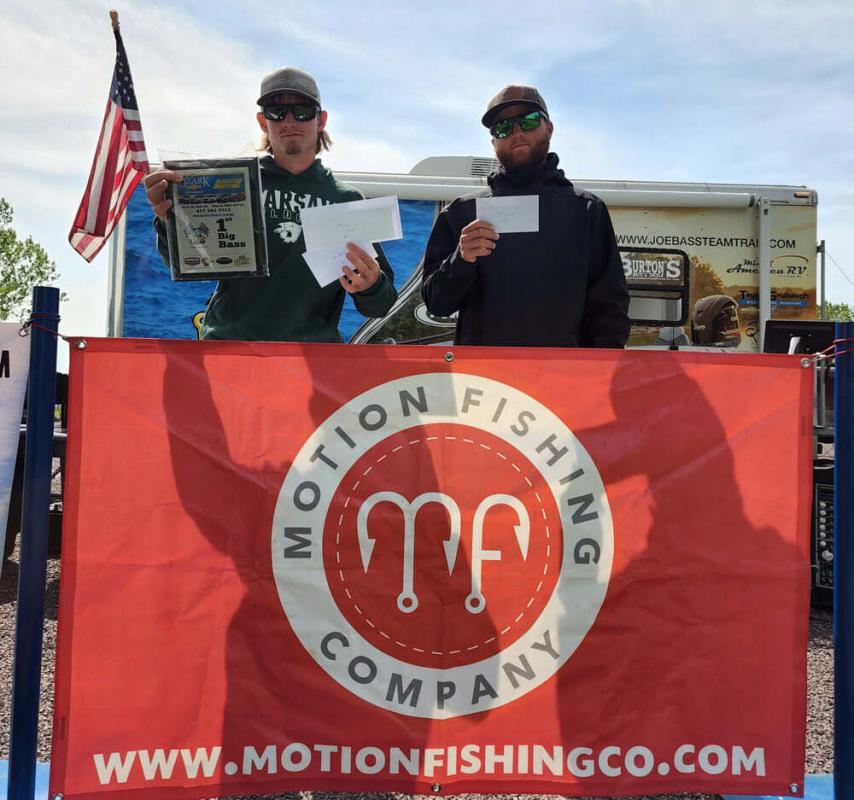 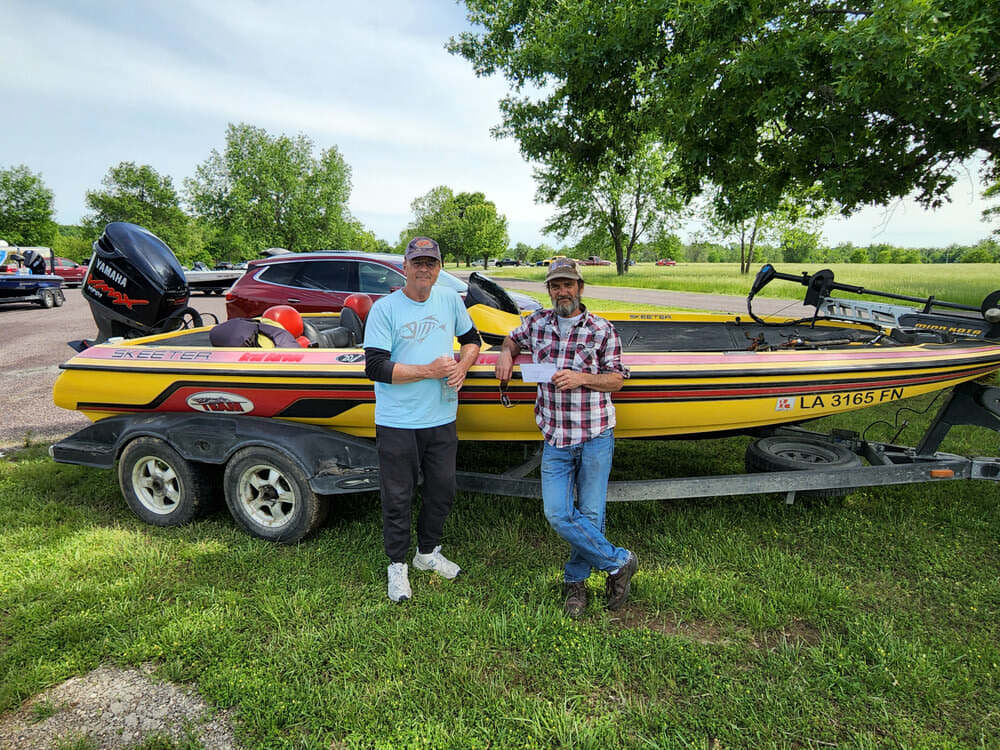