Another awesome turnout, as 51 teams showed up for the Tackle HD, Joe Bass, Mark Twain Division sponsored by 154 Marine.

Mark Twain lake wasn’t in the most cooperative mood as the lake climbed over 6 feet after heavy rains pounded the area early in the week and the corps responded by dropping the lake level 2 plus feet later in the week.

Taking the top spot was the team of Preston Hartung and George Harrington. Preston and George started their day fishing a pocket they have had success in the spring and managed two keepers. However the majority of their bites did not take the bait, so the team made an adjustment and went to cleaner water in the Indian creeks area. The team found success by fishing flooded grass with a bladed jig against the bank. Preston said George was putting the bladed jig on the bank and pulling it into the water to generate strikes. After getting a nice limit the team bounced their way back toward Robert Allen Ramp and upgraded several times, then made a late minute choice to fish the back of the Robert Allen cove and connected with a 3.5 pounder to seal the deal. Their 5 fish limit weighed in at 16.29 pounds. The team also increased their payout by being the Highest Finishing Skeeter fishing out of Preston’s 2020 ZX225. Preston is also a Skeeter Real Money Incentive participant increasing the payout by $5000.00. It pays to fish a Skeeter! Preston and George are sponsored by Ardent, Duckett Fishing, Harrington Construction and JPH Construction.

Taking the runner-up position was the team of David and Dustin Kampschroeder. This team has been on a HOT streak winning 3 tournaments a Mark Twain in the last week!
David and Dustin focused on spawning pockets and small creeks up lake. catching fish early on buzzbaits and a spinnerbait in less than 3 feet of water. Later in the day they caught a few upgrade fish flipping a Creature bait to visible cover against the bank. In the end the team came up just shy of the W, weighing in 15.97 pounds. Included in their limit was the Big Joe Bass weighing 5.42 pounds. David and Dustin are sponsored by Eberlin Boats, Lowrance, Minkota, Quality Painting Inc, Ranger Boats and Yamaha.

Finishing third today was the team of Gary Koenig and Robin Hessling. Gary and Robin, who love fishing Mark Twain when the water is high, looked for the cleanest water they could find (meaning there were no deer tracks in it!) and caught keepers early on a bladed jig. The team made an adjustment and finished their limit and culled up to 14.27 pounds by flipping bushes in a spawning pocket with soft plastics. Gary and Robin are sponsored by Diamond Residential Mortgage, and Koenig Machine and Welding.

Our next Mark Twain Division Tournament is June 27, Registration and weigh-in at 154 Marine. Take-off 6am Robert Allen Ramp. 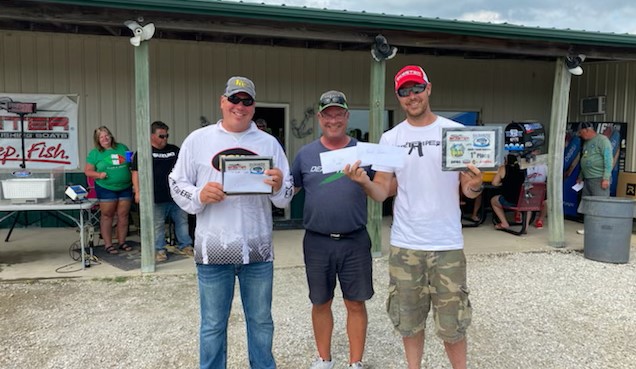 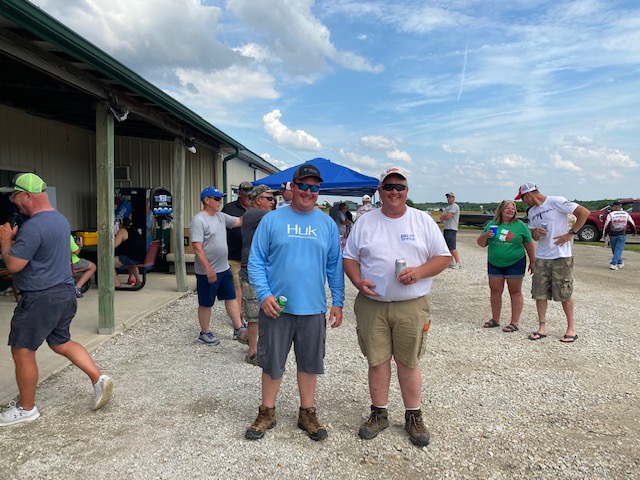 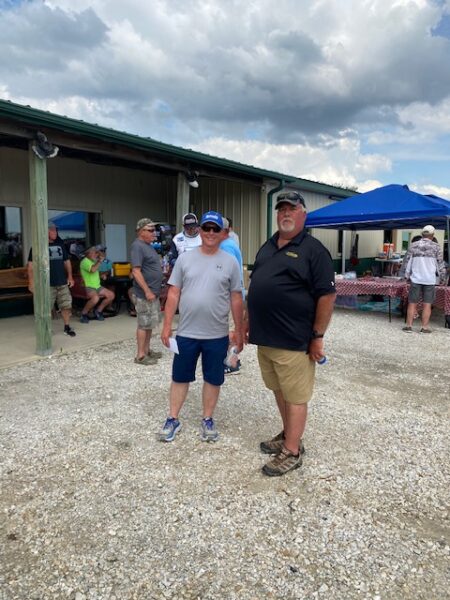