51 Teams participated in the delayed start to the 2020 Mark Twain division sponsored by 154 Marine. Format was changed to accommodate the COVID-19 precautions taken by the US Army Corps of Engineers at Mark Twain Lake. Registration, Live-well check and weigh-in were performed at 154 Marine with a Lines-in (begin fishing) and a Lines-out (stop fishing) format. Joe Bass will continue with this format for the June 7th tournament (make up from May 3) and will only change back to normal tournament format when the Corps begins issuing Special Use Permits.

Taking the top spot today was the team of Larry Rothweil and Phil Williams. Larry and Phil focused on Post Spawn fish making their way back to the main lake. Larry and Phil fished the first point, pocket, or cut going into a creek, trying to intercept the fish moving out. Larry and Phil caught the majority of their 12 keepers on bottom baits (jigs and soft plastics) however they also caught some of their fish on spinnerbaits and crankbaits. Larry and Phil felt it was important to move around a lot as the fish really weren’t schooled up yet. So when the team fished a spot and got a couple bites the would leave for another letting the spot rest. In the end the teams best 5 fish weighed in at 16.21 pounds. included in their bag was the second big bass weighing 4.99 pounds.

Finishing a close second was the team of Jimmy Coyner and Keith Ostrander. Similar to the winners Jimmy and Keith employed a “run and gun” approach fishing as many as 20 spots in the Mid-lake area. Jimmy and Keith fished everything from Main-lake points to the last channel swing in a creek. Jigs and soft plastics were their baits of choice catching several keepers on the day with their best 5 weighing 15.73 pounds. Included in their sack was the Ozark Chevrolet Big Joe Bass weighing 5.76 pounds. Jimmy was also the highest finishing Skeeter Owner fishing out of his 2006 21 I-Class. Jimmy and Keith a sponsored by 154 Marine and Bullseye Bait and Tackle.

Also moving around the lake a lot today was the third place finishers Charlie Kunkle and Keith Williams. Charlie and Keith fished multiple spots from the Dam to the Mid-lake bridges. Their bait of choice was the Brushog which gave them 10 keeper bites on the day with the best 5 weighing 15.37 pounds. Charlie and Keith are sponsored by 154 Marine. 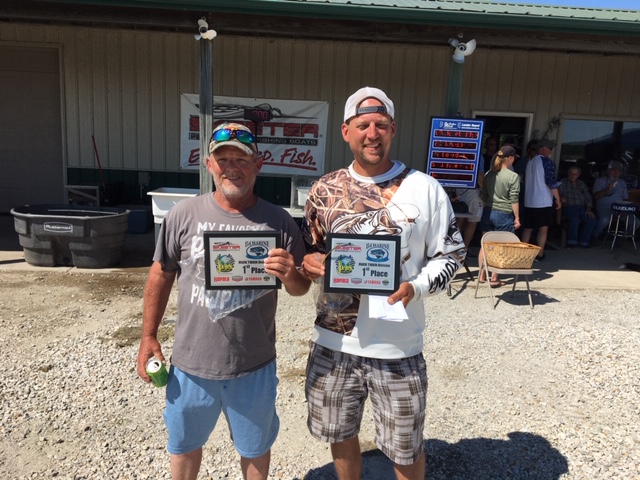 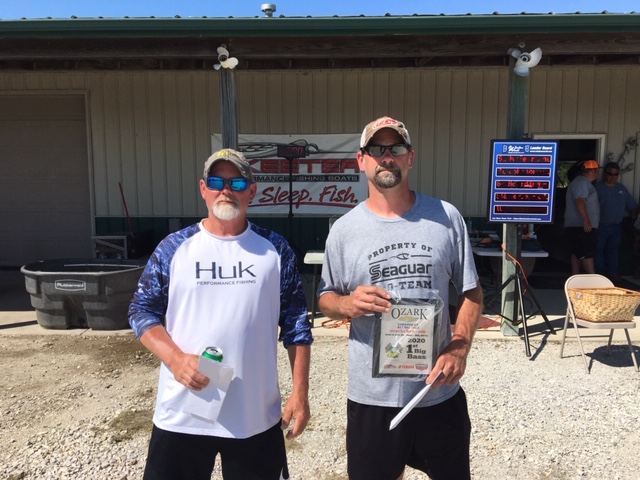 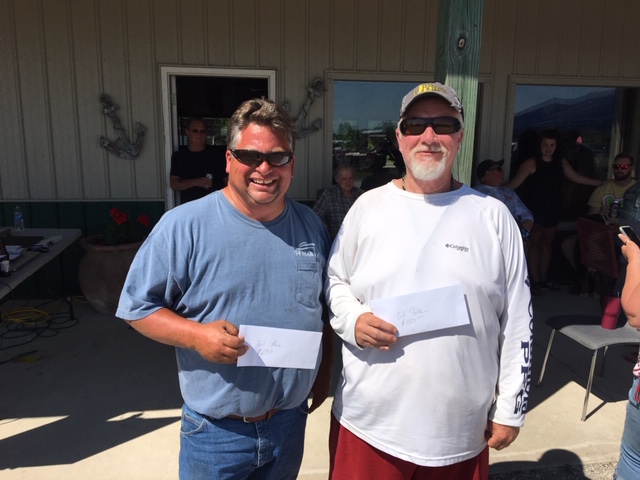 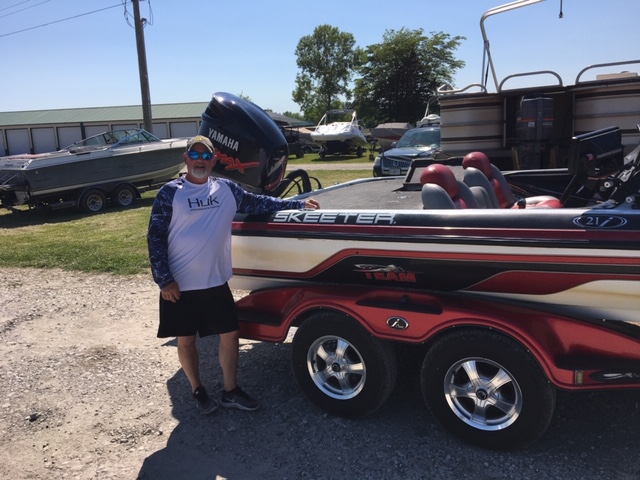