A blast of summer greeted the 41 teams that fished tournament number 2 of the 154 Marine sponsored Mark Twain Lake Division. Morning temps were a very sticky 71 degrees as the anglers showed up at 154 Marine for registration and live-well check. To stay within the Corps restrictions on Mark Twain Lake, standard format was altered to a lines in (begin fishing) and lines out (stop fishing) format,

Taking the top spot today was the team of Preston Hartung and George Harrington. Preston and George began their fishing day close to the Robert Allen Boat ramp, in a short main lake pocket and within 10 minutes of lines in connected with a “GET THE NET” giant, on a soft plastic pitched to wood, weighing 6.19 pounds! Turns out that was the Ozark Chevrolet Big Joe Bass of the tournament! The team fished the rest of the creek boating 3 more keepers on spinnerbaits and soft plastics. Moving to another creek off the main lake the team found their limit fish and a few upgrades. After a lull in the action the team made one last move down lake and caught their last keeper, fishing a big worm on a main lake point. Preston and George caught 9 keepers on the day with their best 5 weighing 15.50 pounds, good enough for the W. Preston and George are sponsored by Ardent, Duckett Fishing, Harrington Construction, and JPH Construction.

Finishing in the runner-up position was the team of Bryan Hulsey and Jason Huskey. Bryan and Jason started their day on the lower portion of the lake and caught a few fish early, but they knew it wasn’t the quality needed for the “check line”. So mid morning the team made a move to the mid lake area bouncing around both main and secondary points, pitching jigs to any visible cover, connecting with several keepers before the mandatory 2:30 lines out. Bryan and Jason’s limit weighed in at 14.44 pounds, which not only earned the team 2nd place, it also made Bryan the top finishing Skeeter owner, fishing from his 1999 ZX202c . Bryan and Jason are sponsored by Flooring Systems Inc. and Karrenbrock Excavating.

Finding the check line in 3rd today was the team of Corey Kunkle and Charlie Kunkle Sr. The 154 Marine sponsored team had a different approach to the day catching all their keepers on a Chatterbait chasing the wind on main lake and secondary points, bumping the bait off any cover or irregularity. Cory and Charlie’s limit weighed 14.34 pounds.

The next Mark Twain Lake tournament, sponsored by 154 Marine, is June 28, 6am start. (whether that is take-off or lines-in to be determined) 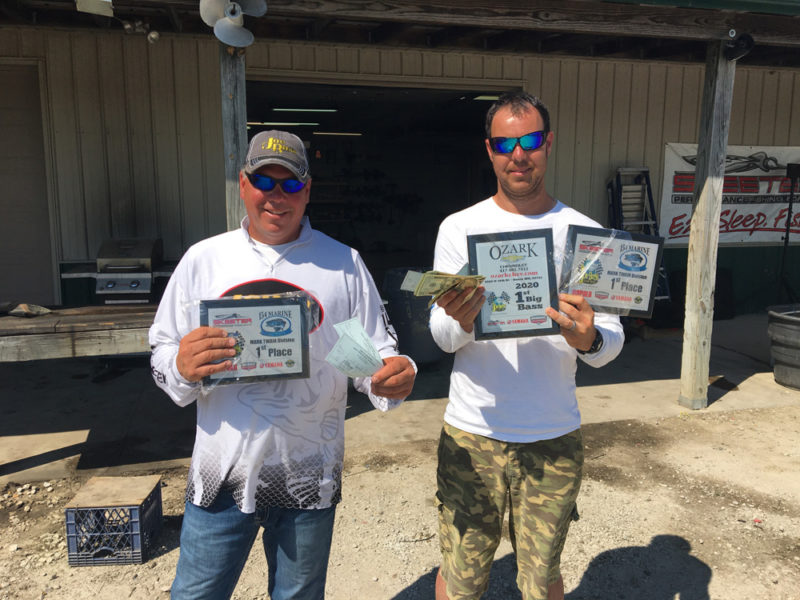 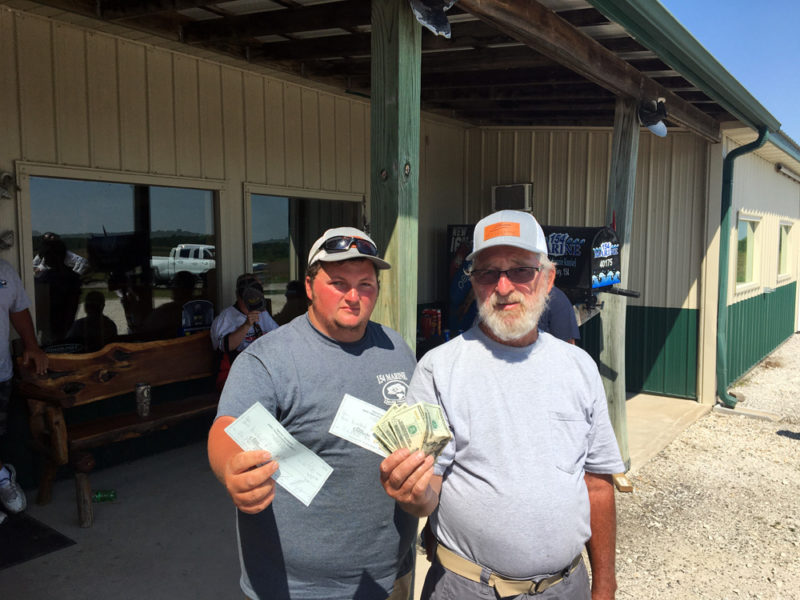 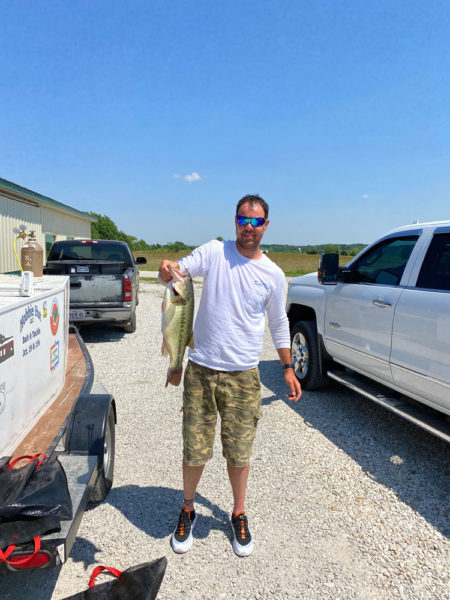