The Bite is on at Mark Twain Lake!

40 teams turned out Sunday to bid for the top spot in the 154 Marine sponsored Mark Twain division for Joe Bass Team Trail. Many of the teams reported that there was a good early summer bite that had been going on for the last 3 weeks.

Taking the top spot today was the team of Gary Gryzbinski and Mick Buchanan. The team started their weekend fishing the 154 Marine Customer Appreciation Tournament and quickly found out the fish they had found in practice, around the dam area, had moved or scattered. So the team made an adjustment moving toward the mid-lake area, the team found a few spots holding fish.

On tournament day Gary and Mick rotated through their best spots both main lake and secondary points of creek arms. Most of the team’s success came on Texas rigged Senkos and 10” worms in 5 to 10 feet of water but the two best quality bites came on a Carolina rigged lizard and a crankbait.

At the end of the day, Gary and Mick dropped 5 bass on the scales weighing 18.83 pounds! In addition to winning and taking 1st in the side-pot, they were fishing out of Gary’s 2022 ZXR20 Skeeter boat, wining the JBTT highest finishing Skeeter incentive and Gary is enrolled in Skeeter’s Real Money program taking the team’s winnings to over $7,000 for the day. Gary and Mick are sponsored by 154 Marine, 13 Fishing and Country Inn Resort.

Taking the runner-up position today was the team of Ben and Larry Moss. Ben and Larry also fished the mid-lake area but the team focused on flats with scattered pole timber, laydowns and brush. The teams lures of choice were spinnerbaits and jigs worked tight to the cover, making multiple casts to the best looking stuff. At the end of the day Ben and Larry fell just .31 pounds shy of the W with 5 bass weighing 18.52 pounds (I hope they didn’t find any puked up shad or bluegill in their livewell later). Included in their limit was the second big bass of the tournament weighing 5.29 pounds.

Finishing in third place today was Charlie Kunkle and Keith Williams. Charlie and Keith started their day on the dam and left shortly as the area was getting pressured by other competitors. Charlie and Keith moved to some less popular waters and found success fishing small jigs and soft plastics around brush and rock piles in 8 to 20 feet of water. Their 5 fish limit weighed 17.35 pounds.

Finishing in 8th today was the team of Dennis and Karen McFetridge. Dennis and Karen’s 5 fish limit weighed 14.14 pounds. Included in their bag was the Ozark Chevrolet Big Joe Bass weighing 5.44 pounds

Our next Mark Twain Division tournament is July 10th 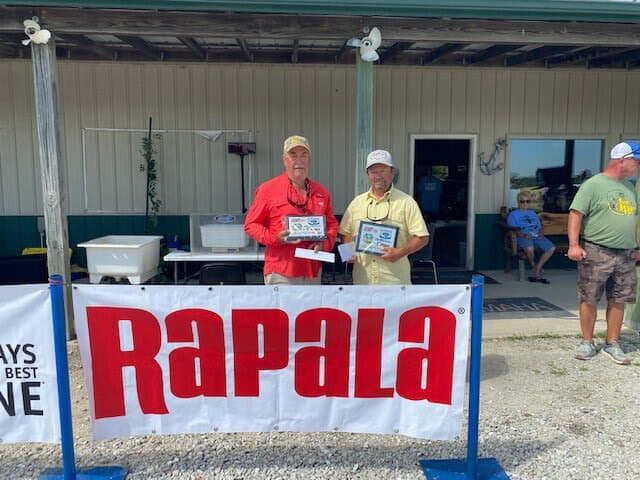 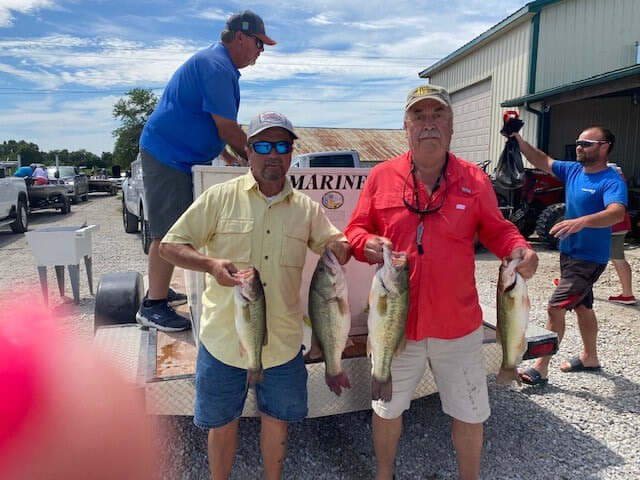 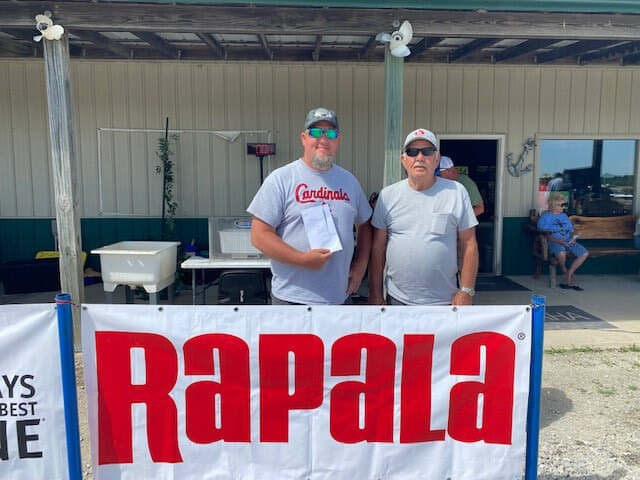 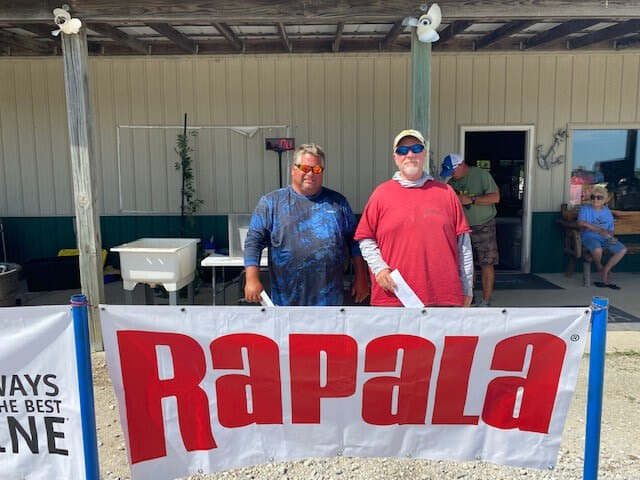 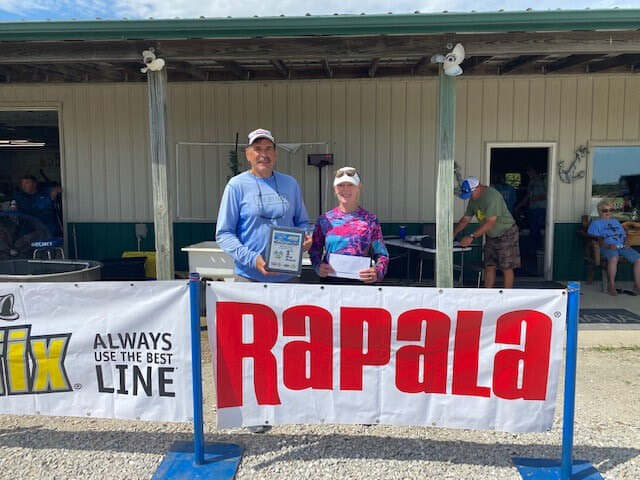 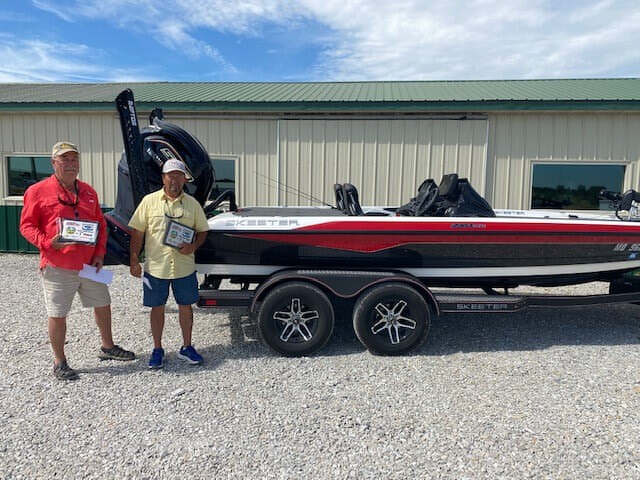