Heavy rains pounded the area from Wednesday through Saturday Morning bringing the lake level from 611.41 to 619.80 Sunday morning. This certainly added a new wrinkle to many teams game plan, as the strong main lake point bite slowed dramatically and teams needed to adjust if they were going to make the check line.

Taking the top spot today was the team of Bill Cantwell and John Koopman. Bill and John have a lot of history at Mark Twain and they knew what adjustments they needed to make. They abandoned the main lake point bite, moving to creeks that had a cleaner run in of water and fished shallow grass flats with a swim jig. They connected with a few keepers early, but when the sun popped out the bite died. The team moved around to similar areas but had little action, until cloud cover moved back in. Bill said “It was like somebody flipped the feed switch and the bite was on!”. Bill and John caught a dozed or more keepers on the day, including the Ozark Chevrolet Big Joe Bass of the day weighing 6.34 pounds that fell for the swim jig around 10am. The teams best five fish came in at 15.46 pounds to seal the deal. Bill and John are sponsored by, Bill’s Diesel Performance, Dobyn’s Rods, Mercury, Ranger Boats and Pro’s Choice Marine.

Finishing in second place was the team of Gary Martens and Brian Loseman. The Window World sponsored team started their day fishing main lake points, managing just one small keeper bite. So the team made an adjustment around 9am and went into a large creek in the mid lake area and found shad around secondary points with grass and buckbrush. Gary and Brian fished soft plastics on the newly flooded points and connected with 3 more keepers including the 2nd big bass of the day weighing 5.30 pounds. The team fell one keeper short of a limit bringing 4 fish to the scales that weighed 14.57 pounds to take the runner up spot.

Taking the third spot today was the team of Keith Hendrix and Greg Zumwalt. Keith and Greg started the day fishing an area that had been producing fish for them lately. But with the fast rising water most of the fish had moved on. With only one small keeper in the boat the team made an adjustment, to a flat with flooded bushes with the intent of flipping plastics into the bushes. On a hunch, Keith decided to give his Mark Twain Lake Lure Co Bladed Jig a try first and Boom the fish started to bite. Greg followed up behind Keith with a Mark Twain Lake Lure Co Swim Jig and the team had a limit by 8:30. Their bite slowed to a crawl when the sun came out, but the team made a late day upgrade. Their 5 fish limit came in at 13.74 pounds. As a bonus Keith and Greg were fishing out of Keith’s new 2021 ZXR20 Skeeter he just broke in the week before giving Keith the Highest finishing Skeeter Owners Money. Keith and Greg are sponsored by 154 Marine, Hobbie Hut, JC Auto and Truck Parts, Mark Twain Lake Lure Co., Dyna Gro Seed, Gene Larew and Jack’s Harbor Marine.

The next Mark Twain Lake tournament is July 11. Registration and weigh-in at 154 Marine, 6am take-off at Robert Allen Ramp.

Thanks again to Rolling Smoke BBQ! Their sandwiches and BBQ hits the spot after a long day on the water. 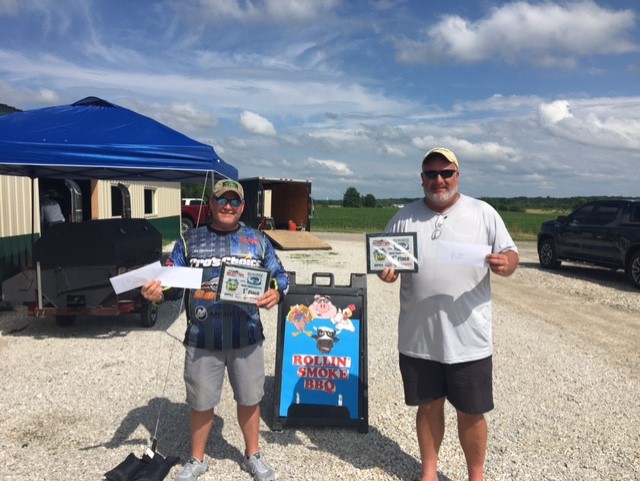 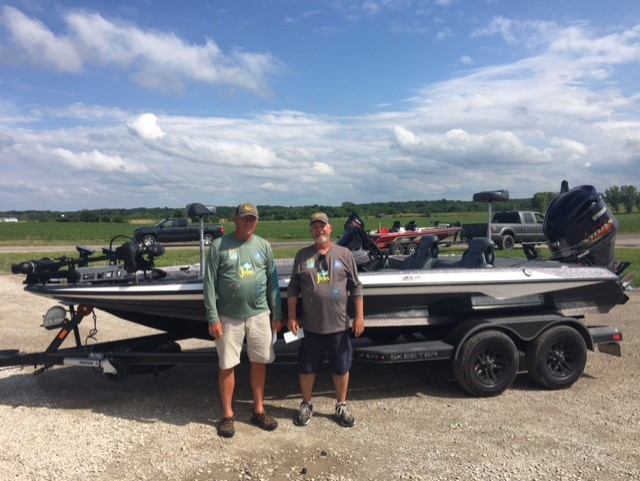 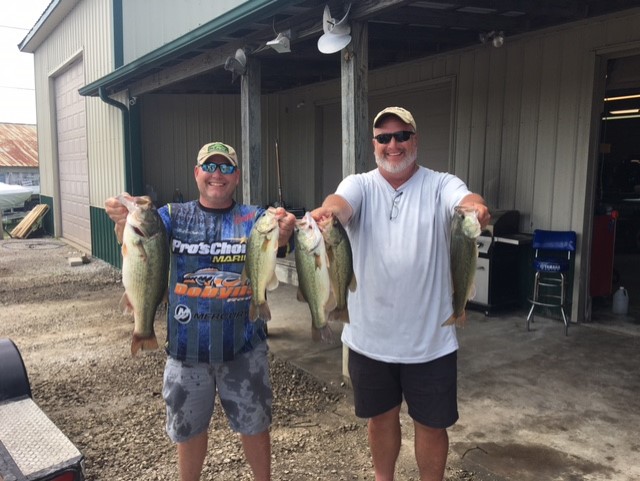