46 Teams fished event number three of the Mark Twain Lake Division sponsored by 154 Marine. Summer weather and fishing patterns were in full swing, as the teams were greeted to sticky humid upper 70s at take-off and Hot Sunny low 90s at weigh-in. Registration and weigh-in were at 154 Marine as Corps is still not issuing “Special Use Permits”. Rolling Smoke BBQ was on site selling meals to the hungry fisherman after a long day on the water.

Taking the top spot today was the team of Don and Gary McFetridge. Don and Gary fished the 154 Marine customer appreciation tournament and struggled only bringing 4 small keepers to the scales. So the veteran team decided to make an adjustment to their game plan and focused their fishing to the main lake points and bluff ends where the current from generation was strongest, Their baits of choice were texas rigged worms and Brush Hogs. The team found success early boating 2 quality keepers at spot their 1st spot, building confidence in their decision to change from Saturday’s plan. Don and Gary worked their pattern up and down the lake from Robert Allen to the dam area finishing out their limit fairly early. At the end of the day Don and Gary returned to 154 Marine for weigh-in and dropped an impressive 17.09 pounds on the scales. Included in their bag was the second big bass of the tournament weighing 6.57pounds.

Finishing in second was the team of Josh Gebhardt and Ross Lord. Josh and Ross, like the winners, focused their pattern on main lake points but farther up in the mid lake area, and like the 1st place team soft plastics were the bait of choice and Brush Hogs were the plastic of choice. Josh and Ross had a slower start to the day as they tried ” force feeding top water baits” and only had a few shorts to show for their efforts. Around 10:30 they started working texas rigged Brush Hogs on a point next to the river channel and Ross boated a 4.5 and a 5.06 on back to back casts, then had another quality fish jump off, the team did manage 2 more keepers on the day one of them on a crankbait but the team came in 1 fish shy of a limit but their quality 4 fish weighed more than twenty of the twenty one 5 fish limits weighed in.

Finishing in 3rd today was the team of Dennis and Karen McFetridge. Dennis and Karen started fishing the back of a major creek to star the day as they had been catching fish in the area for the past few weeks. However, Dennis and Karen only had one small keeper at mid morning so the team moved out to main lake and first secondary points fishing a texas rigged tubes and Carolina rigged Brush Hogs. Dennis and Karen grinded their way to a 5 fish limit weighing 12.80 pounds. Dennis and Karen are sponsored by Bass Team Tackle, Sports Paint, and Tri-State Trolling Motor.

Finishing in eighth place today was the team of Kenny Grothoff and Donnie Palmatory. Kenny and Donnie had a tuff tuff day on the water loosing several quality fish early in the day. However, sometimes things do workout. Fishing a point late in the day Donnie hooked up with a BIGGIN that stayed buttoned up and made it into the live well. The BIG JOE BASS pushed the scales down to 7.93 pounds! Kenny and Donnie are sponsored by Eberlin Boats.

Our next Mark Twain Division tournament will be July 12, registration and weigh-in at 154 Marine Take-off 6am Robert Allen Ramp! 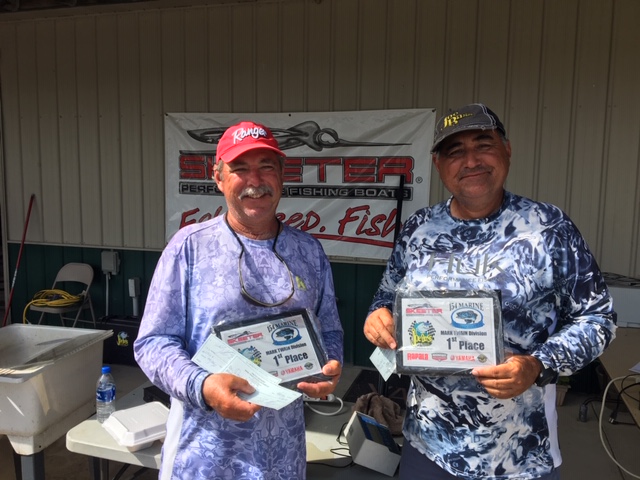 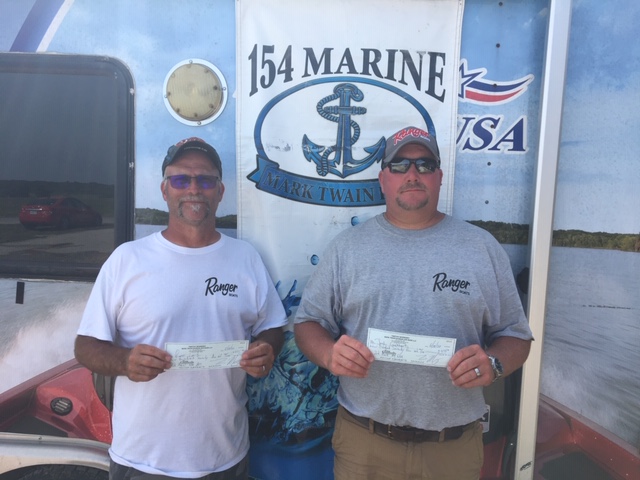 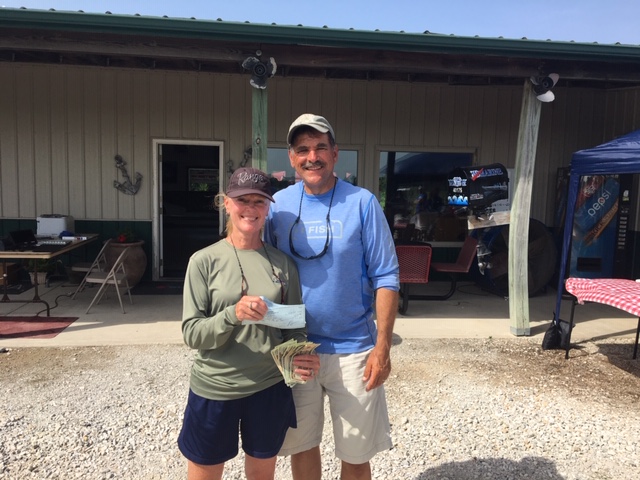 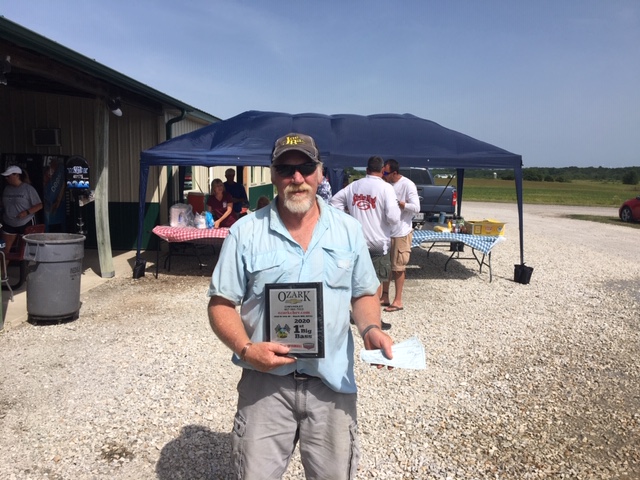 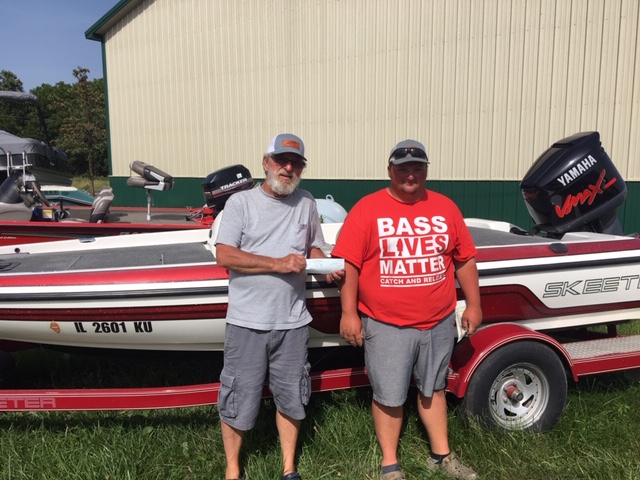