Still Catching them at Mark Twain

The weather leading up to tournament day was a mixture of HOT and HOTTER with a break in the temps on Saturday. Sunday morning was pleasant in the mid 60’s with afternoon temps pushing into the upper 80’s but the lack of wind made it feel much warmer.

Conditions; Water level 606.94 on a slow rise
Water color, clear on the dam area, stained in mid-lake dirty in northern creeks.
Water temps, low to upper 80’s depending on location

Taking the top spot today was the team of Don and Gary McFetridge. Don and Gary started their day down in the Indian Creek area, fishing to promising spots, but had to pick-up and move as the live-well was still empty at 8:30. After moving to a new location the team slowed down and “soaked their baits” on main lake and secondary points closer to the dam area and found success, putting 4 keepers in the box over the next couple hours. Don and Gary reported the bite stopped around 11:30, so the team made a move up around the mid-lake area where the team found active fish on a timbered flat around 1:30. Don and Gary fished soft plastics, both big and small worms and senko style plastics, Texas rigged in 7 to 14 feet of water. In the end the team dropped 16.13 pounds on the scales for the W. Included in their bag was the Ozark Chevrolet Big Joe Bass weighing 5.12 pounds that fell for a big worm. Gary said the win was extra sweet as they did it “Old School” no Livescope no Spotlock.

Taking the runner-up spot today was the Joe Bass Staff team of Nick and Dominic Perotti. Nick and Dominic also started in the lower portion of Mark Twain Lake, fishing main lake points and rock piles. Like the winners they had to really “slow it down” to get the fish to bite. The team would pull up to a spot, scan it with livescope if there were fish, they would slowly work a jig around. Dominic told me they did see a few of their bites on the scope. When it came to the moment of truth, the team fell just .03 pounds short of the win with 16.10 pounds. After the weigh-in I told the team not to look in the live-well as you might see a dead crawdad or shad in there. Nick and Dominic also won the Skeeter incentive fishing out of their 2006 ZX250. Nick and Dominic are sponsored by 154 Marine.

Taking the third position was the fortunate team of Keith Hendrix and Greg Zumwalt. Keith and Greg also relied on Livescope for much of their success as the team “watched” 2 of their first 4 keepers take the soft plastics the team pitched to standing timber and brush. After early success, the bite shut off for Keith and Greg and they went hours with no bites. Keith said the decided to make a several mile run and try and “old reliable” spot and it produced their kicker fish of the day weighing 4.69 pounds. I began this bit with “fortunate team”, well as it turned out, as Keith and Greg tried to head back in their big motor would not start. As it turns out another team was in the area and as per Joe Bass Rules, Keith transferred their fish to the other team’s boat and rode back with them to the ramp and weigh-in. Keith and Greg weighed-in 5 fish for 15.95 pounds. Keith and Greg are sponsored by Mark Twain Lake Lure Co. JC Auto and Truck Parts, 154 Marine, Dynagro seed Jack’s Harbor Marine, Gene Larew, and Hobbie Hut.

Big shout out goes to the team of Larry Rothweil and Mark Tucker for stopping and helping out a fellow competitor!

Our next and final Mark Twain Division, Sponsored by 154 Marine, tournament is Sunday August 7th 6am take-off Robert Allen Ramp. Registration and weigh-in at 154 Marine 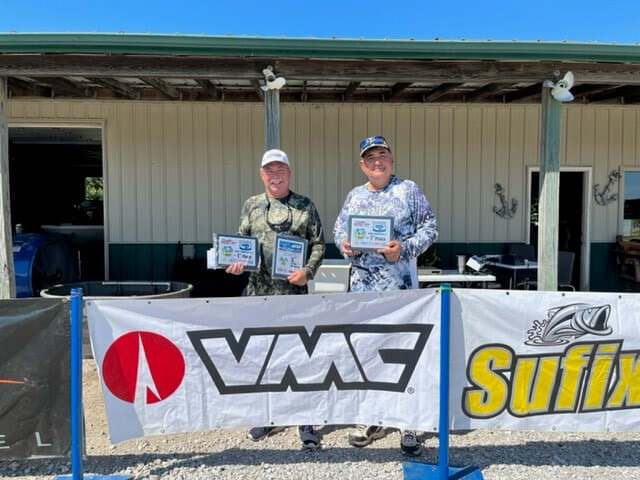 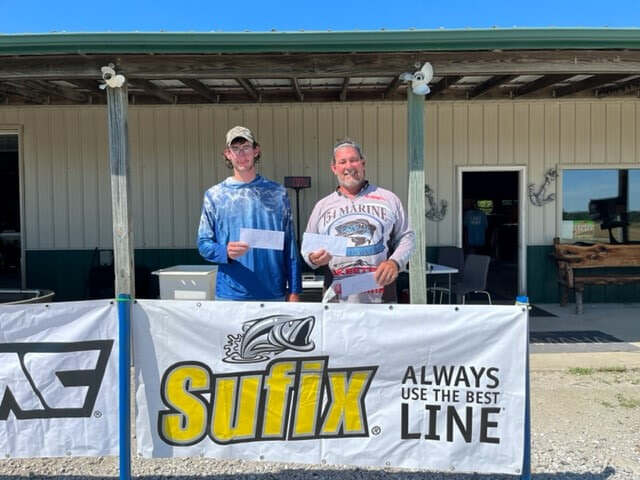 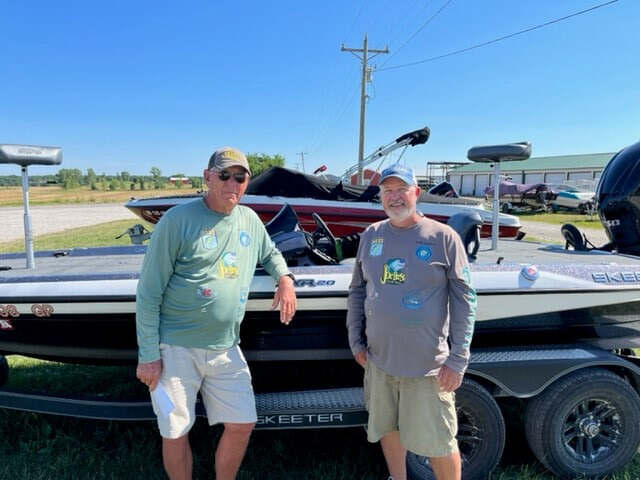 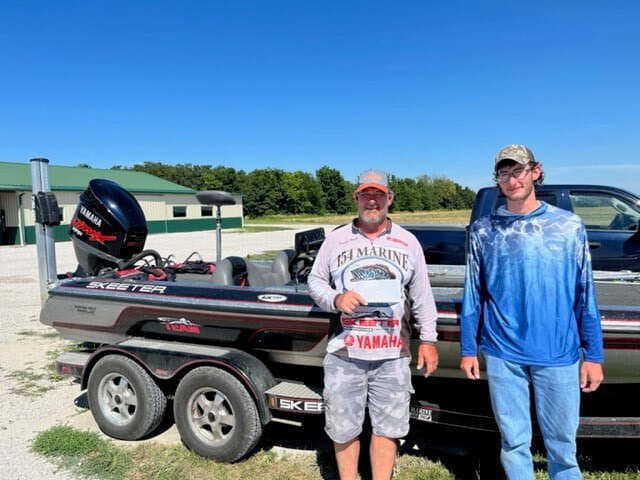