43 teams assembled at Robert Allen ramp, enjoying a brief break from the HOT humid conditions, as a cool front dropped temps into the upper 60’s, for take-off, with lower humidity pushed in on a northerly breeze and temps only climbed into the low to mid 80’s for the 3pm weigh-in at 154 Marine.

Rolling Smoke BBQ was again at 154 Marine for weigh-in with a variety of Items to fill a fisherman’s stomach after a long day on the water, including two 1/2 racks of ribs for the 1st team out of the money.

Taking the top spot today was the team of Jason Huskey and Bryan Hulsey. The team started within 5 minutes of take-off on main lake points. However their live well was still empty at 10:30, so the team made an adjustment moving down lake and began fishing main lake flats with rock transitions, and began catching a few fish and the grind was on. Jason and Bryan spot hopped from near Spalding ramp back towards Robert Allen fishing 1/2oz Jigs and Big Worms to finish their limit, that weighed in at 14.05 pounds. Included in their bag was the second big bass of the tournament weighing 5.55 pounds. Bryan is also a two time Highest finishing Skeeter owner as the team fished out of his 1999 ZX202C. Jason and Bryan are sponsored by Flooring Systems Inc. and Karrenbrock Excavating.

Finishing in a close second, was the team of Chris Janda and J. Rowdy Yates. Chris and Rowdy fished Main lake points with isolated stumps and timber in the mid-lake area in 6 to 12 feet of water with both Carolina and Texas rigged Brush Hogs and plastic worms catchin 8 keepers on the day weighing 13.97 pounds Chris and Rowdy are sponsored by Country Inn Resort.
In the Third spot today was the team of Keith Williams and alternate Mike Long. Keith and Mike fished main lake points and transition banks with brush in the lower end of the lake fishing shakey head and Texas rigged soft plastics in 6 to 13 feet of water, for a final weight of 13.69 pounds. Keith and Mike are Sponsored by 154 Marine.

Well if your only going to catch one keeper to bring to the scales it might as well be a good one and that is just what Ken Young and John Drury did bringing the Ozark Chevrolet Big Joe Bass to the scales weighing 5.56 pounds! Ken and John are sponsored by Amsoil Synthetics, Big Bite Baits, Southwest Auto Parts on the Hill, Stratos and TH Marine.

Our next Mark Twain Division Tournament sponsored by 154 Marine is August 2nd. Registration and weigh-in at 154 Marine. 6am Take-off at Robert Allen Ramp. 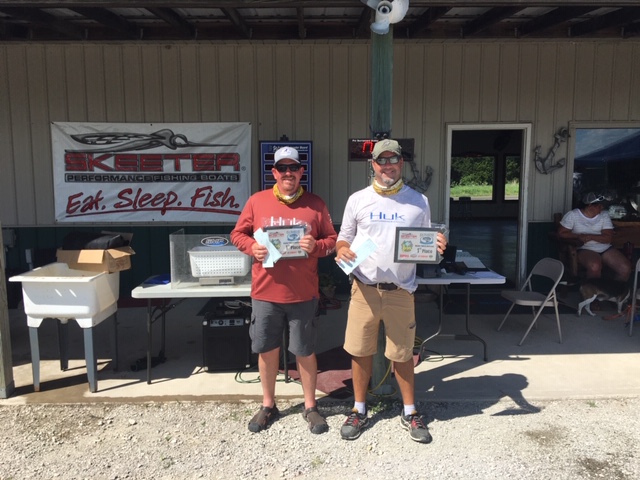 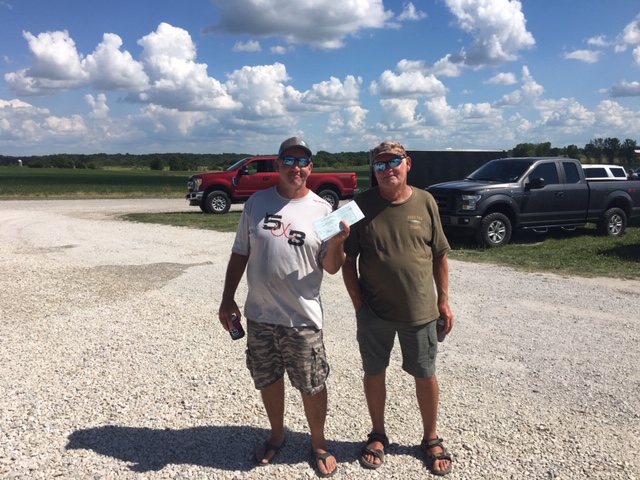 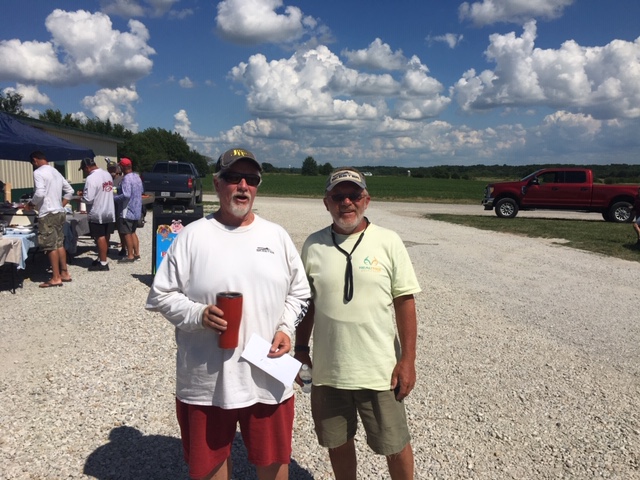 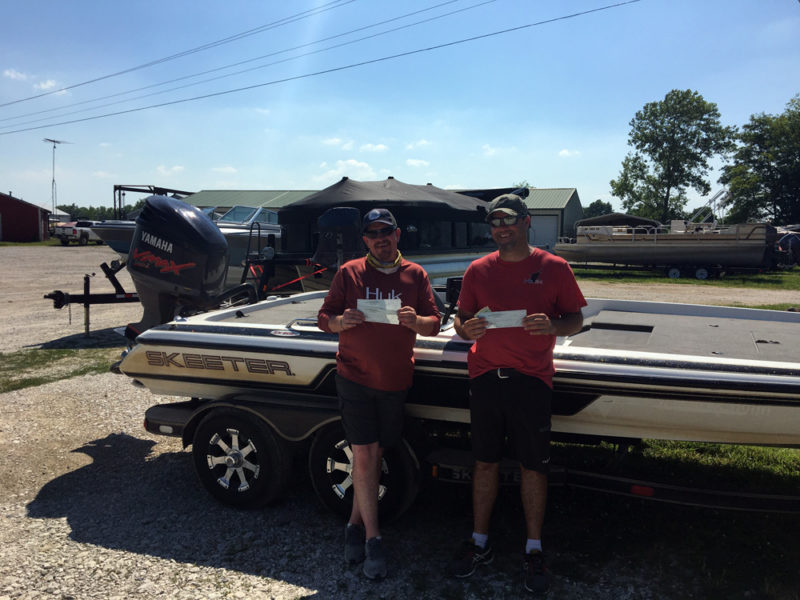 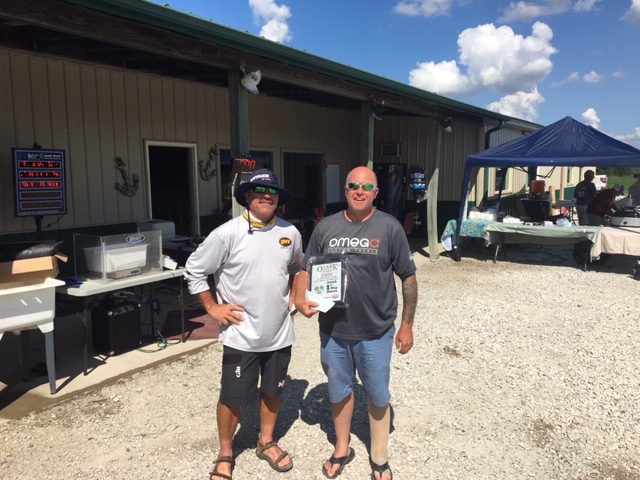