If you’re not fishing Lake of the Ozarks you are missing out!!!!

34 teams came out for the Motion Fishing 4th tournament of the year on Lake of the Ozarks. it was a beautiful start to the day with temps in the mid 70s with light rain for most of the day and then it got HOTTTTT!

Coming in Hot was our 1st place team, the Father and Son duo of Andre Dickniete and Noah Dickniete. This team had a Giant Bag of Fish weighing in at 21.40lbs with a 6.55lb kicker. Andre stated the team caught their bass on a worm and a jig from Drake Harbor to the 43 mile marker. Andre also stated they caught fish most of the day in 84 degree water temps. Andre said his favorite part of the day wasn’t the win but watching his son Noah catch the 6.55lb largemouth. The team would like to thank their sponsors Nitro Boats, Mercury Motors and WOO Tungsten.

Our 2nd Place team had and absolutely amazing day as well with a Total weight of 21.35lbs for the team of Luke Routh and Bryce McMullen. Luke stated he caught his fish throughout the day and never had a long run from the boat ramp. They caught all of their fish on a Gill Candy Motion Fishing jig and a Jawtech Plum Sultan worm. The teams sponsors include Motion Fishing, Tackle HD, Calcoast, Darkhorse tackle, Absolute brutes, Hannahs General store and Albers Marine, Inc.

Rounding out our top 3 was the Team of Blake Felix and Bobby Roberts with a bag coming in at 18.96lbs. Bobby Stated they caught the fish all day long on a Motion fishing Bruiser Jig, Fishing docks and timber. The team would like to thank their sponsors Motion Fishing, Pro Choice Marine, Nitro Boats and Mercury Motors.

Our Ozark Chevrolet big bass of the day went to Noah Dickniete with a 6.55lb bass! He caught this fish mid day on a Jig.

Out Top Skeeter of the Day went to Greg Proffitt this earned him a 250 dollar check for running the right boat.

Our Last Ozarks tournament will be on Sept 11th out of Drake harbor at 7am. 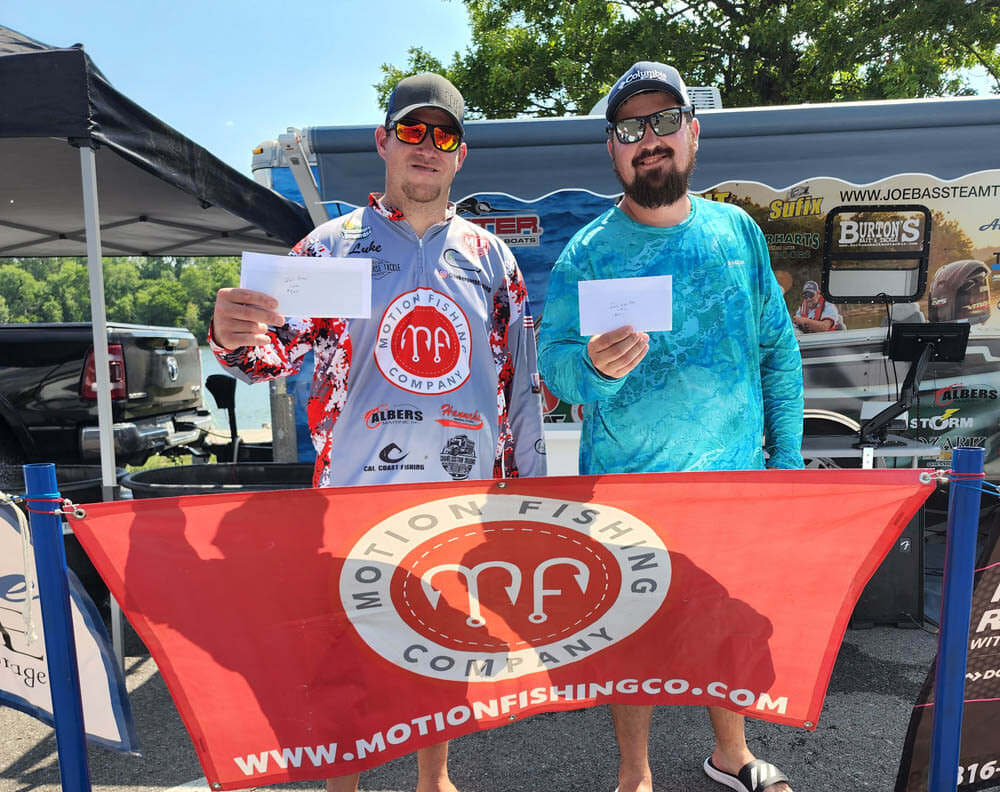 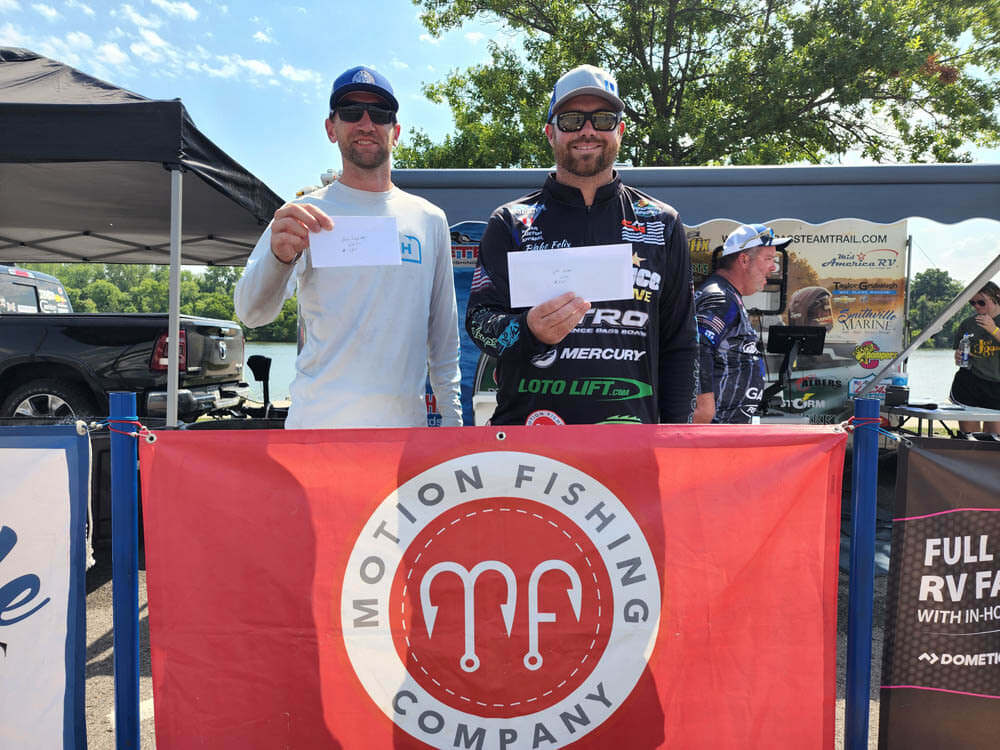 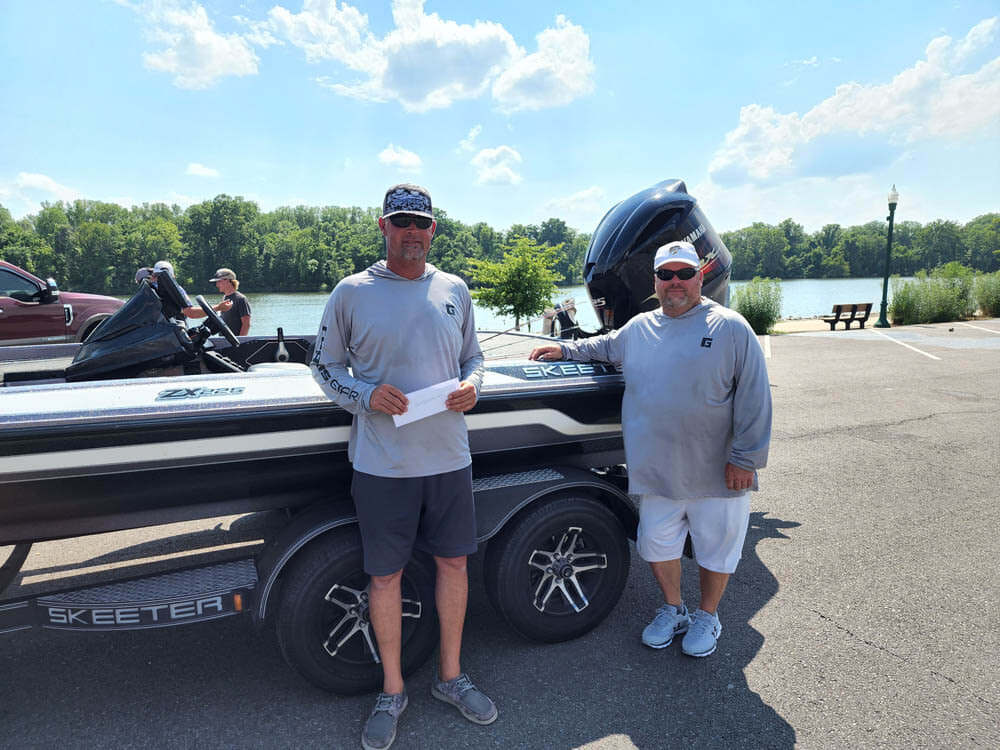