Combine an end of July heat wave with a lake that has been pulled down to facilitate repairs to the spillway and one gets a combination of difficult conditions to tackle.  With several consecutive days over the century mark, temps provided sweltering conditions for the fisherman and presented an increased emphasis on fish care as teams faced broiling conditions for the fourth event of the Truman Division sponsored by Everharts Outdoor Store.  To reduce the impact on the anglers as well as the fish, weigh-in was bumped up an hour.  The stifling heat knocked out the weigh-in laptop, weight receipt printer, and leader board.  Leveraging decades of experience running tournaments, Bob, Lynn, Rusty and Rocky reverted to an “old-school” paper weigh in with Rusty taking the brunt of logging each bag of fish manually and hand sorting results.  If one didn’t know, it would have been transparent as the weigh-in went as smoothly as normal, all things considered.  As the results will show, each ounce counts for daily bragging rights and valuable qualifying points for the Joe Bass Invitational to be held on Stockton Lake coming up in October.

Lapping the field on a tough day was the team of Brad Jelinek and Brock Reinkemeyer.  Although there were claims of crappie bombs tipped with Gulp minnows, a big worm and Motion Fishing jigs proved to be their Everharts Keys to Success as they dropped a staggering 22.03 pounds of Truman bass on the scales.

John Hodson and Kelvin Charles proved the importance of weighing in a big bass for tie-breaking purposes, as their 18.20 pound bag equaled that of the third place team.  However, their 5.10 big fish bumped them to the runner up position for the day.  John and Kelvin shared they had one keeper on a buzzbait early with their other four keepers coming on a Texas-rigged worm in cedars.  All of their bites came on the bottom after the initial drop through the tree.

Third place went to Kenny Sloan and Brendon Mick.  As noted, their limit pushed the scales to 18.20 pounds, anchored by their big fish of 4.13 pounds.  In the chaos of the day, Kenny and Brendon got away before details could be noted on how they caught their fish.

Team Zuk, Eric and Ben, padded their fourth place finish with the Ozark Chevrolet Big Bass, a 6.48 lunker.  Consistent with their typical approach, Ben noted the big fish bit a brush hog fished on the lower end of the lake.

Terry McDowell and Dave Peacock also added to their 9th place finish as they took the daily Top Skeeter honors.  The pair put 15.08 pounds into their 1996 ZX202.

Chris Broke of the Missouri Department of Conservation office in Clinton was onsite.  Chris, a fisheries management expert with the MDC, was taking genetic samples of the spotted bass weighed in.  He’s working a project to determine a baseline for the genetic integrity of the Kentucky Spotted Bass strains in Missouri.  Other states, primarily in the southeast, are seeing some detrimental effects related to the Alabama spotted bass, including increased competition with largemouth and possible cross-breeding with the Kentucky strain.  Chris’ samples will serve as benchmark for Missouri’s lakes should issues arise in the future.

The final event of the Joe Bass Truman season will take place Sunday August 28th with a 6:00 am takeoff from Shawnee Bend.  Please note the monthly takeoff time and be sure to show up early for check-in in order to ensure a timely takeoff. 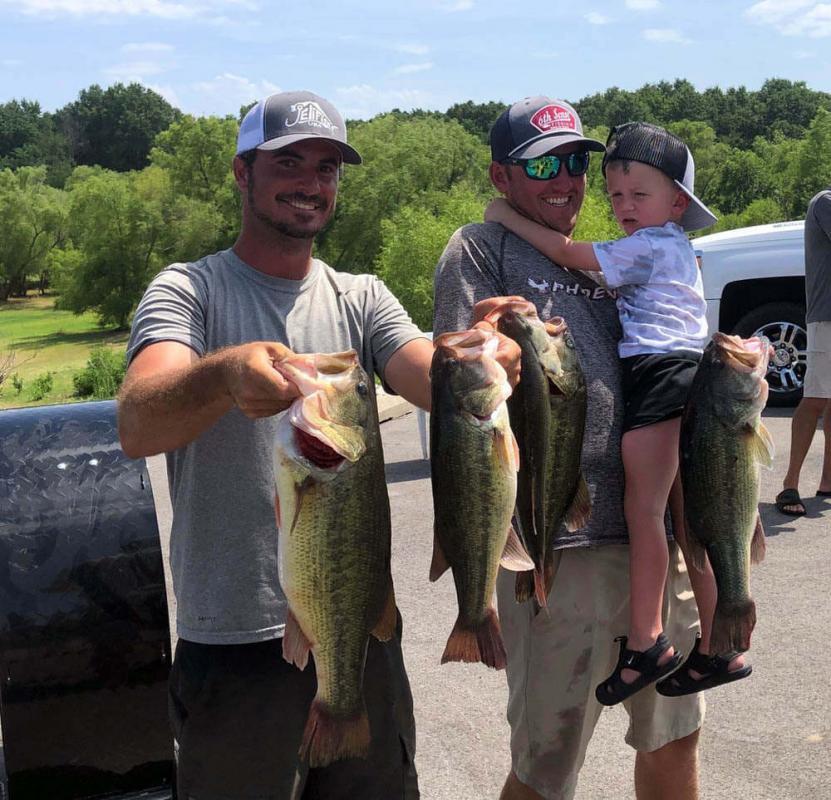 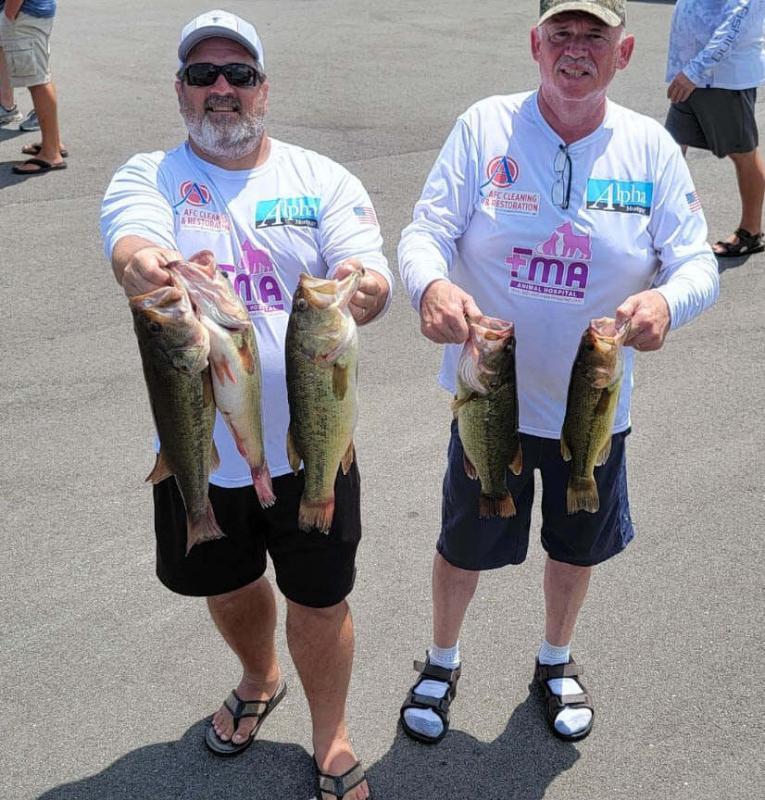 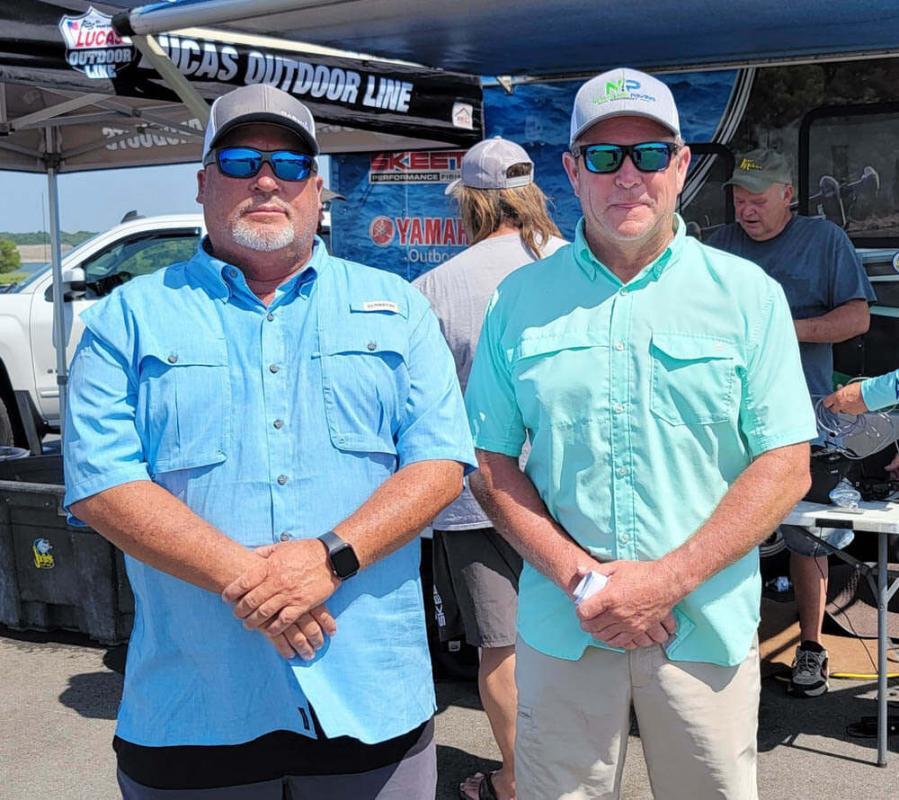 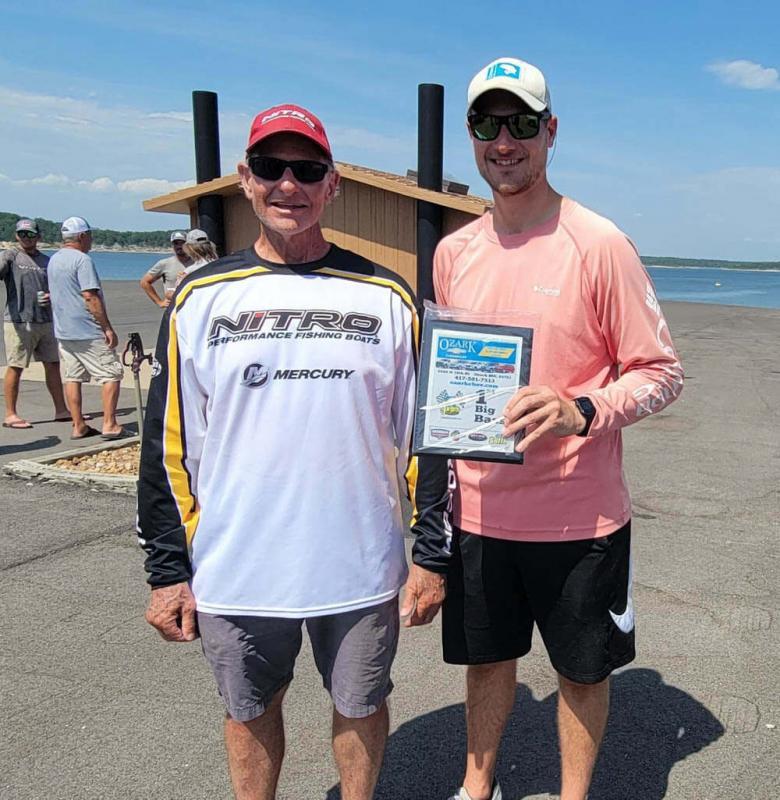 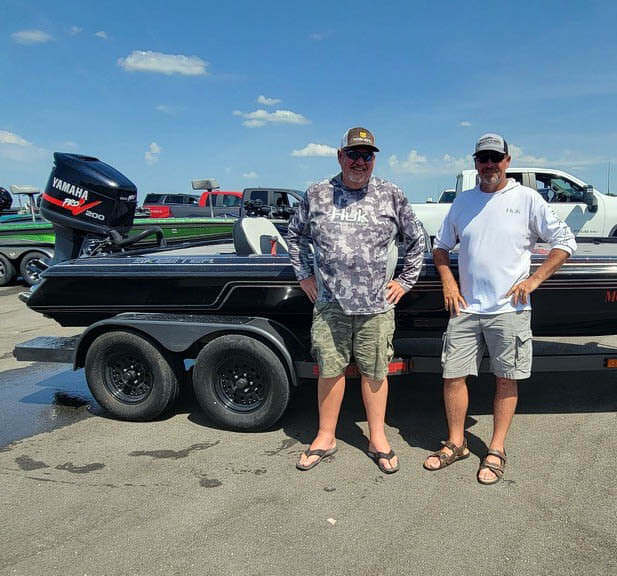