Mark Twain Lake is a traditionally TOUGH lake to fish. However 2021 has been an extra tough on the North East fishery, as heavier than normal precipitation has had the lake level in a yo yo pattern since early May, with no consistency to find any kind of pattern, as a result there has been no single team that has managed a 5 fish limit in all Mark Twain Tournaments this year.

Taking the Top Spot today was the team of Chris Janda and Rowdy Yates. Chris and Rowdy found fish in practice on a main lake point that had over 100 yards of 3 to 6 feet of water and grass. Chris and Rowdy fished a Carolina rigged Brush hog style bait and boated 4 keepers by 8:30. When the morning bite slowed, the team moved around, looking for similar water but had trouble connecting with keeper sized fish. It wasn’t until the last hour of the day that they returned to their starting spot and caught their biggest keeper of the day. Chris and Rowdy’s 5 bass limit came in at 14.27 pounds. Chris and Rowdy are sponsored by [su_tooltip text=”Host Lodging for Joe Bass Team Trail.”]Country Inn Resort[/su_tooltip].

Finishing in a close second was the Father Son team of Wayne and Nick Werle. The Window World sponsored team started out their day plucking a keeper off a bush with a Buzzbait. However the team’s topwater bite ended so Nick and Wayne went to work dragging big worms and shackey head plastics on main lake points and bluff ends to scratch out the rest of their limit tipping the scales at 12.98 pounds.

Rounding out the top three was the team of Tom Darnell and Rick McGuire. Tom and Rick junk fished main lake and secondary points with soft plastic “Drop Baits” to bring in the 3rd place limit weighing 12.90 pounds. Tom and Rick are sponsored by Tour Tungsten.

Right behind Eric and Chris was the team of Larry Rothwiel and Phil Williams. The team fell one keeper short of a limit weighing in 4 fish at 11.87 pounds but the team had the 154 Marine Big Bass weighing 4.43 pounds.

Our next Tackle HD Joe Bass Team Trail tournament sponsored by 154 Marine is August 22nd (Make up for the postponed July 11th Tournament). 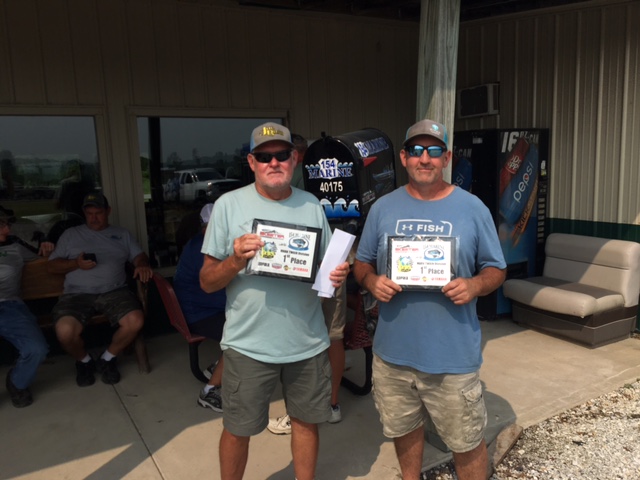 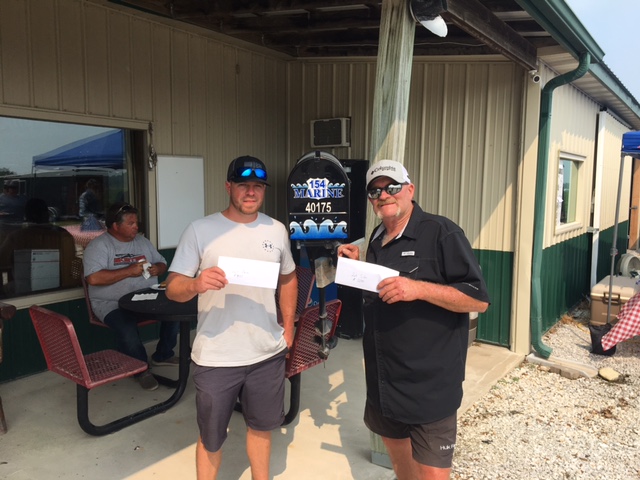 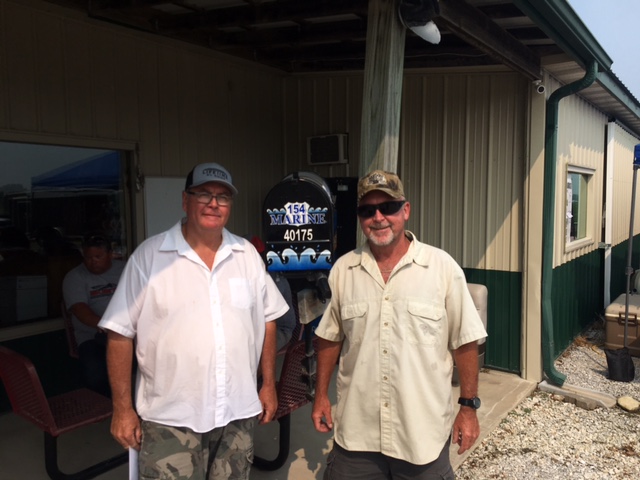 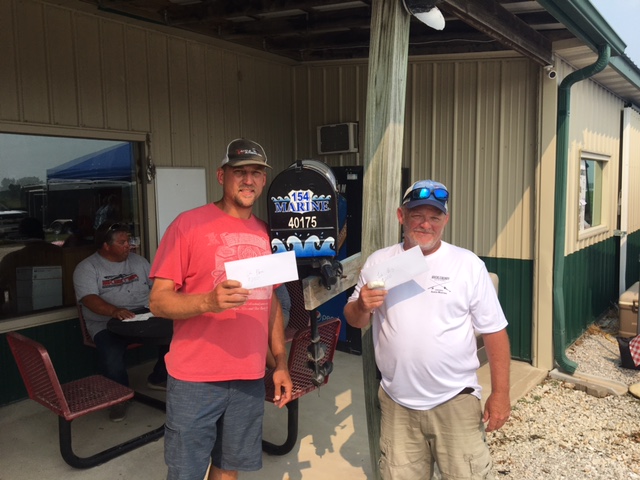 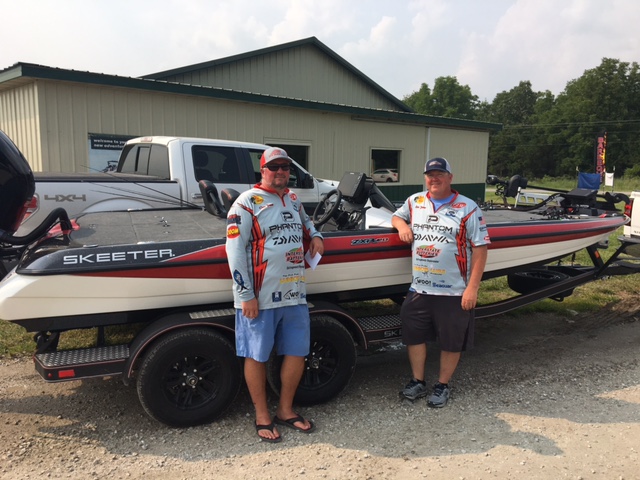