Tuff For Most but not All at Mark Twain

Cooler air and water temperatures greeted the 43 teams Sunday for tournament number 5 of the 154 Marine sponsored Mark Twain Lake division. “Dock Talk” was all about the tough bite, with many teams hoping for just a couple keeper bites, and most teams speculating that very few limits would be brought to the scales.

Taking the top spot Sunday was the Window World sponsored team of Tom Herndon and Nick Werle. Tom and Nick started in Big Indian Creek, catching a few keepers early, when the bite slowed, the team made a move to the South Fork area. They had a limit by 10:30 and bounced around the lake focusing on the 8-15 foot range using Texas rigged plastics. They caught 7 keepers throughout the day with their best 5 weighing 16.07 pounds. Their limit was anchored by the Ozark Chevrolet Big Joe Bass weighing 5.51 pounds. The big fish was fooled by a 10” black/blue worm.

Finishing in a close second was the team of Scott Jackson and Jim Brewer. Scott and Jim Caught 4 of their five keepers right off the bat on a main lake point, in the mid-lake area. When the bite slowed, the team made a move to secondary points, catching a few shorts before keeper number 5 bit in early afternoon. Shakey Head and Texas rigged Creature baits. The teams limit weighed in at 15.58 pounds anchored my the second big bass of the day weighing 5.49 pounds. Scott and Jim are also sponsored by Window World.

Finishing in 3rd today was the team of Billy Kayser and Donnie Seabaugh. Billy and Donnie stated they through the “Whole Tackle Box” at them. 10″ worms, Crankbaits, Senkos, and even a Ned rig contributed to the teams limit weighing 12.63 pounds. Billy also was the Highest finishing Skeeter Owner fishing out of his 2007 ZX200.

Our next and division finale will be Sunday August 23, registration and weigh-in at 154 Marine, Take-off 6am Robert Allen Ramp.
Thanks again to Rolling Smoke BBQ suppling 2 half racks of ribs to the first team out of the money, Jim Coyner and Keith Ostrander.
Host Lodging for Joe Bass at Mark Twain is Country Inn Resort (573)267-3800
43 Teams, 7 limits, 87 fish weighed. 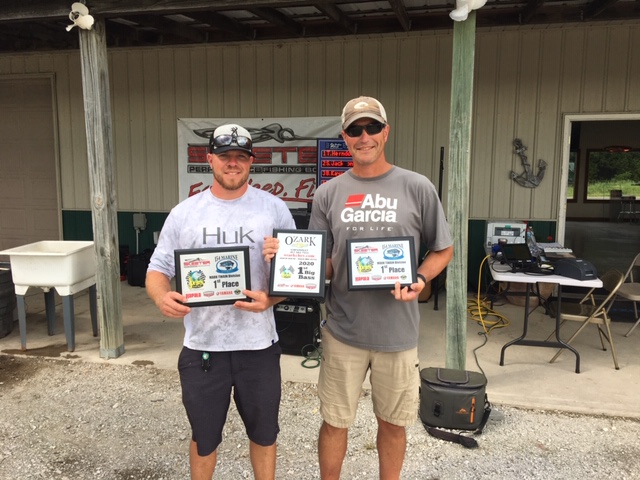 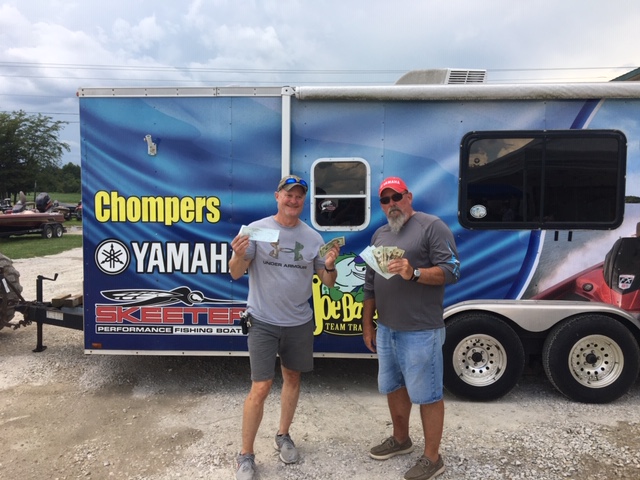 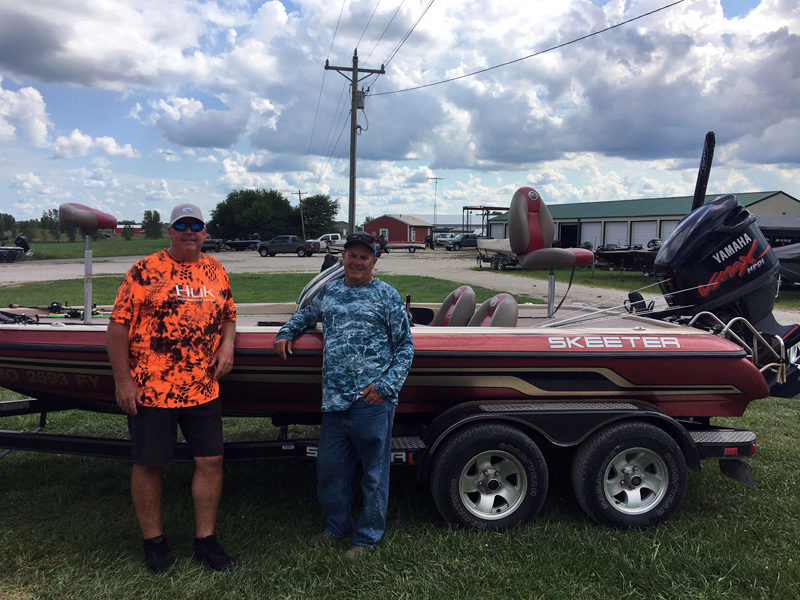