A cloudy damp day at Tablerock but much better than the day in February this tournament was rescheduled for. The Joe Bass Team Trail anglers appeared to enjoy the cooler temps in the beginning of August. The water temps were in the 80’s. The normal summer patterns appeared like spoons, jigs and top water baits.

The team of Cody Millican and Dakota Millican, Highlandville, MO, used jigs and topwater for a 5 fish limit that weighed 19.67lbs. The team stated they did not run very far to catch the limit. This earned them 1st Place.

Aaron Hodge, Harrison, AR, found a limit of fish in 15-20 ft. of water using spoons and jigs, that weighed 17.85lbs. Aaron also had the OZARK CHEVROLET BIG BASS of the DAY, with a 5.70 largemouth. He stated he caught it around midday. His key to success was finding schools in water with some color.

Kelly Jones, Garrison, MO and Roger Satterfield, Oldfield, MO, had a 5 fish limit that weighed 16.35 lbs. Kelly used his 2019 FX21 Skeeter to run to some dirty water toss his jigs to find these fish. They ended up with a 3rd Place finish but Kelly also claimed the Joe Bass Top Skeeter monies. 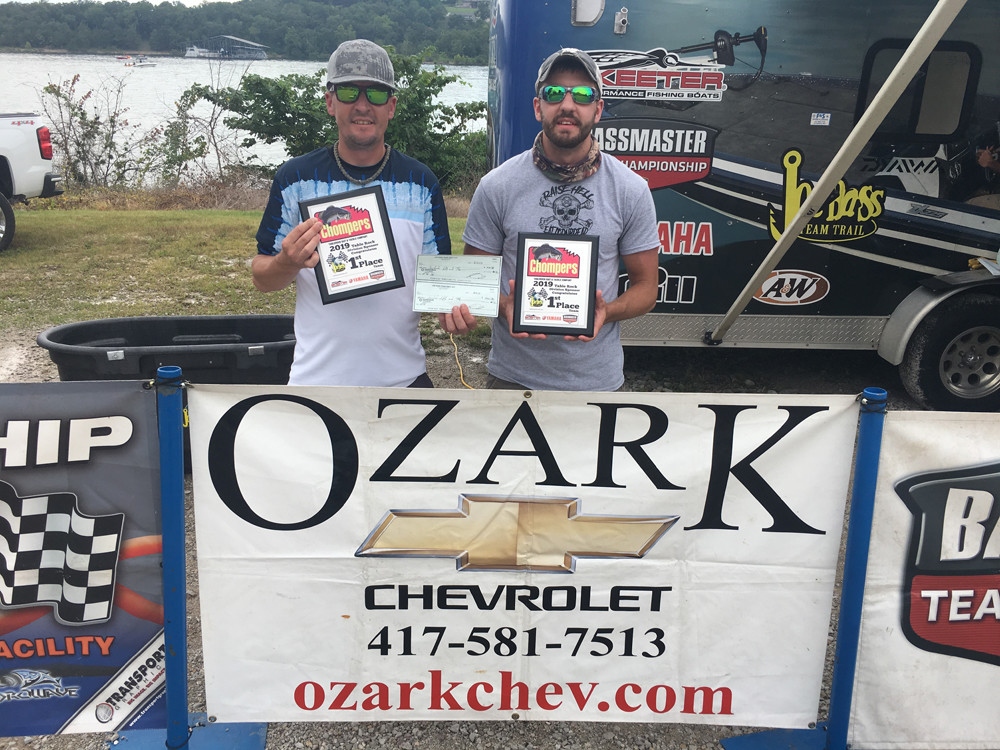 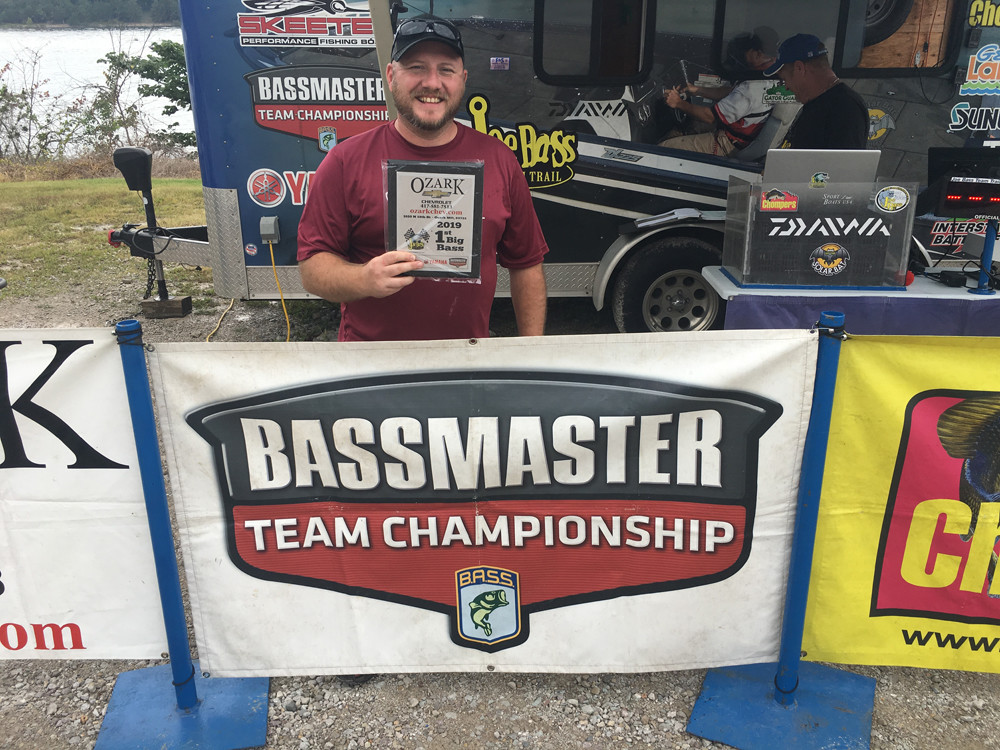 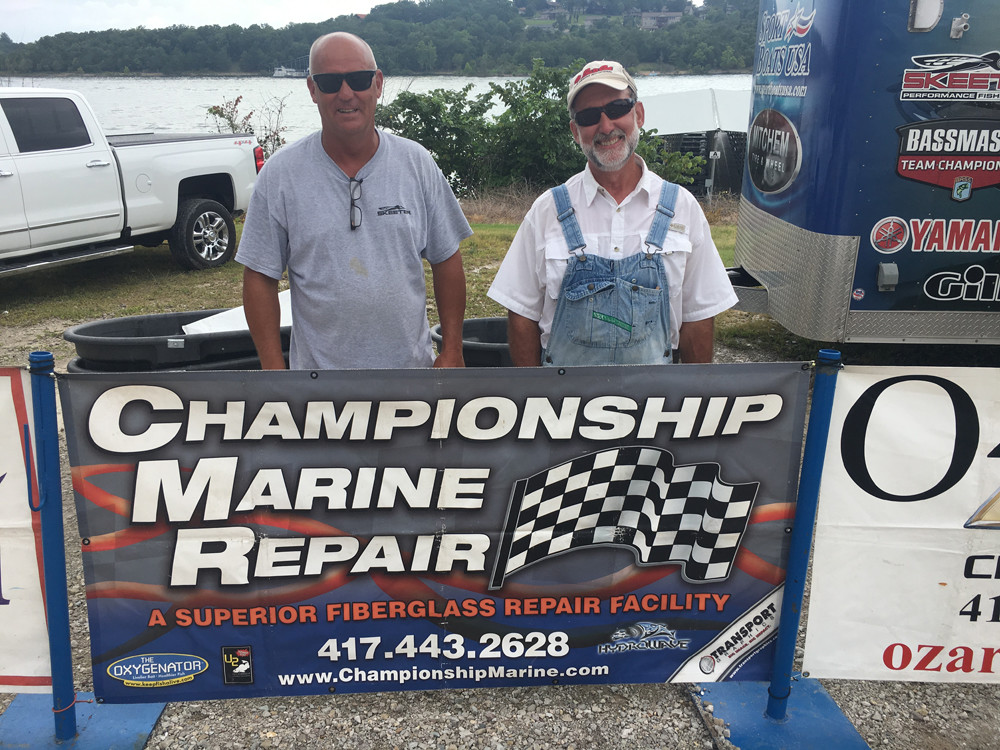 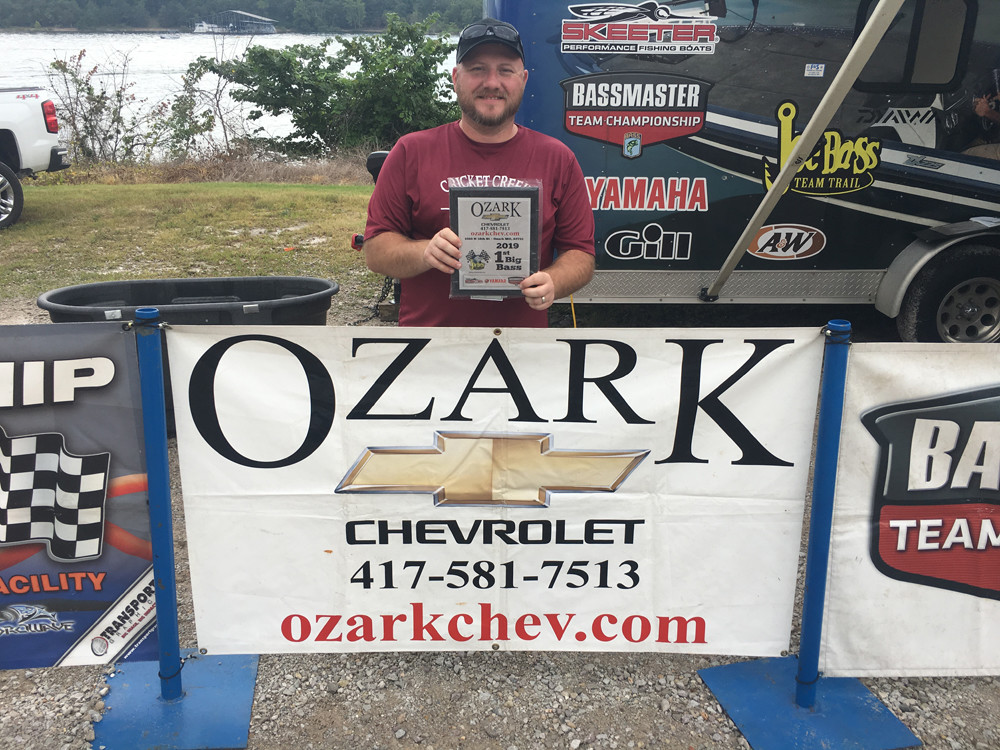 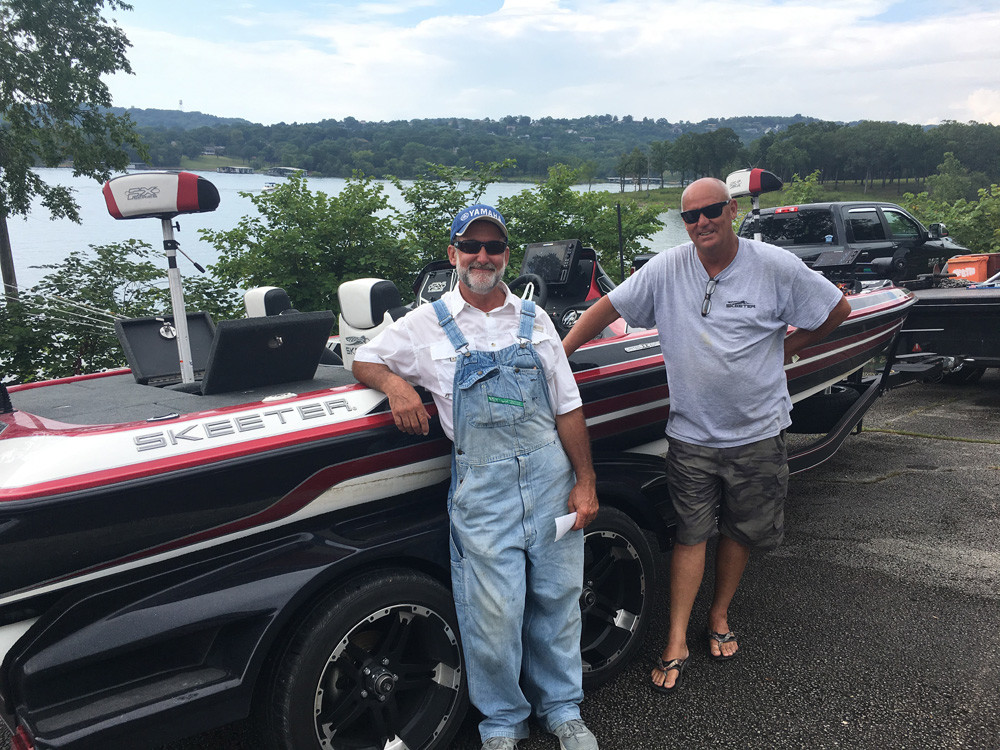