It got stingy at Mark Twain.

This tournament was a battle of attrition, as the teams fought the heat as well as a very tough bite, to see who would finish on top of both the tournament and the overall points championship.

Taking the top spot today, with the only 5 fish limit of the tournament, was the team of Doug Buhr and Ryan Schweissguth.

Doug and Ryan had a fairly good practice on Saturday fishing flat main lake points in the mid-lake area catching fish on crankbaits and plastics. However, come tournament day, Mark Twain gave the team the old curve ball, as they went back to those productive spots only to have a still empty live-well at 10:30. Doug and Ryan felt an adjustment was in order so they relocated to the lower end of the lake and fished deeper points with brush or timber. Doug and Ryan fished shakey head soft plastics and a Carolina rig to scratch out their limit that weighed 11.37 pounds.

The win was a little bittersweet for Doug, as he was between Skeeter boats and the team fished out of Ryan’s Ranger, so Doug missed out on both the Joe Bass Skeeter incentive and Skeeter’s Real Money program.

Taking the runner-up position was the team of Charlie Kunkle and Keith Willams. Charlie and Keith fished deep structure most of the day, points, humps, rock piles in 16 to 22 feet of water to catch their fish. The bait of choice was a heavy finesse jig with a twin tail grub trailer.

The team fell 1 fish shy of a limit bringing in 4 bass weighing 11.22 pounds. Included in their bag was the Ozark Chevrolet Big Joe Bass weighing 5.44 pounds. The team was also the highest finishing Skeeter fishing out of Keith’s 2014 FX20.

Rounding out the Top 3 was the team of Nick and Dominic Perotti. The father son duo fished jigs and soft plastics in the Spaulding area and the lower ends of both Indian creeks. Their 4 bass weighed 9.12 pounds.

Winning a very, very close Points Championship was the team of Charlie Kunkle and Keith Williams. Very, very close because they were tied in points with Dennis and Scott McFetridge with 863 points. So first tie-breaker is big fish, both teams had a big bass, for the year weighing 5.44 pounds, so it went to the second tie-breaker of total weight for the year, with Charlie and Keith edging out Dennis and Scott 57.32 pounds to 54.57 pounds.

Charlie and Keith will be Boat #1 next year as well as having their entry for the Joe Bass Invitational paid by Joe Bass.

Early boat drawing will be September 1st. Email timmy@joebassteamtrail.com with any questions. 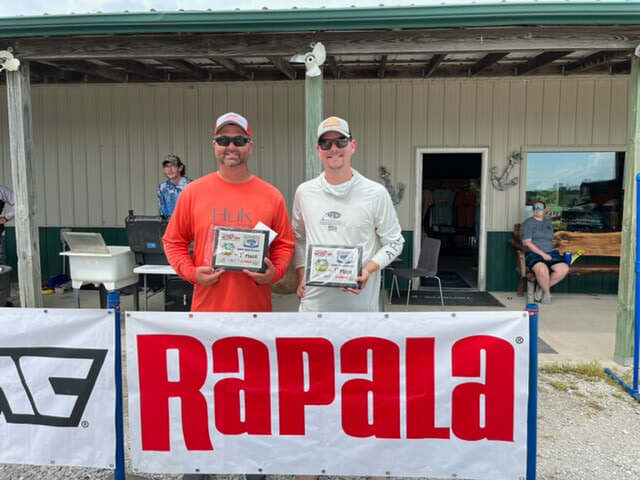 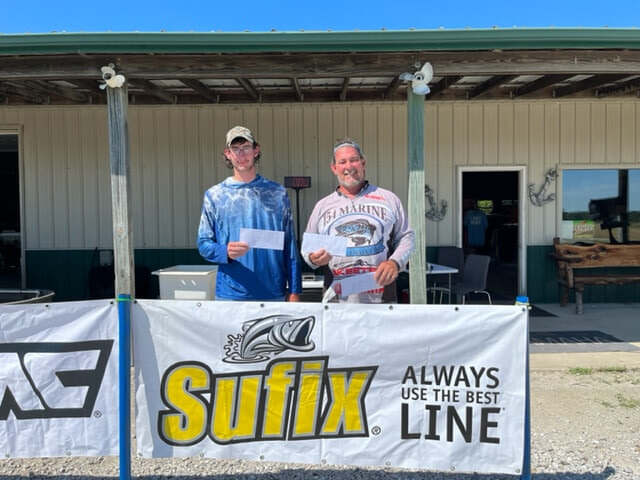 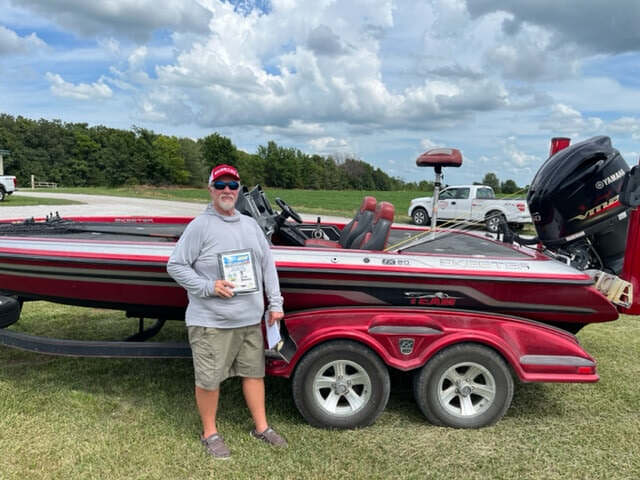