The fantastic payouts at Joe Bass events occur for three reasons; 1 – support by the anglers 2 – support by the sponsors 3 – support of the sponsors by the anglers. Loss of any of these three legs causes the pyramid to collapse. The August Table Rock event proved that to be exact as 44 teams assembled at Ahoy’s to face a day of changing weather conditions and the recreational boat traffic. Take off saw cloudy conditions, followed by a rain, then clearing skies that turned the return to weigh-in into a typical summer Baja Rally on the Rock.

Piecing together the puzzle of dynamic conditions was Tom Daegling and Kyle Morie. The dropped a staggering 19.36 pounds of Ozark bass on the scales to take the win. Their bag was anchored by the second big bass of the day, a 5.05 pound kicker. Tom and Kyle shared their Sport Boats USA Key to Success was fishing jigs on a main lake gravel runoff. They amassed their winning weight by 8:30, after which the boat traffic “ruffled” up their pattern.

Cole Findley and Jeff Barrickman had to make a quick departure after weigh in, but not before bringing in a second place weight of 17.71. It was reported they were “dragging”, but bait and location details were unavailable.

Embodying the pyramid described in the opener, division sponsor Ed Larson teamed with Matt Caesar to round out the top three. True to the support mantra, Matt and Ed caught their fish on a mix of Chompers spinnerbaits and Chompers tubes, with a stray thrown in that bit a Red Fin. Ed noted they concentrated on shallow bushes above Kimberling City. Matt and Ed padded their third place check with the Sport Boats USA Highest Finishing Skeeter bonus as they put 15.61 pounds of bass in Ed’s 2017 FX21 Skeeter.

John Cates and Mike Edwards added to their 4th place finish by wrangling the Ozark Chevrolet Big Bass of the day. Their 5.36 lunker hit a worm worked on a shallow rock bank.

The final event in the 2020 Table Rock Division will be September 19th at the Ahoy’s Ramp with a 7:00am takeoff. 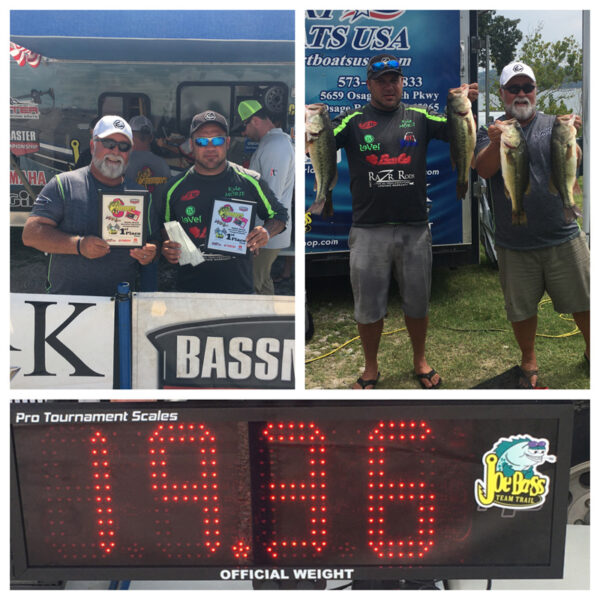 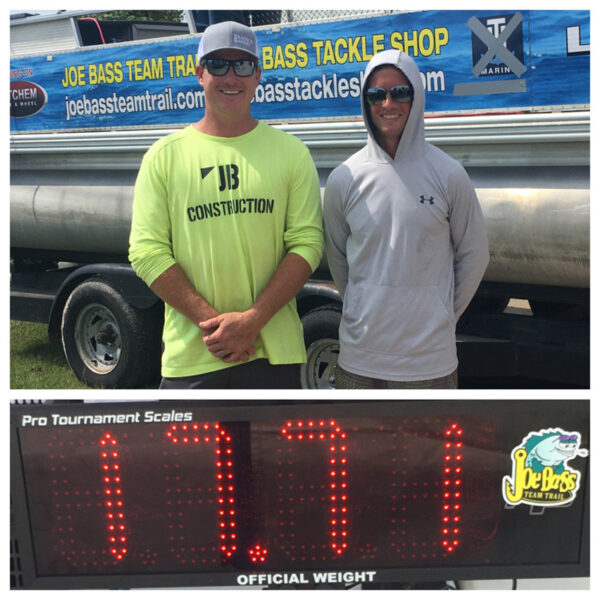 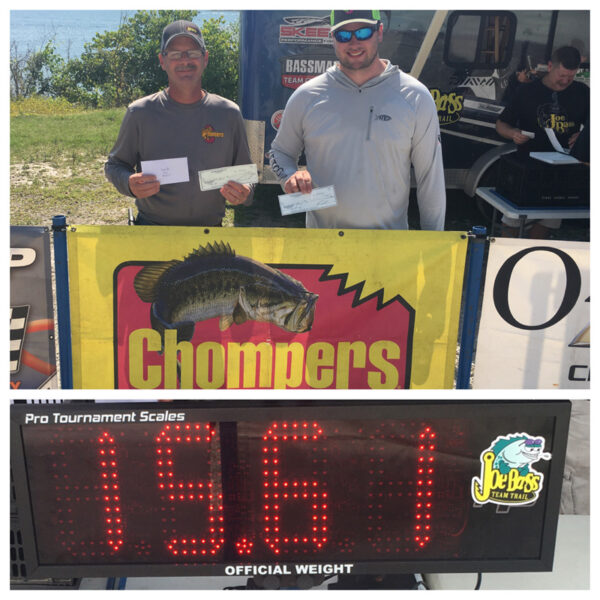 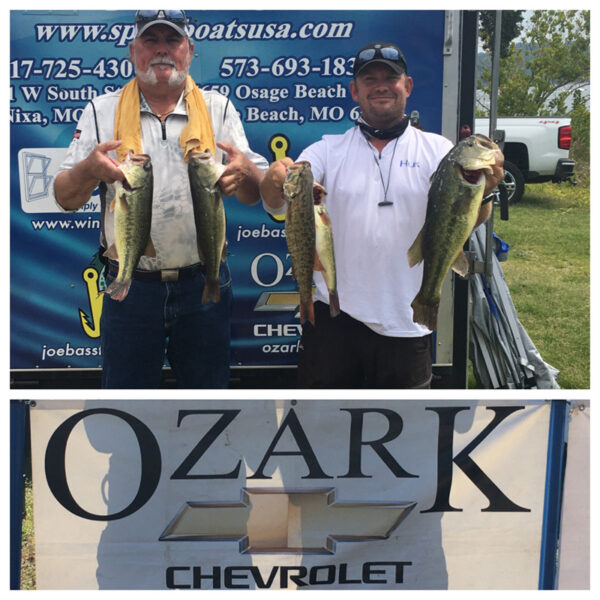 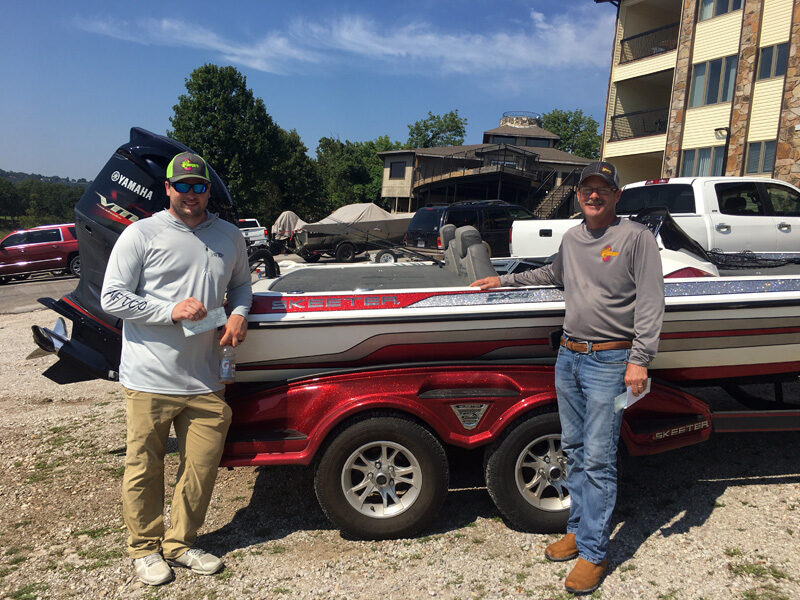