41 Teams set out on Mark Twain Lake for the sixth and final 154 Marine sponsored tournament of the 2020 season. Dock talk was how tough fishing was as teams were counting bites instead of keepers during practice.

Taking the top spot today was the team of Charlie Kunkle and Keith Williams. Charlie and Keith started their day on the lower end of the lake fishing brush piles and rocky high spots catching a keeper early on shakey head and big Texas rigged worms. The bite slowed mid-mourning until the recreational boat traffic started “moving” some water around, scattering bait and getting a few fish to start feeding. The team finished their limit before noon and point hopped their way back towards Robert Allen Ramp. The team made a last minute stop in some pole timber and and caught a nice upgrade to put them over the top. The teams 5 fish limit came in at 19.22 pounds, almost 5 pounds ahead of second place. 154 Marine Key to Success: For Charlie and Keith it was their Minkota Ultrex trolling motor and their Humminbird MEGA 360. The team said they could stay a little farther away from the brush watch it on the graph and the spot lock kept them right where they wanted to be even in the areas busy with recreational boat traffic. Charlie and Keith are sponsored by 154 Marine. Charlie was also the Highest finishing Skeeter owner fishing out of his 2020 ZXR21.

Taking the runner-up spot today was the team of Greg Zumwalt and alternate Rusty Rothweiler. Greg and Rusty Started their day in one of the larger creeks in the mid-lake area, fishing soft plastics around brush in 6 to 11 feet of water. Greg and Rusty had a limit before 9:30 and decided to leave the area to hopefully upgrade on some brush piles down lake. However, after fishing three spots without a sniff, the team reminded themselves “Never leave biting fish to find fish”. So Greg and Rusty returned to their mid-lake creek in the afternoon. The team settled for 2nd place weighing in 14.25 pounds. Greg is sponsored by Mark Twain Lure Co, Dyna Gro Seed, Gene Larew and Jack’s Harbor Marine.

Finishing in Third was the team of Dennis and Karen McFetridge. the Bass Team Tackle, Sports Paint and Tri-State Trolling Motor sponsored team Started their day fishing main lake points with soft plastics both Texas and Carolina rigged catching 2 keepers early. Later the team moved to a secondary point in one of the mid-lake creek arms finishing their limit around 11am.

Catching the Ozark Chevrolet Big Joe Bass was the father son team of Phil and Travis Allen. You talk about one excited 14 year old! The team caught the 5.22 pound lunker off a secondary point with wood in about four feet of water on a 4″ Crock O Gator Tube. Phil texted me that Travis was still smiling two hours after the tournament was over!

Congratulations go out to Jim Coyner and Keith Ostrander as the 154 Marine Division Points Champions. 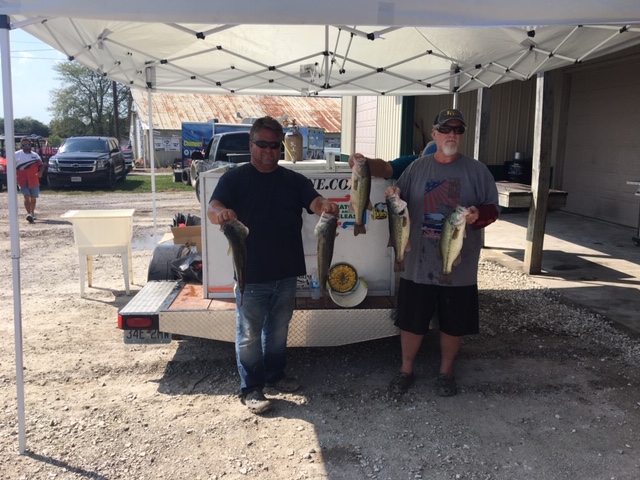 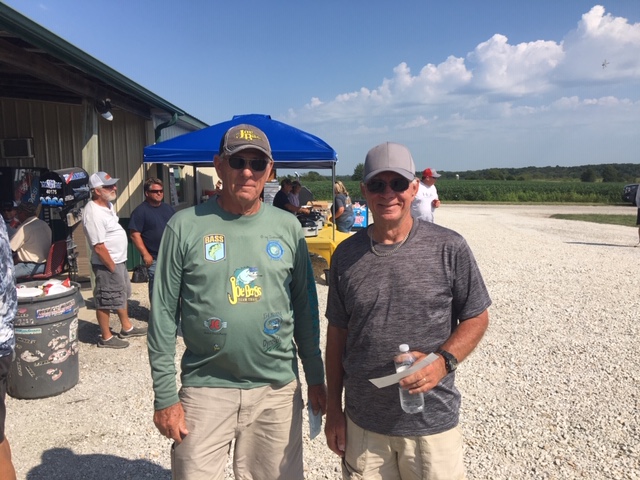 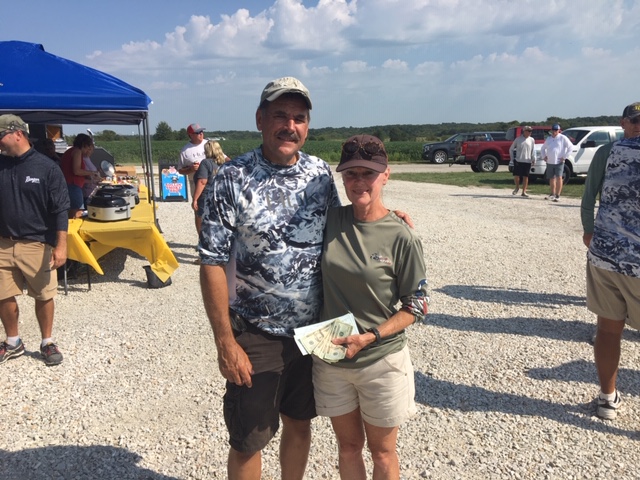 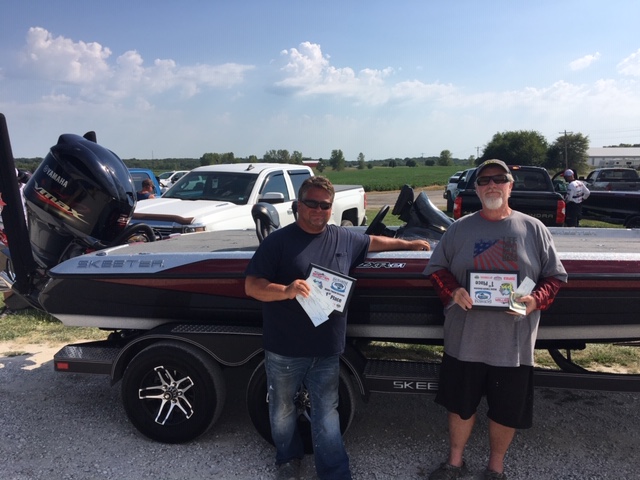 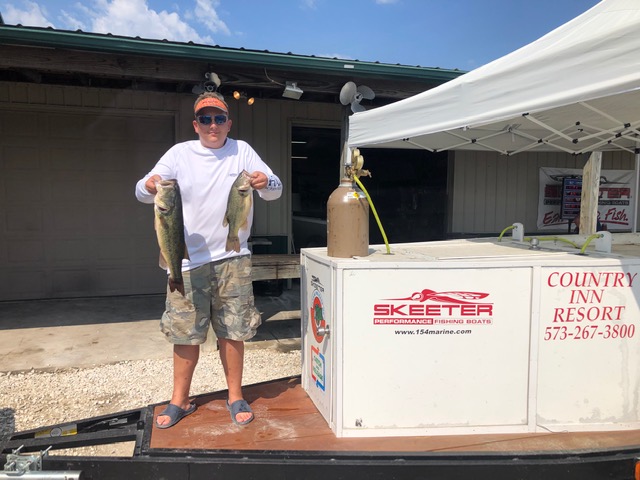