The last tournament for the 2022 season of the JOEBASS TEAM TRAIL Stockton Division brought to you by Albers Marine, Inc. was held at the Orleans Trail Marina. The anglers faced a brisk morning with the lake setting 5 feet below power pool. In true fall fashion the lake was stingy to most. A few teams found fish in various ways.

The first place team of Matt Garrett, Dadeville, Mo and Will Isaac, Springfield, Mo, sponsored by Mutton Creek Aussies and Fin & Feather, used jigs and squarebills shallow to find 16.83lbs of fish to win the final event. They also had the Ozark Chevrolet Big Bass of the Day that weighed 5.60lbs. Matt stated they caught the fish around 10am shallow.

The second place father/son team of David and Sean Mulkey, Ash Grove MO, sponsored by Chompers, used Chomper jigs in 12-18 ft. of water with structure to bring in 16.53lbs of fish. They stated the bites were few but quality to get them in the check line. The team also had the 2BB of the day that weighed 5.40lbs.

Keith Hurd fished with Jeff Nelson out of Keith’s 2021 SKEETER ZXR20. The team had 12.43lbs to take home the Top Finishing Skeeter. 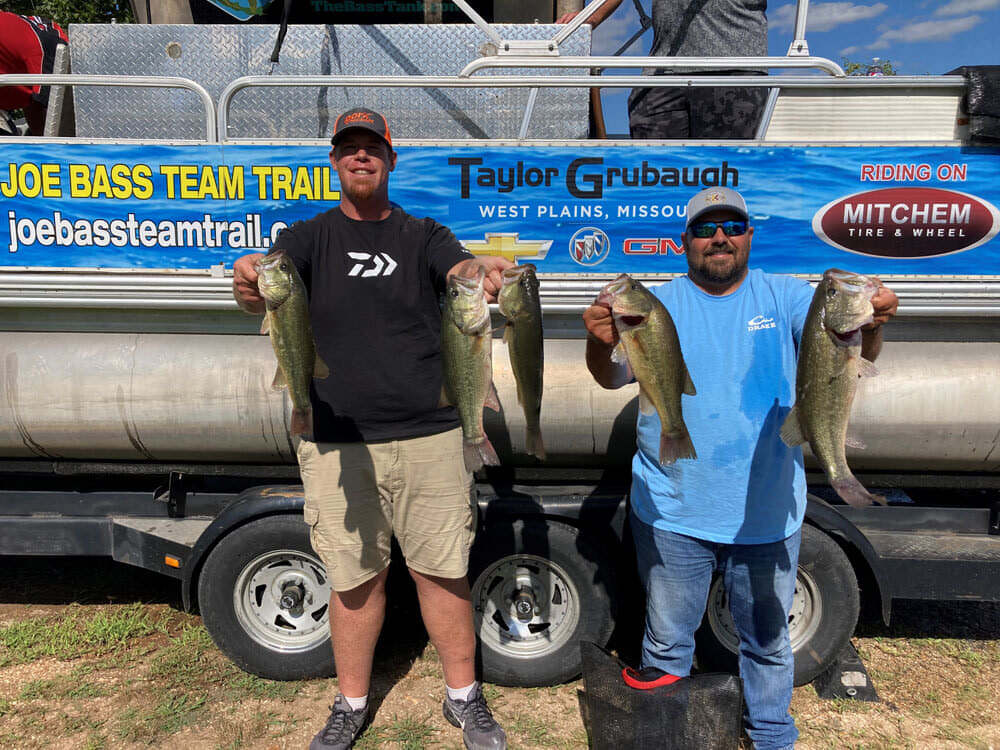 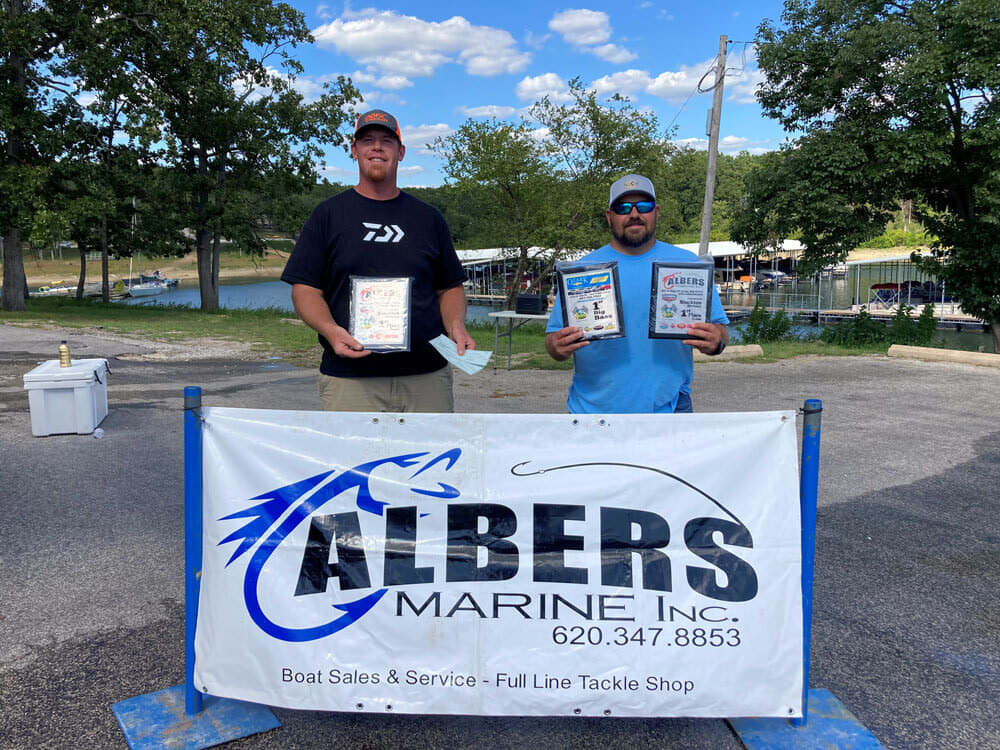 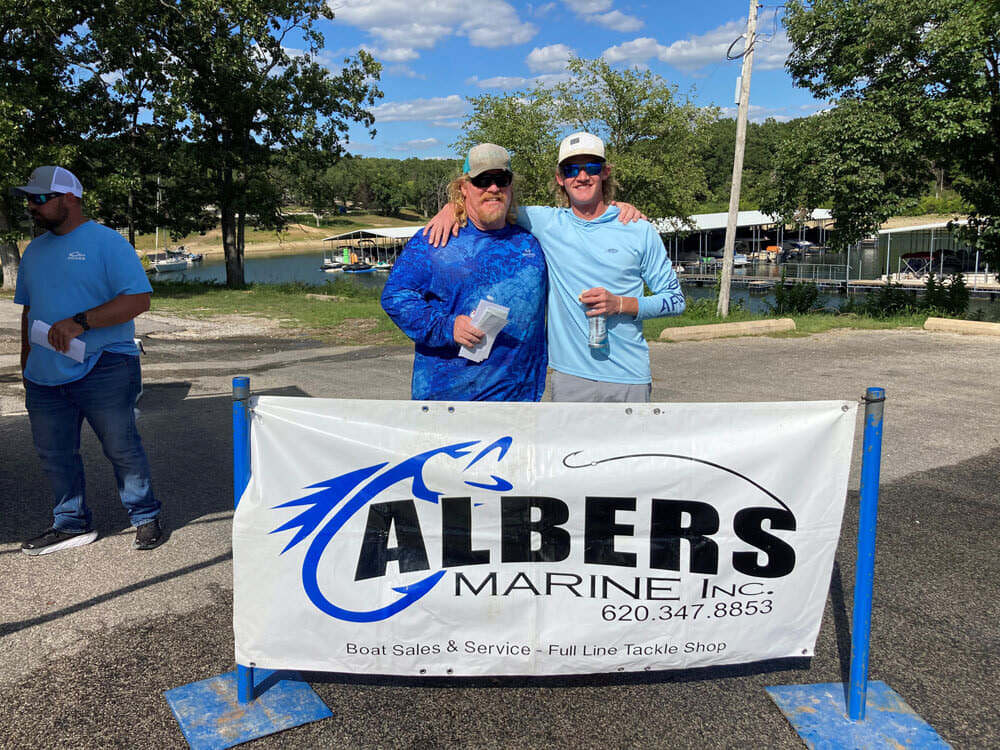 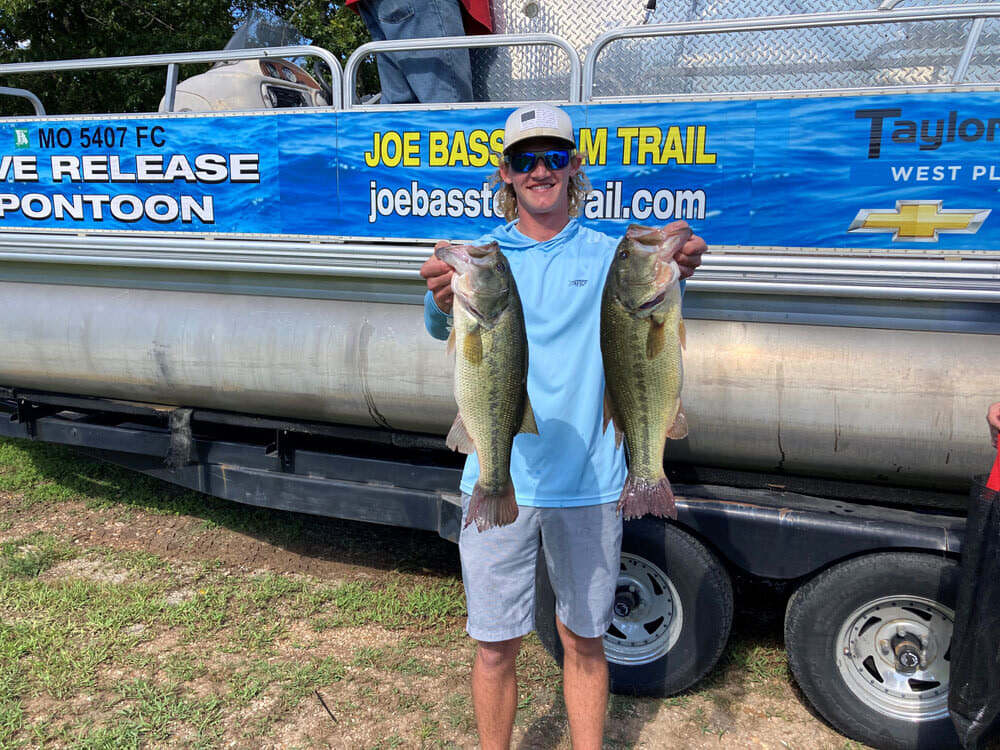 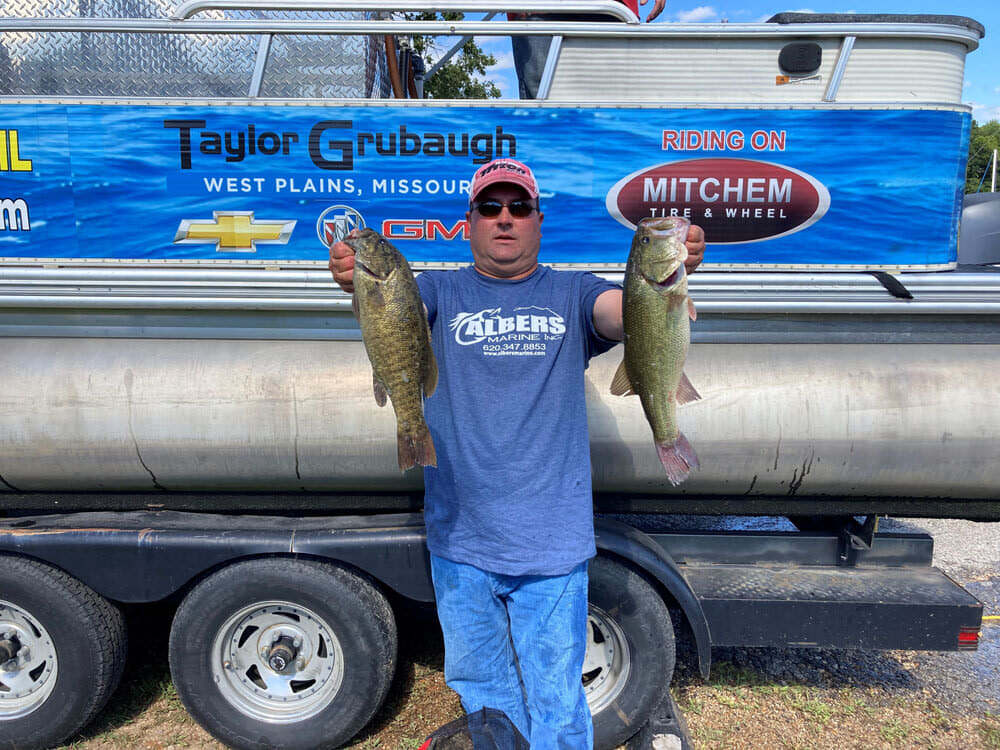