The weather was beautiful clear and eighties for the highs. The anglers of the Tackle HD Joe Bass Team Trail sponsored by Albers Marine, Inc. hit the water knowing there were some other tournaments on the water with several other anglers. Never fail this group of anglers always come through. The water temps still high had the fish sitting up on brush piles in the mid depth range of 8-15 ft deep. Big worms did the most damage.

Fishing out of his new 2021 Skeeter ZXR20, Keith Hurd, Springfield, Mo and his partner Jeff Nelson, Morrisville, MO, caught their limit of fish that weighed 15.87lbs. Keith got the Top Skeeter of the day.

Close behind was the team of brothers, Justin Angel, Willard, MO and Scott Angel, Seymour, MO, used worms and jigs to bring in 5 fish that weighed 14.96lbs for 2nd Place.

The father/son team of Dennis and Hayes Edwards, Leavenworth, KS, sponsored by Mondo Tackle, Ozawkie Boats and Trophy Bass Co., caught a limit that weighed 14.75lbs good enough for 3rd Place. Dennis also had the Ozark Chevrolet Big Bass of the day that hit the scales at 6.00lbs.

Thanks to Albers Marine, Inc. for their sponsorship of the 2021 season. 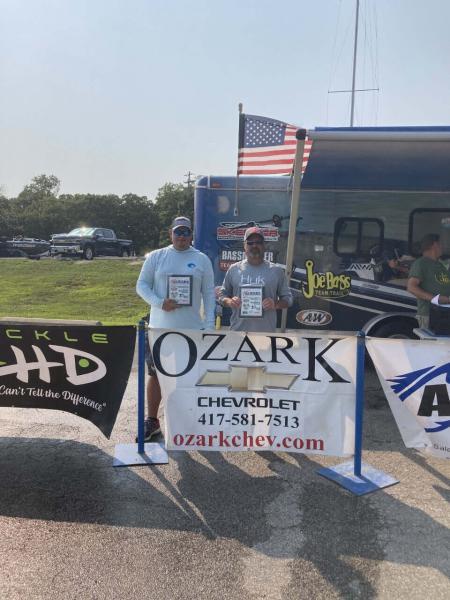 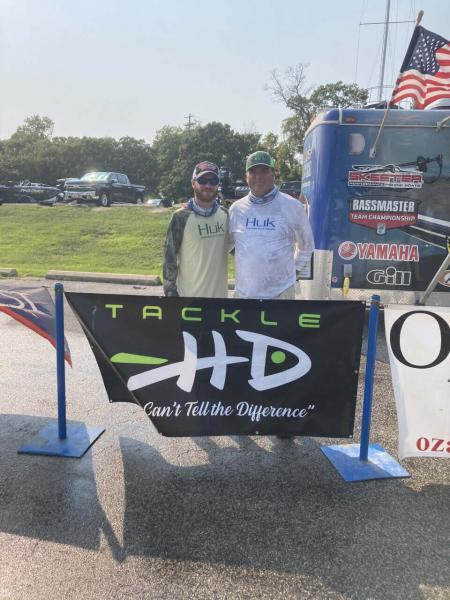 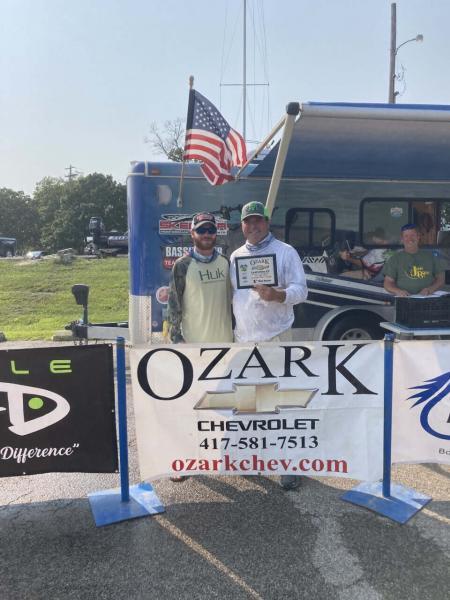 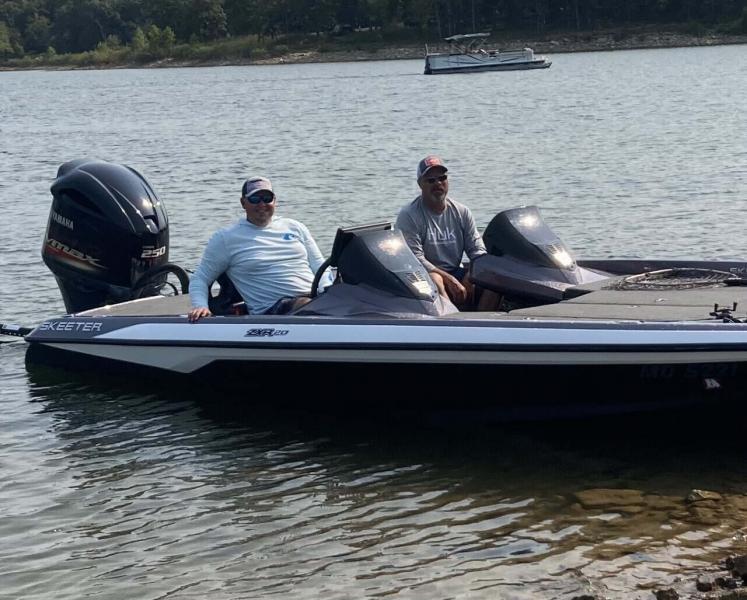