The last regular season of the Tackle HD Joe Bass Team Trail Table Rock Division was started with a moment of silence in memory of the 20th anniversary of this tragic day in history. The teams took off on a beautiful morning with no wind. A slight breeze kicked up later in the morning helping the top water action. It appeared that there were a variety of top water baits thrown but in the right areas this was the technique to use.

Last years division champions Mike Gold, Billings, MO, and Eric Oliverson, Lampe, MO, sponsored by Legend Whitetails, Lew’s, and Minn Kota found this action to work for them. The team weighed in 18.31lbs. They stated they did not run far and found the fish in all depths.

The father/son team of Kevin and Bryan Jackson, both of Monett, MO, fished towards the mouth of the James River using the same type of technique. They had a limit that weighed 17.46lbs. They also had the Ozark Chevrolet Big Bass of the day that weighed 5.89lbs. Kevin made extra money by fishing out of his Skeeter ZX 250 earning him the Top Skeeter finisher.

A special thanks to Chompers for sponsoring this division and Table Rock Resorts for allowing us to use Ahoy’s boat ramp.

2022 boat number reservations are being accepted. 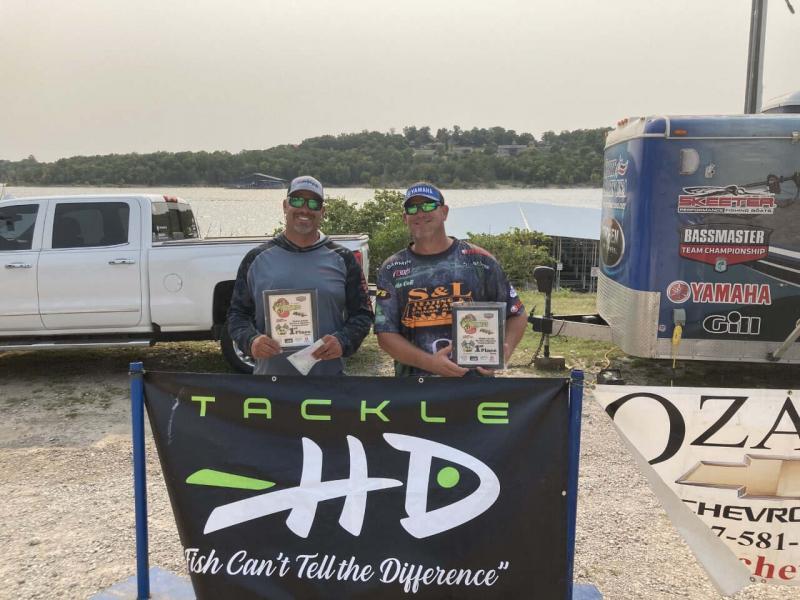 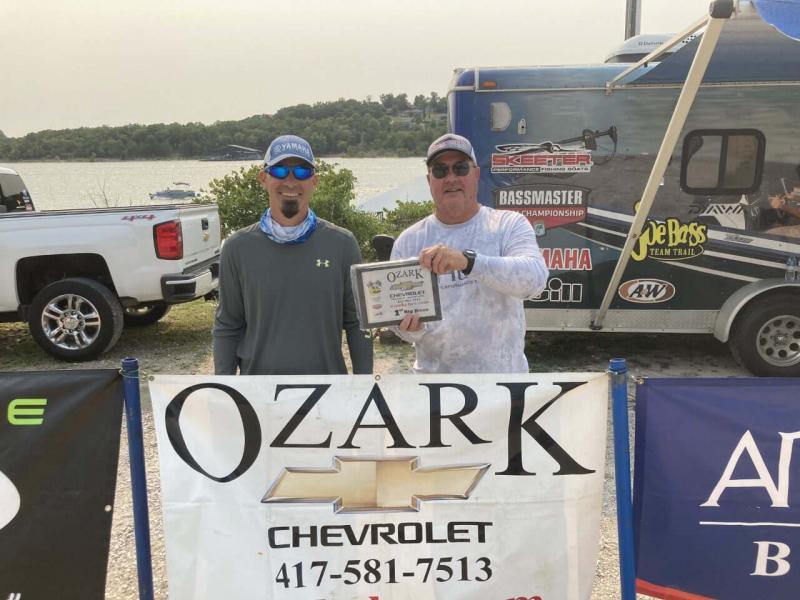