33 teams launched from Ahoy’s with hopes of finishing the 2022 Antique Division season off with a victory.  Although cool at takeoff, unseasonably warm temperatures combined with high skies and light winds to produce tough fishing conditions.  12 limits were brought to the scales, but every fish proved vital for valuable qualifying points for the Joe Bass Invitational to be held at Stockton Lake next month.

Jay Oliver and Aaron Hodge finished off a stellar season with a win as they put 16.90 pounds of T-Rock bass on the scales.  Their bag was anchored by the Ozark Chevrolet Big Bass, a kicker 4.99 pound largemouth limit.  They noted a combination of a buzzbait bite along with a jig which proved to be the Catch ‘Em All Key to Success as they worked through 8 keepers on a scattered approach, catching most of the fish before noon.

Pat Leonard and Eric Olliverson wrangled the runner-up position with a 15.36 limit of bass.  They relied on a topwater pattern to catch their fish.  Pat and Eric worked an all day bite between Joe Bald and Campbell Point.

Jeff Farquhar and Gary Hazell rounded out the top three.  Their five fish limit pushed the scales to 14.71 pounds.  They chose to drag jigs and a shakey head in the 20’-25’ depth range.  Putting 9 keepers in the boat allowed them to cull up to their finishing weight.

Kelly Jones and Roger Satterfield added to their fourth place finish by taking Top Skeeter honors.  Feeling like they lost the fish that could have put them in position to win, the duo managed a strong 14.71 limit, fishing buzzbaits, ploppers, and a jig from Rogers sparkling new ZXR21 Skeeter boat.

Special thanks to Maybee Insurance and Smith Electric for the support of the division, as well as all the sponsors, including Catch ‘Em All Bait and Tackle where one can utilize a 10% discount by presenting a Table Rock weigh-in slip to the Cape Fair tackle shop.  Be sure and keep your receipts for a chance at $1000 at the Joe Bass Invitational next month at Stockton. 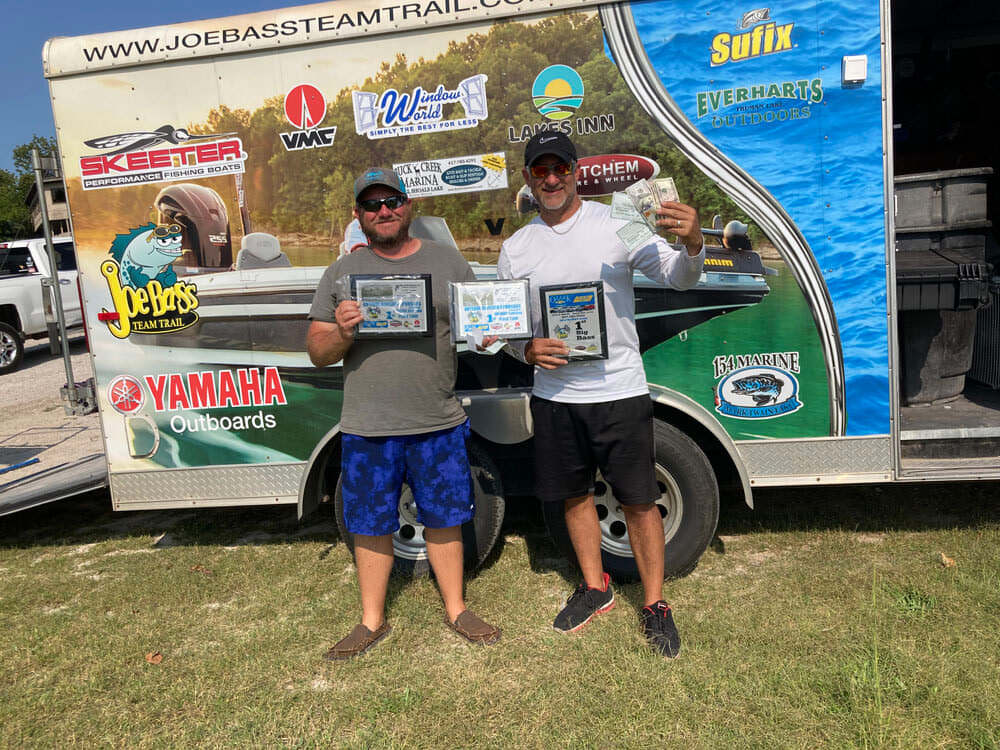 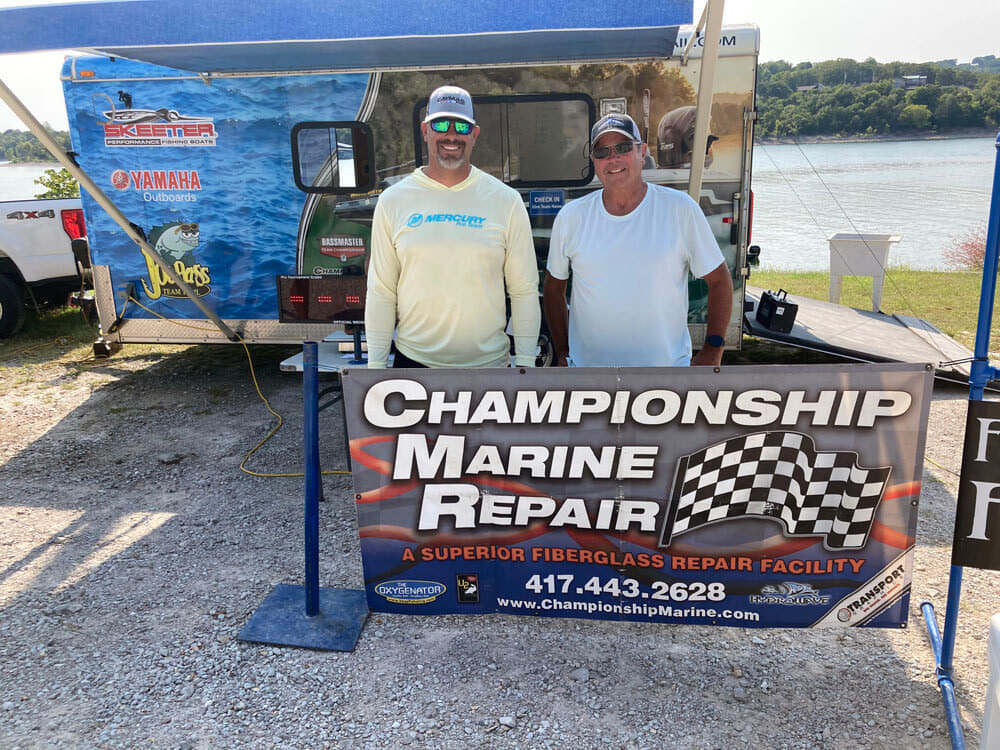 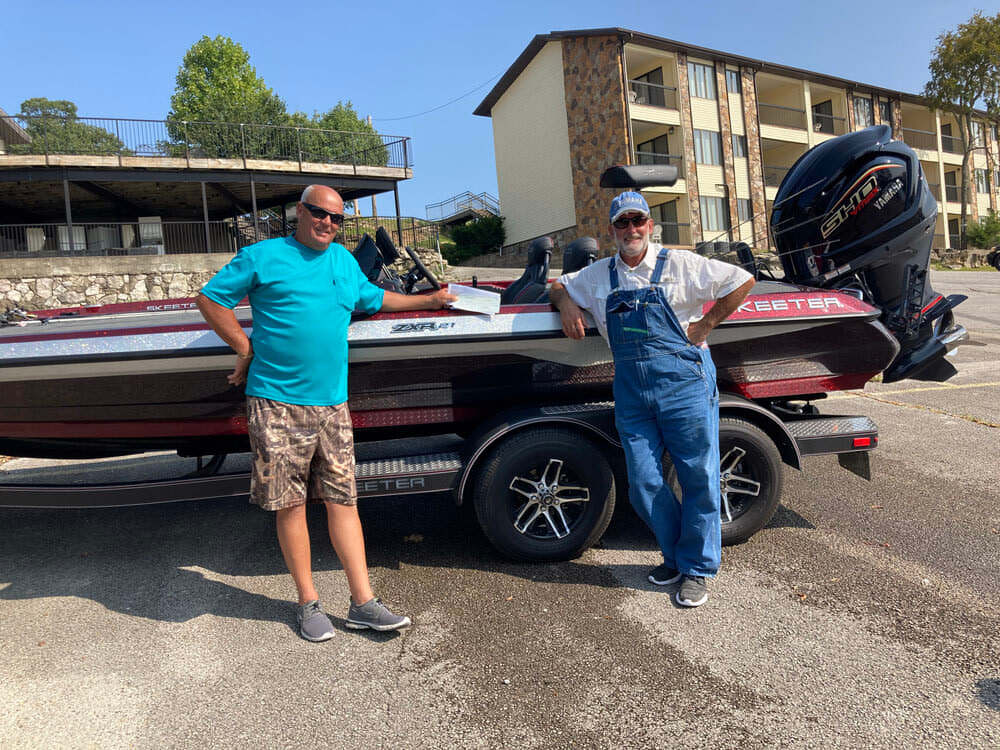