The season finale of the Joe Bass Team Trails Table Rock Division proved a bit tough as the typical September slump appeared to have the fish starting to scatter from their summer haunts but not quite stacked up on their cool weather spots. However, the skills of the area anglers shown through bright and clear as several strong limits were posted, points champions determined, and qualifying points for the October Invitational to be held out of beautiful Bucksaw Resort accrued.

Closing out the regular season with a victory by Justin McCelland. Justin solved the puzzle as Justin shared his Sport Boats USA Key to Success involved fishing Big Bite Baits BFE’s and a jig tipped with a Big Bites Bait Yo Momma to shallow cover to amass his 15.85 weight. Justin reported he worked through a staggering 35-40 cookie cutters, watching them hit, to get to his final weight.

Kelly Jones and Roger Satterfield came in a close second with a 15.31 pound stringer. Kelly and Roger also noted they caught a lot of short fish, but the right keepers on jigs in 10’ in the James arm. Their 4.88 pound kicker proved to be the Ozark Chevrolet Big Bass of the day. They added to their 2nd place take home pay with the Sport Boats USA Highest Finishing Skeeter bonus by fishing from Kelly’s 2019 FX21 FX Skeeter boat. Kelly Jones and Roger Satterfield win the Open division points race.

The Last Chance event will be September 27th out of Bucksaw with a 7:00am takeoff.

Note! The Invitational qualification list will be updated with the conclusion of each division. Check the website for your status. Also note that NO LETTERS WILL BE MAILED. Sign up forms are available on the website. Forms can be printed and mailed in or you can register online. 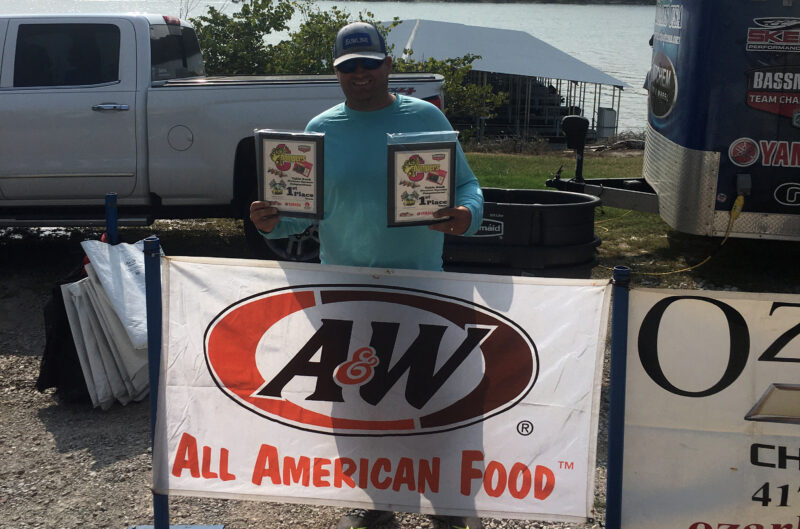 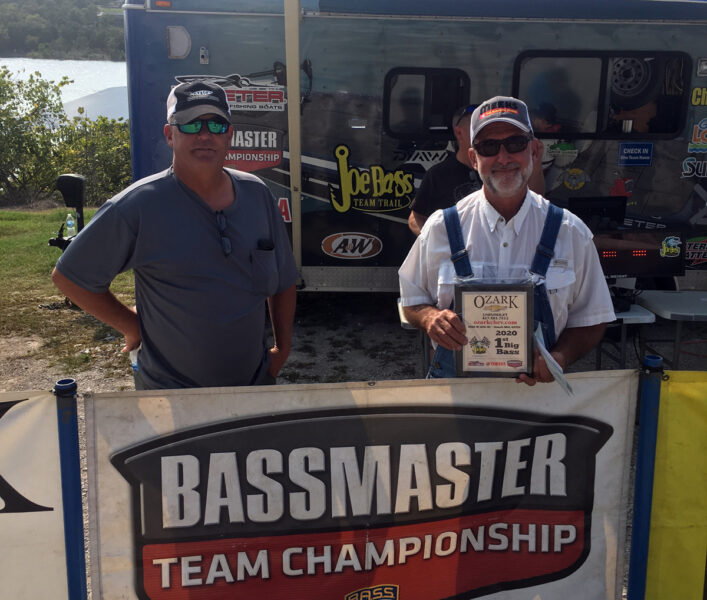 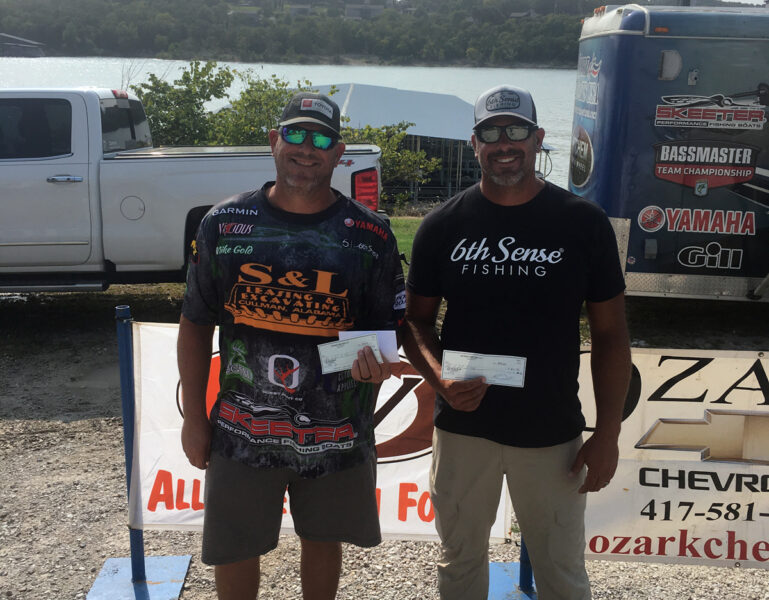 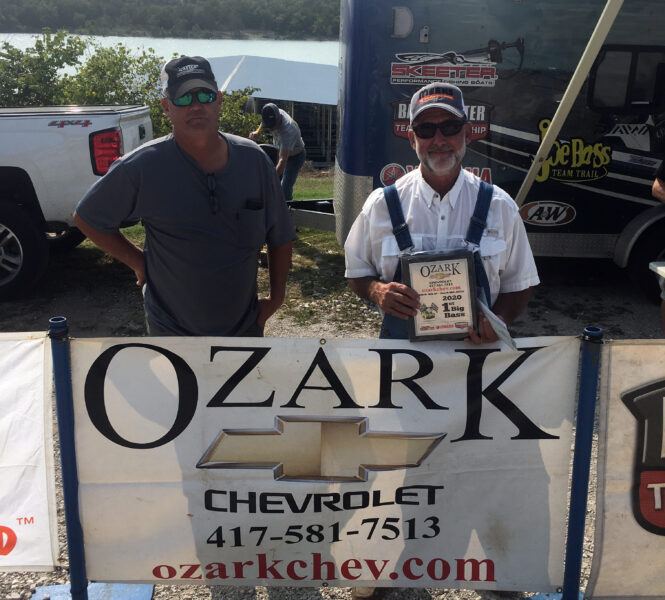 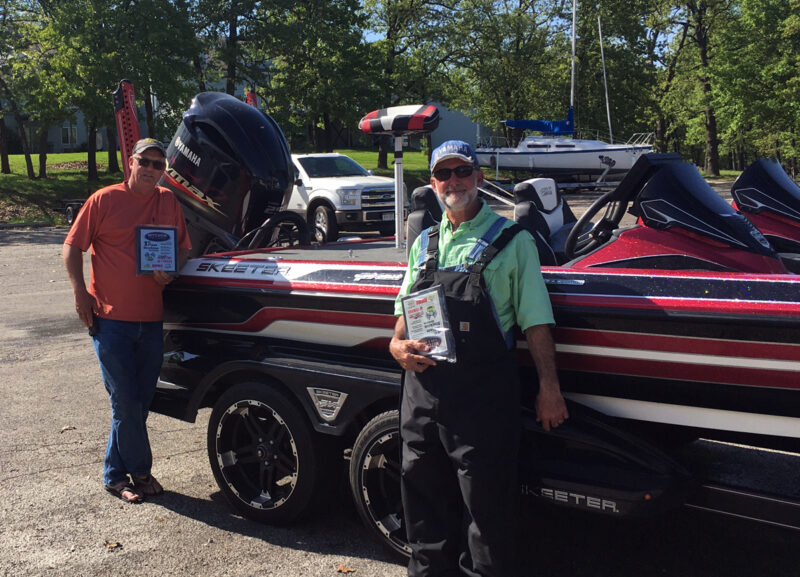