After a long season that saw uncertainty throughout the world in politics, economics, heath, material distribution, and of course, the normal ups-and-downs related to tournament fishing, the Tackle HD Joe Bass Invitational held at Bucksaw Resort and Marina proved to be the perfect opportunity for all to gather as friends and competitors and celebrate the 2021 season.

Activities kicked off with the return of demo rides provided by the Skeeter Demo Team.  Over 60 individuals got the chance to experience the thrilling ride provided by both the FX and ZX models, showing the signature line’s snapping holeshot, acceleration, top-end speed, and of course, the dependable maneuverability and ultra-smooth ride.  Many thanks to Tim Reed and the Demo Team for providing the chance to sample the nation’s premier bass boat.  A Skeeter owner himself, Kelly Jones was drawn from those taking the demo ride and won a cool $500!

While enjoying the wonderful meal provided by the folks at Bucksaw Resort and Marina, the anglers were treated to a tremendous give away of sponsor products.  Let it not be lost that the sponsors are being pulled multiple directions for support.  Without your patronage of their products, we would not see the tons of product provided by companies such as Chompers, Big Bites Baits, Lucas Marine Products, Rapala/Suffix/VMC/Storm, Favorite Fishing Rods & Reels, TNT Quick Stop, Motion Fishing, Solar Bat, Albers Marine, Hickamo Country Store, Everharts, Nichols Lures, Hitch Locker, Anglers Port Marine, and many others.  Proving it pays to support the sponsors, Mark Thompson walked away with $825, 10x the amount of his Tackle HD receipt which was drawn.  Likewise, $1000 cash went to the winner of the Save-A-Receipt drawing.

Now to the fishing!

Coming out on top of the Window World Leader board was the crowd favorite team of Kevin Duer and Dustin Young.  Kevin’s track record spans decades of tournament events, while Dustin’s vigor appears to have spurred the team to new heights.  Kevin and Dustin wrapped up Day 1 in second place with a 17 pound stringer, just behind leaders Blake Felix and Rick Fishback.  Their kicker, a 6.83 lunker, proved to be the Ozark Chevrolet and Arvest Bank Credit Card Big Bass of the event.  After a shaky start while launching for day 2, the duo boated a four fish bag, pushing their two-day total to 28.55 pounds to take the 2021 Tackle HD Joe Bass Championship.  Kevin openly shared their Tackle HD Key to Success was working Kevin’s homemade ½ ounce tandem blade spinnerbaits through deeper trees, a legacy Truman Lake fall pattern.  What proved to be the difference, Kevin and Dustin found the better fish to be much deeper than the typical “drop spinnerbait” would target, as they slow-rolled their blades through hardwood limbs in depths up to 20 feet.  As those a bit long in the tooth will appreciate, it was overheard that Kevin mentioned that “Freddie” was with him on the water.

Coming in second place was, Wayne Garrison and Doug Zink.  In addition to the stout runner-up payout, Wayne and Doug added to their take home pay as they wrangled the top finishing Skeeter award as they put a 10 fish tournament limit into Wayne’s new ZXR20.  Wayne and Doug also leaned on the spinnerbait bite, fishing deeper trees along channel swing points.   The pattern didn’t produce a lot of keeper bites, as Wayne noted they put six keepers in the Skeeter each of the two tournament days.  However, the quality was there as they totaled 24.51 pounds for the event.

Proving that experience matters, another veteran team, Keith Hendrix and Greg Zumwalt rounded out the top three.  Keith explained they strayed from the spinnerbait pattern, choosing to flip Big Bite Baits Trick Stick worms instead.  Their nine fish limit pushed the scales to 24.41 pounds.  Keith and Greg spent the event putting their Skeeter ZXR20 in depths between 5’-10’ where they targeted pole timber on flatter banks in the 5’-10’ depth range.

Riley Hill may have been dejected after a mid-pack finish in the tournament, but his day made a Skeeter J-Turn as he was drawn as the winner of the dazzling Skeeter ZX150/Yamaha Outboard draw package.  With a big smile on his face, Riley said he’s looking forward to fishing out of his brand new Skeeter bass boat!

With the 2021 season in the books, the 2022 Joe Bass Team Trail season will kickoff with a Bull Shoals Division event out of Buck Creek Marina on November 6 with a 7:00 am takeoff. 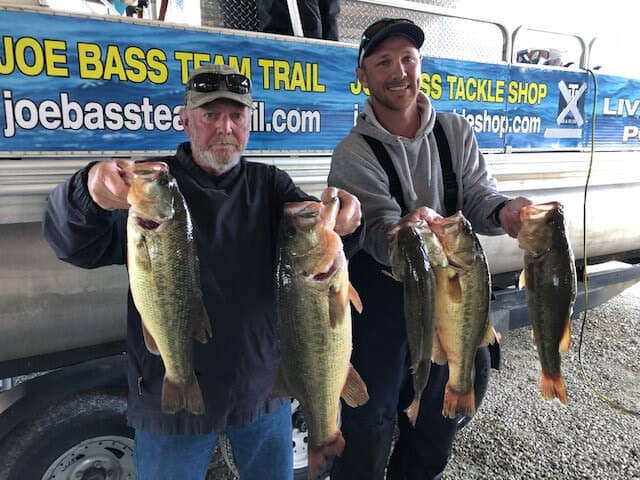 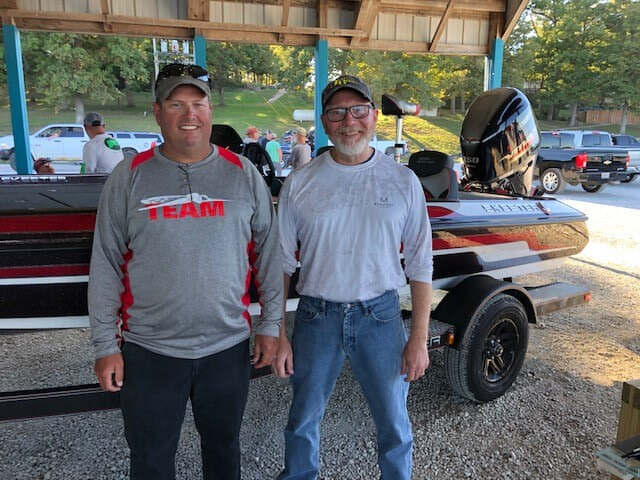 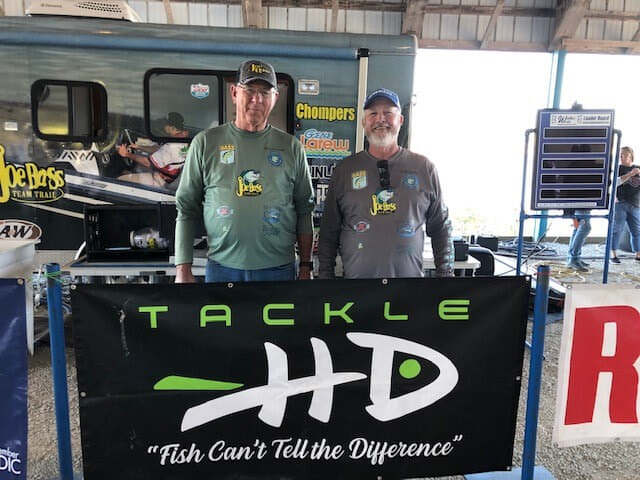 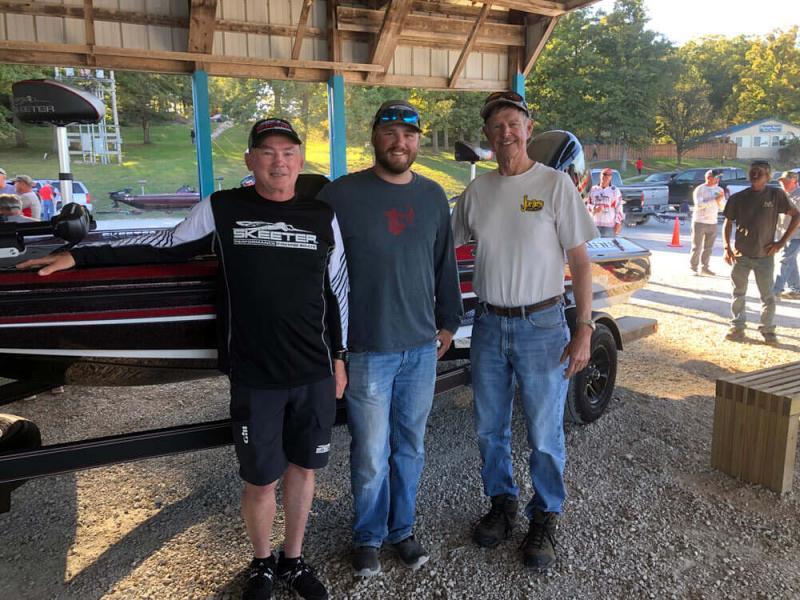 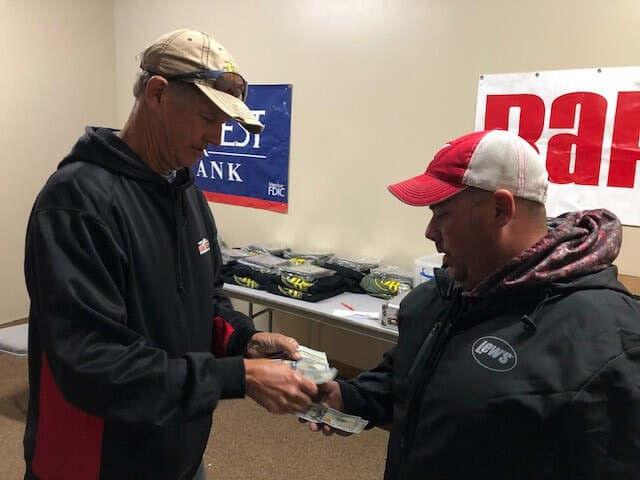 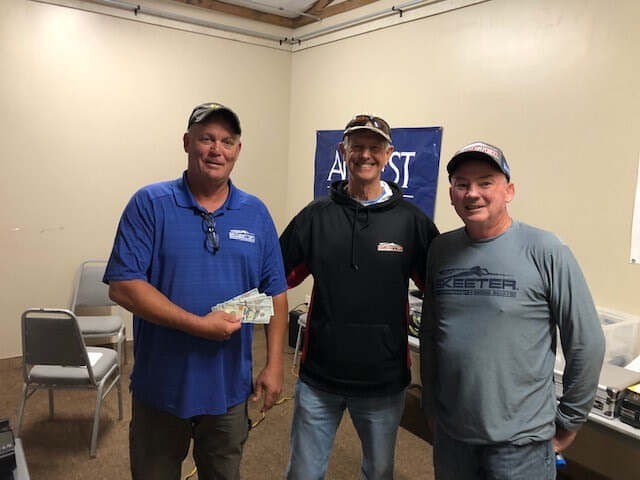 Here are the final results.