Vibrant fall colors and cooler temperatures ushered in the kick-off event of the 2022 Bull Shoals Division of Joe Bass Team Trail. Anticipation was high with hopes the dropping water temperatures would spur the annual fall bite as the bass load up for a long winter. Instead, the cooler air temps mixed with the warmer water, producing a multi-hour fog delay for the 29 teams that took off from Buck Creek Marina to battle for daily bragging rights and qualifying points for the Joe Bass Invitational to be held Stockton Lake next fall.

Picking up where they left off in 2021, Team Blevins roared to victory with an impressive 21.46 pound bag. With a high-dollar tournament coming up, details were tougher to glean than normal. It was suggested that Eric and Dustin’s Mid America RV Key to Success was biting the end off a merthiolate Zoom Trick Worm and using it on a Ned Rig to catch their fish. There were also suspicions they covered a ton of water with a crankbait to catch several keepers, including the Ozark Chevrolet Big Bass, a 5.55 kicker on route to another stellar victory.

Dakota Pierce teamed with Cody Huff to take second place honors. Their five bass limit pushed the scales to 18.61 pounds, topped by a 5.20 largemouth. As with the winners, details were scarce, leading to some talk Dakota worked an Arashi Glide Bait while Coby followed up with a venerable green/black striped Beatle Spin. Of course, there was the school that thought shadowing shad schools with their Live Scope and fishing vertically might have been the key.

Third place was anchored by Eric Toliver and Zach Lawrence who’s 15.77 pound bag landed them high in the check line. They offered up a tad more info, saying they caught between 12-15 keepers on an all day bite mixing a crankbait with a deep vertical offering.

The second event of the Bull Shoals Division will take place December 18th with a 7:00am takeoff from beautiful Buck Creek Marina. 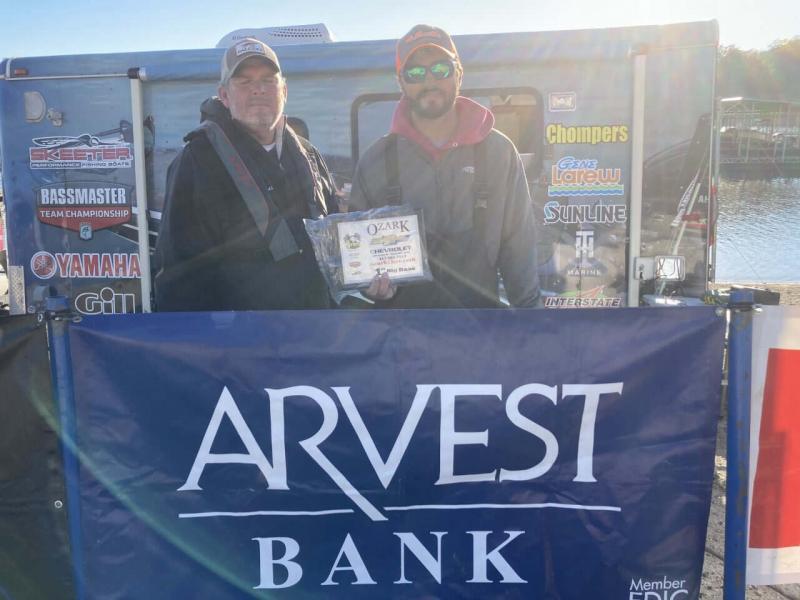 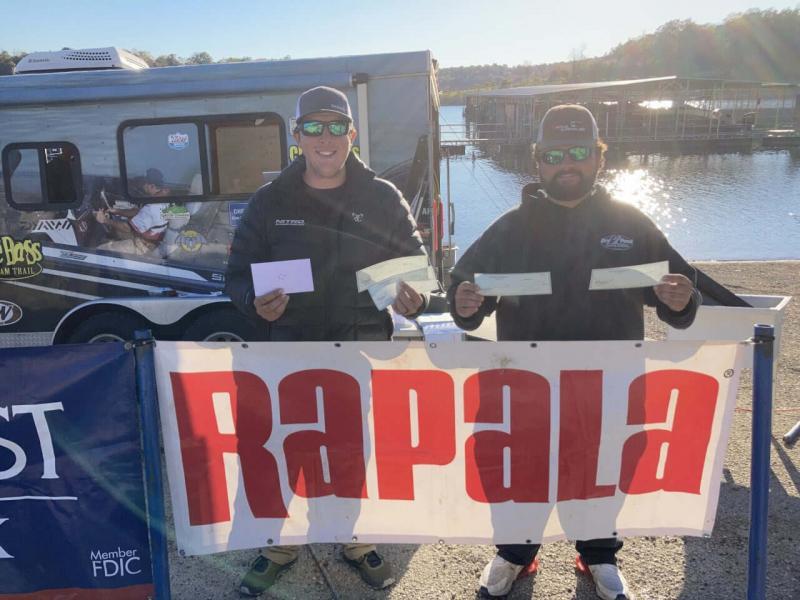 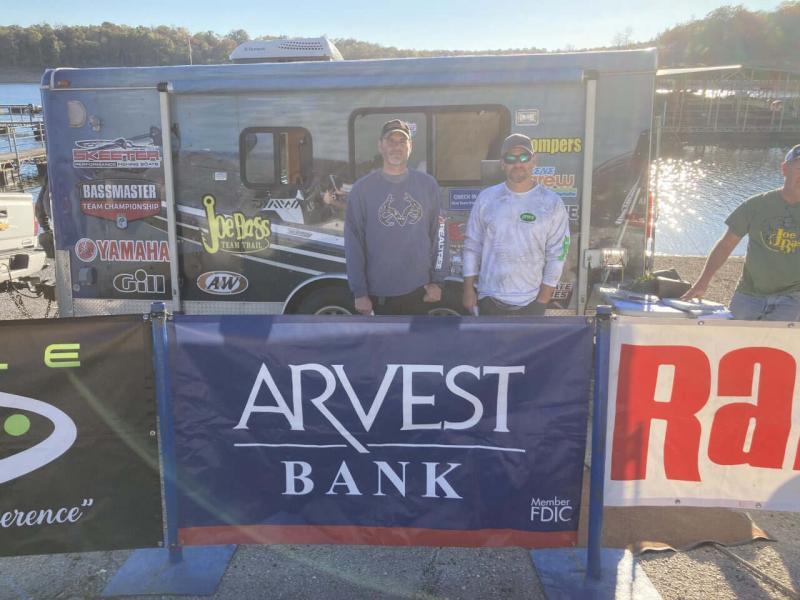