2023 is upon us! Eager to get the season started. 34 teams descended upon beautiful Buck Creek Marina with hopes of a strong run out of the gate. Recent cooler weather has been dropping the water temperatures, projecting many to believe the annual late fall bite could turn on at any time. Despite frigid temperatures at takeoff, the day finished under sunny skies and mild temperatures, both of which led to a great weigh-in as teams looked to pocket some daily prize money while accruing valuable qualifying points for the Joe Bass Invitational to be held Stockton Lake next fall.

Team Blevins picked up where they left off last season with a strong 19.10 pound limit to take the win. Eric and Dustin have learned to have fun with the interview process, suggesting they caught their fish on jigging spoons and a “recoil worm” that Eric saw on some late night infomercial. After further review, both would require a slow, methodical approach, so it’s more likely their Mid America RV Key to Success was attempting to circle the lake with a crankbait! Dustin noted they caught a ton of fish, parsing through nearly 30 keepers to get to their best five.

Darrin King and Mark Mahaffey leaned on the crankbait as well, mixing in a jig and an opportunistic spoon bite on some schoolies to drop 17.63 pounds on the scales. Overall they stayed fairly shallow, catching 15 keepers on an all-day bite. They added to their second place purse as they took Top Skeeter honors by Mark’s new Skeeter bass boat.

Local sticks Jason Davidson and Darren Tilley returned to action with a stout 17.10 pound bag to wrangle third place. They also took advantage of a shallow bite, mixing a crankbait with a plopper to catch their fish. Darren noted the bite picked up as the sun got on the shallows, allowing them to boat over 30 keepers throughout the day.

Everyone knows a kicker can boost your finish, a concept Kevin Dickey maximized by bagging the Ozark Chevrolet, big bass of the day, a 6.19 pound lunker that vaulted him into the final paying position and giving him big bass money for the event. Kevin’s anchor fish fell to a jig worked through a shallow brushpile.

The second event of the Bull Shoals Division will take place December 17th with a 7:00am takeoff from Buck Creek Marina. 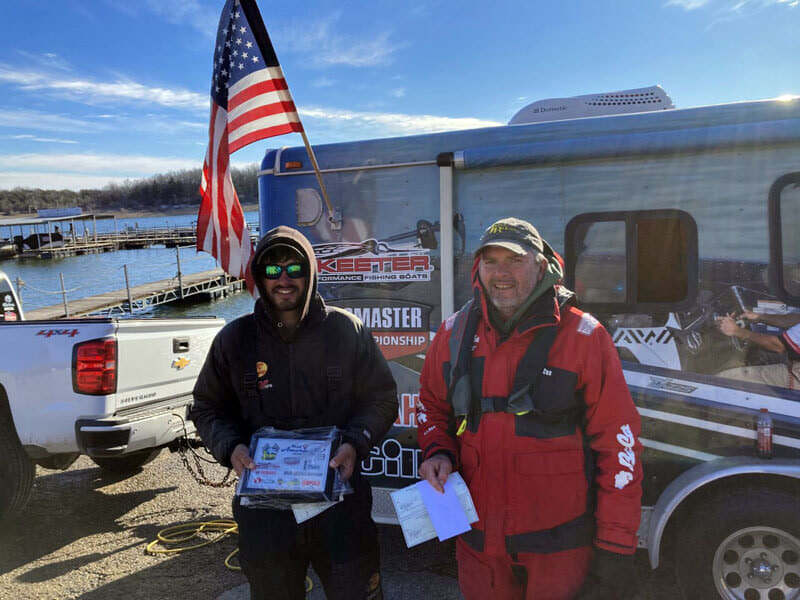 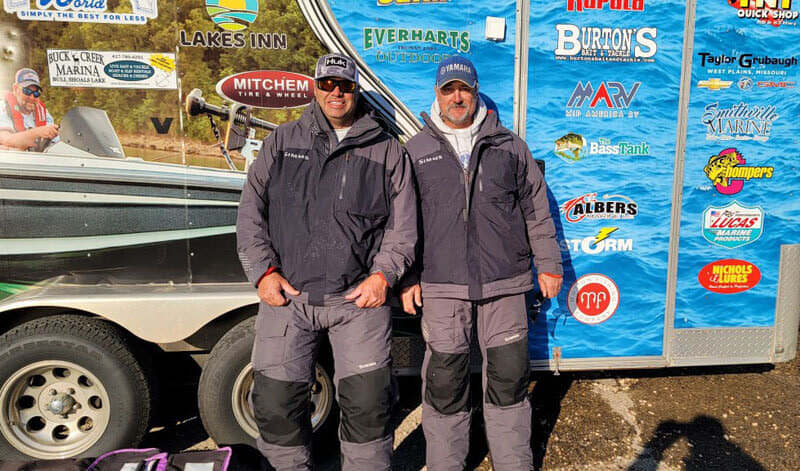 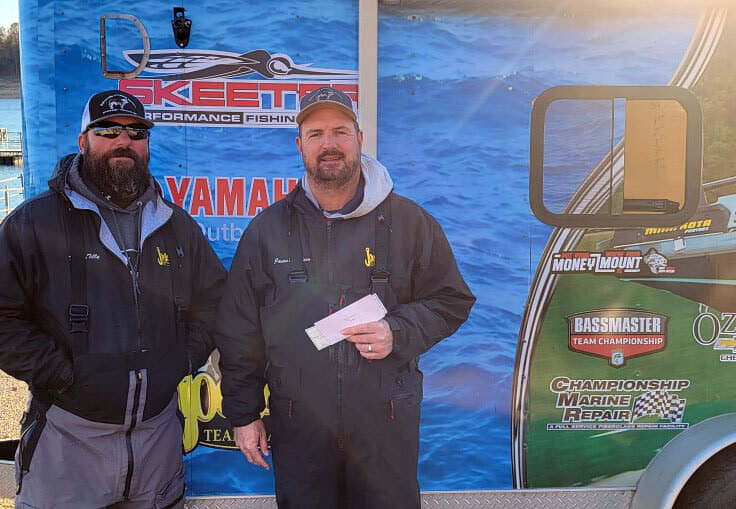 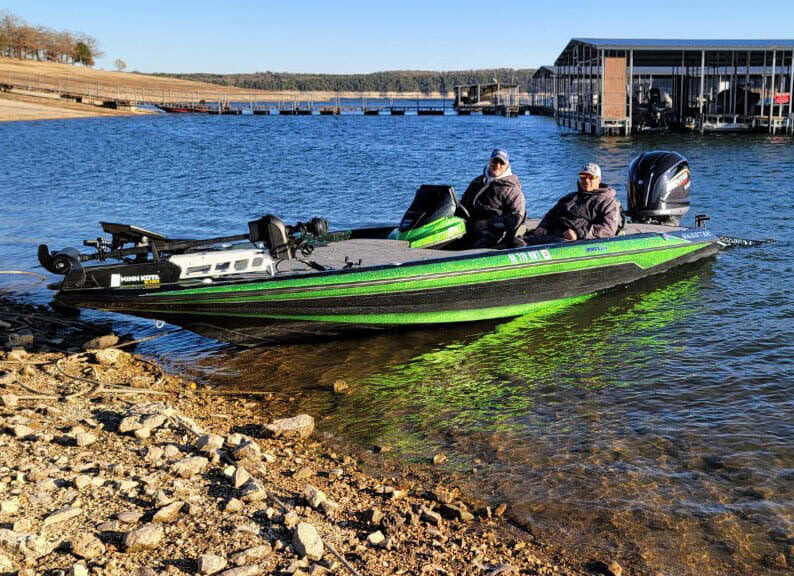