Once again the conditions were the focus of the dock talk at Buck Creek Marina prior to the second event of the season. The lake was on a rise after several days of rain, but the elephant in the room was bitter temperatures and a strong biting wind that amplified the cold and made running a rough proposition. Thankfully, the fish were on a strong bite as well as the 37 teams that blasted out of Buck Creek returned with 28 limits, good for valuable qualifying points for the Joe Bass Invitational to be held Stockton Lake next fall.

Team Blevins was missing its patriarch, as Eric left Dustin to be a one-man show for the day. Showing that it takes the experience, wisdom and guile that comes with age, Dustin fell short of the 20-pound mark, struggling to get to the 19 pound standard fishing solo (!). All kidding aside, Dustin’s five fish limit pushed the scales to 19 pounds even and was anchored by the big bass of the day, a stout 5.02 largemouth. With Dustin comparing notes with the third place team, the interviewer offered to let Dakota speak for Dustin’s Mid America RV Key to Success while Dustin would provide details for Dakota and Cody’s strategy. Neither bit at the chance, with Dustin reluctantly saying he stuck with his Rock Crawler approach, hitting as many key targets as he could throughout the day. He did mix in a small swimbait which provided his big bass bite.

Darrin King and Mark Mahaffey duplicated their runner-up position from the November derby by bringing in 18.22 pounds of Bull Shoals bass. They also were reluctant to share details, with Darrin deferring to Mark for a report, saying he was a Godly man that wouldn’t fib. That didn’t seem to open the flood gates for information, as Mark suggested they caught their fish off the bottom while fishing vertically. He perked up when noting they were fishing from his 2022 ZXR Skeeter bass boat, giving them Top Skeeter honors for the event.

Rounding out the top three was local stick Dakota Pierce who teamed with Cody Huff. The duo brought a five fishing limit to the scales, good for 17.27 pounds. As noted above, reluctance to provide details on patterns was front and center, but it was decided they mixed a Storm Wiggle Wart with a soon-to-be-released prototype Rapala/Storm crankbait to amass their weight.

The third event of the Bull Shoals Division will take place January 7th with a 7:00am takeoff from Buck Creek Marina. 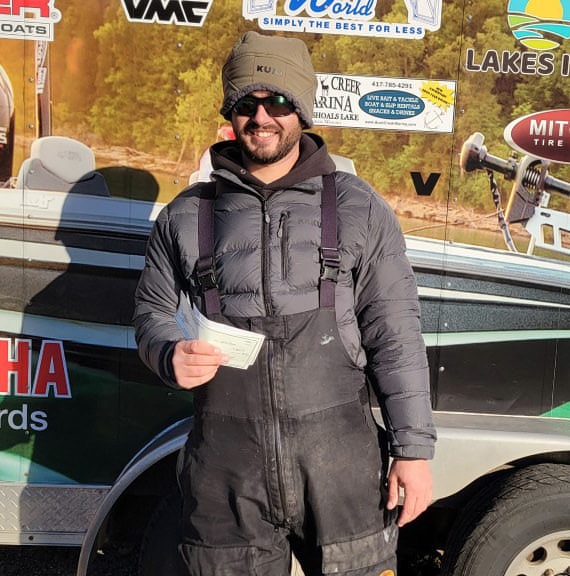 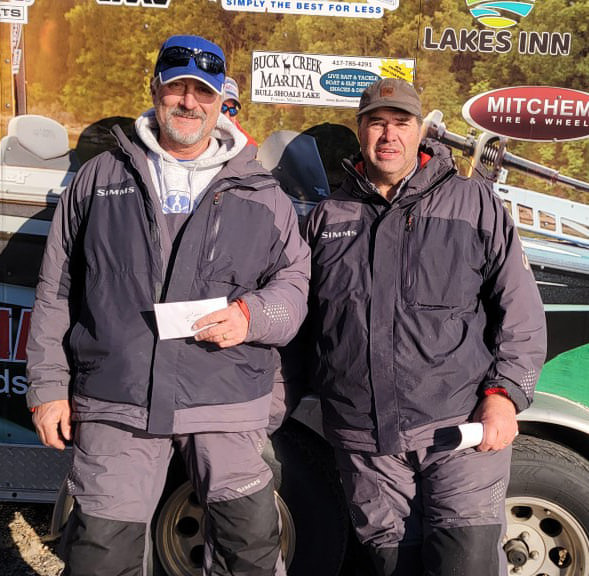 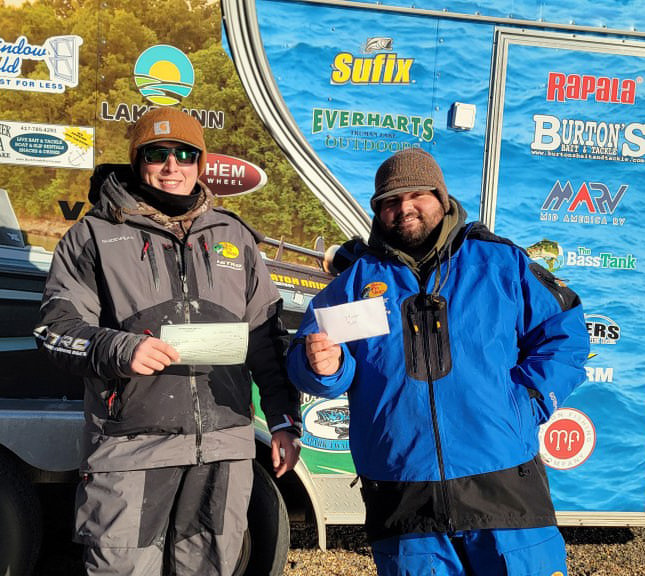 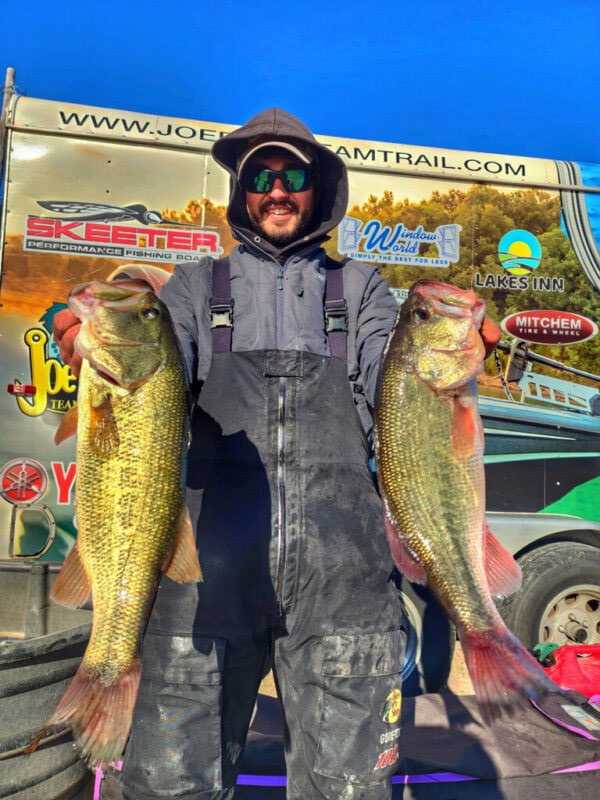 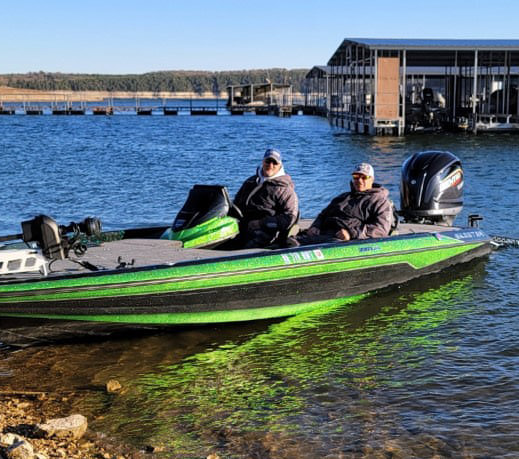