34 teams forded the flood waters to congregate at Buck Creek Marina for the second event of the 2022 Bull Shoals Division of Joe Bass Team Trails. Stormy weather the day prior followed by a considerable drop in air temperature presented another change for the anglers to solve. Given the quality of the field, it was no surprise to see 21 limits brought to the scales as teams fished for daily bragging rights and qualifying points for the Joe Bass Invitational to be held Stockton Lake next fall.

Squeaking out a narrow victory was the father/son team of Mark and Markie Thompson. Their five fish bag pressed the scales to 18.78 pounds. Their sack was anchored by the Ozark Chevrolet Big Bass, a 6.24 pound kicker that engulfed a Chompers Riggin’ Shad on an umbrella rig. Their Mid America RV Key to Success was leaning on the rig along shelf-type banks near the main lake, working through 12 keepers to get to their final weight. The padded their winnings as they claimed the highest finishing Skeeter bonus, fishing from Mark’s 2020 ZX225 Skeeter.

Just behind in second place was Erik Stewart and Jackson Roberts. They paired a big glide bait with a deep crankbait bite to weigh 18.56 of Bull Shoals bass. They noted they caught fish all day, culling through over 20 keepers to get to their ultimate best five.

Eddie and Jace McMasters threw the kitchen sink at ‘em, noting they caught fish on crankbaits, swimbaits, jigs, spinnerbaits, and jerkbaits. Weeding through 25 keepers produced their final bag of 17.69 pounds. The concentrated on steep rocky banks, chasing wind and stained water in the backs of hollows with inflowing water.

Polygraph tests were given to the top finishing teams as well as a few at random.

The third event of the Bull Shoals Division will take place January 8th with a 7:00am takeoff from beautiful Buck Creek Marina. 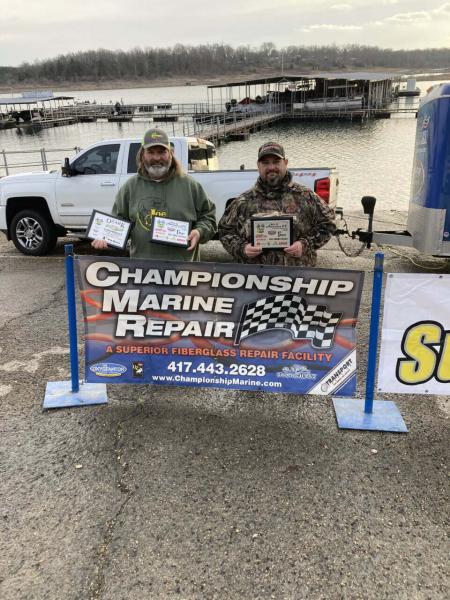 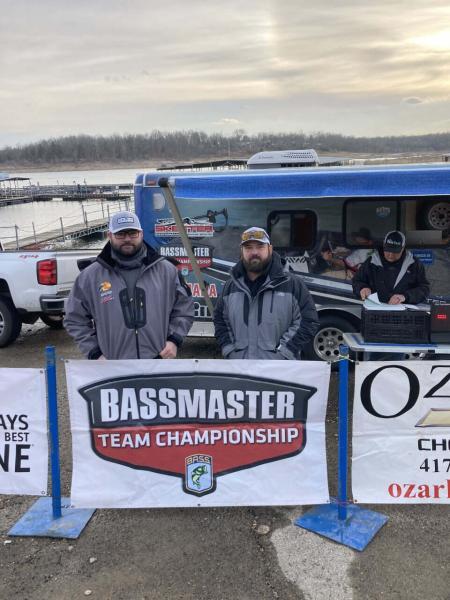 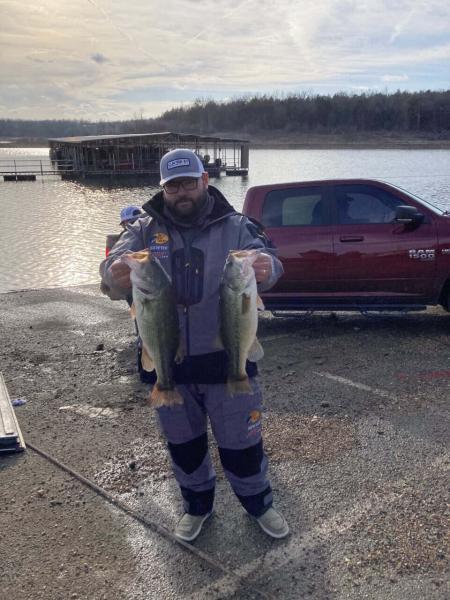 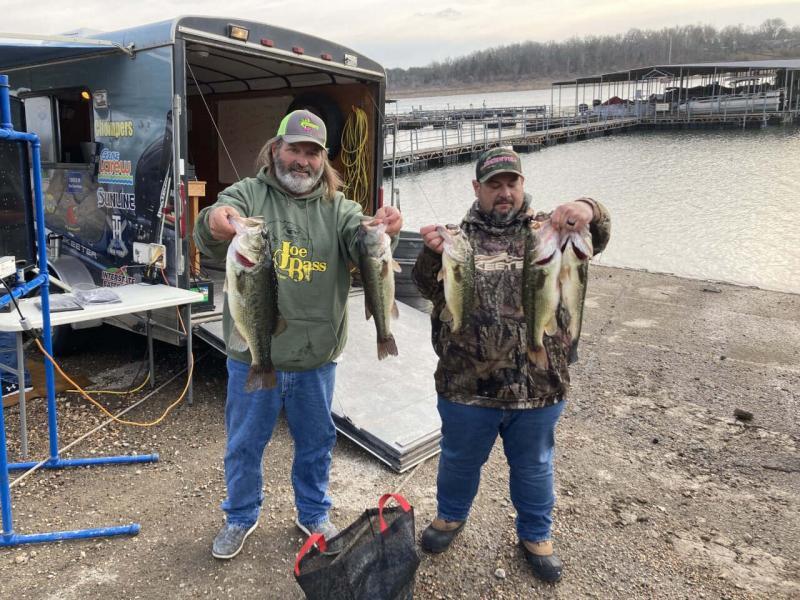 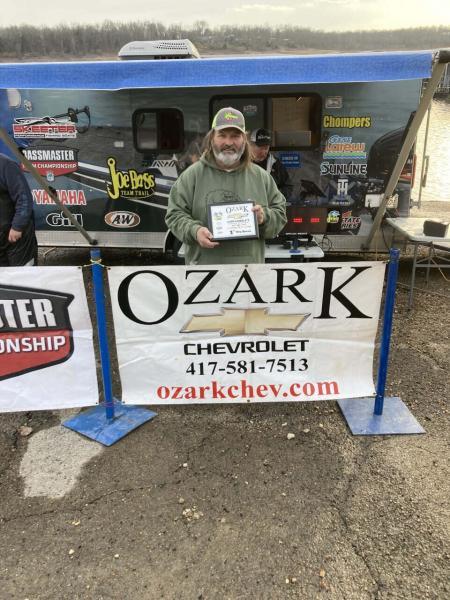 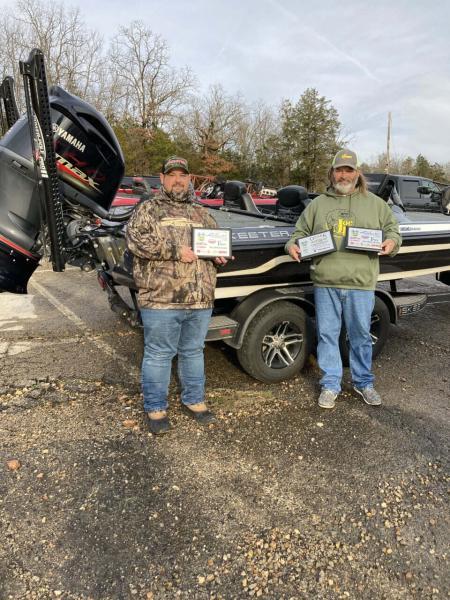