Still Tough at Lake of the Ozarks!

18 teams gathered at Alhonna Resort for tournament #2 of the Bassing Bob Lake of the Ozarks Winter Division. Dock talk was all about the tough bite and how difficult is was to put together a 5 fish limit. However, as usual, at least one team figures out the bite.

Topping the field was the team of Ken Whitfield and Chris Embry. Even though the lake is just in the beginning stages of winter, Ken and Chris used a run and gun approach looking for active fish on windblown secondary points form just outside of Workman’s cove to the Dam. The team focused on any cover, rock changes and brush in 7 to 15 feet of water on said secondary points throwing an A-rig. Ken and Chris had 9 keepers on the day with their best 5 weighing 16.45 pounds. Included in their bag was the second big bass of the tournament weighing 5.61 pounds.

Finishing in second today was the defending Ozarks Division Champions Nathan Oliver and Jamie Eynard. The Omega Custom Tackle, Elite Angler, Bio Spawn, Merten’s Tackle and Tombstone Tackle sponsored team also fished the A-rig but also caught a key fish on a jerkbait. Nathan and Jamie targeted fish around brush piles in 15 feet of water from the toll bridge to the Dam. The team thought they may have been jinxed when Jamie’s first catch of the day was a dead racoon! After a good laugh the team settled in and caught around a dozen keepers with their best 5 weighing 14.01 pounds.

Taking the third position today was the team of Chuck Clutts Jr. and Ryne Borchelt. Chuck and Ryne also fished the A-rig around brush, but Chuck said he also Skipped his A-rig into a few boat slips 1 because Ryne said he couldn’t and 2 because they had brush in the wells, giving them key bites during the day.

Roger Fitzpatrick fished with Alternate Danny Burns. The team managed 5 fish for 12.84 pounds which was good enough to be the Highest finishing Skeeter team. Roger said the ride in the new FX20R is amazingly smooth and dry!

John Campell weighed in only 2 fish for 7.42 pounds. However, one of the keepers weighed in at 5.74 pounds and was the Ozark Chevrolet Big Joe Bass of the tournament. John said the fish bit an A-rig in the very back of a deep pocket with brush. 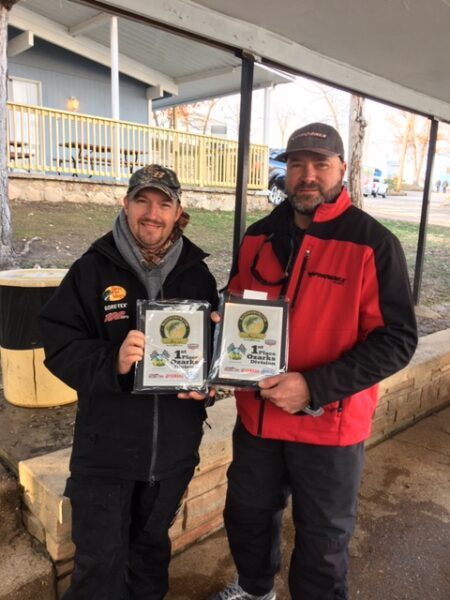 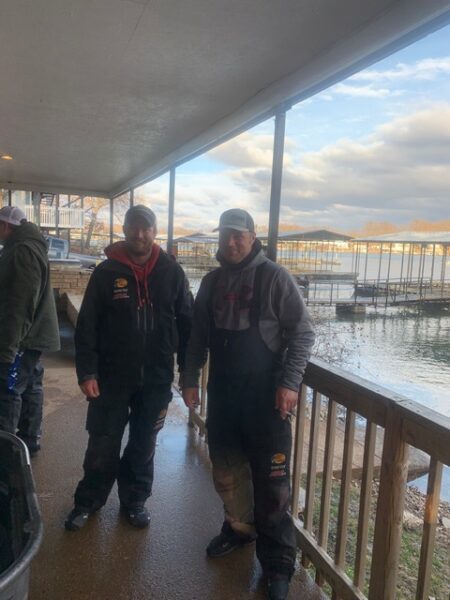 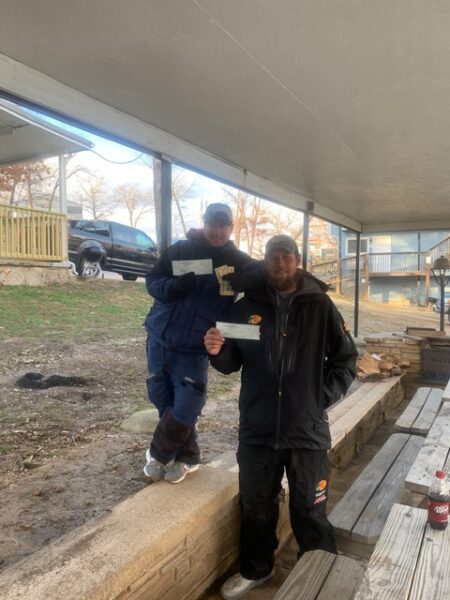 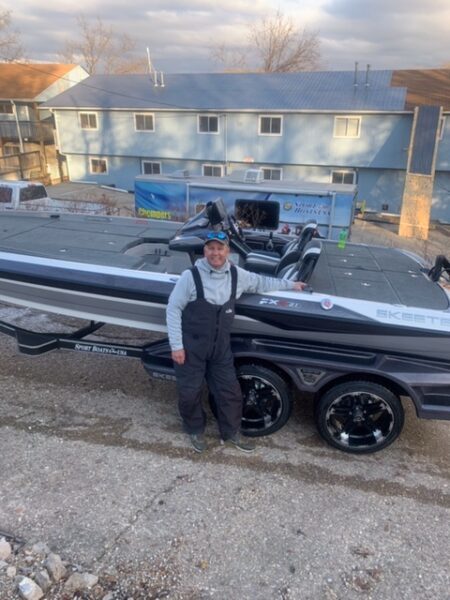 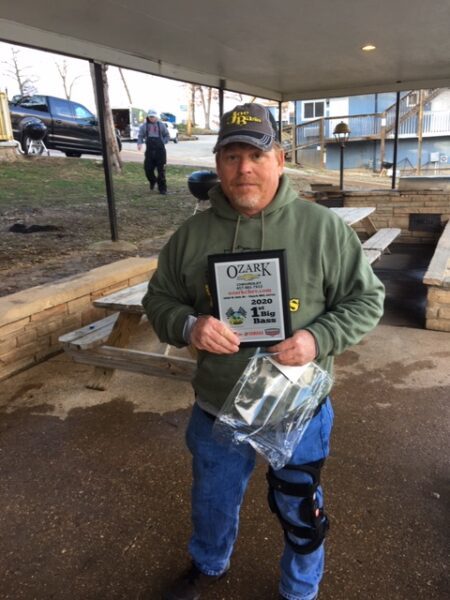