With the lake being up for a while, dock talk centered around fish in the bushes, although some had concerns that an early morning thunderstorm rolling through might have pushed the bass back a bit. Thankfully, the major portion of the storm subsided by takeoff, allowing 39 teams to blast off from Ahoy’s in search of the winning bag of fish and valuable qualifying points for the Joe Bass Invitational to be held Stockton Lake this fall.

Shane Boyd and Doug Nickle teamed up to take the victory. They’re 16.93 pound sack was anchored by the Ozark Chevrolet Big Bass, a kicker 5.70 pound largemouth. Shane and Doug explained their Catch ‘Em All Key to Success was dragging shaky heads in the 12-15’ depth range. They had a great day, running through nearly 20 keepers for the event.

Kevin Crossland and Geoff Blair mixed a glide bait in with a shaky head to take the runner up position. Their tournament limit came in at 16.63 pounds. Kevin shared they culled 8-9 times. He also noted that Geoff took a tumble into the lake while netting one of their fish, resulting in Geoff being a bit wet and the net finding its way to the bottom of the lake!

Rounding out the top three was Jack Stack and Dick Moger. They dropped 16.42 pounds on the weigh-in scales. Jack said they junk-fished, throwing a variety of baits in both shallow and deep locales. He added they stayed in the clearer water to get their strikes.

Special thanks to Maybee Insurance and Smith Electric for the support of the division, as well as all the sponsors, including Catch ‘Em All Bait and Tackle where one can utilize a 10% discount by presenting a Table Rock weigh-in slip to the Cape Fair tackle shop. Be sure and keep your receipts for a chance at $1000 at the Joe Bass Invitational this fall at Stockton.

The next Joe Bass Antique Division event will be Wednesday June 1st with a 6:00 am takeoff from Ahoy’s. 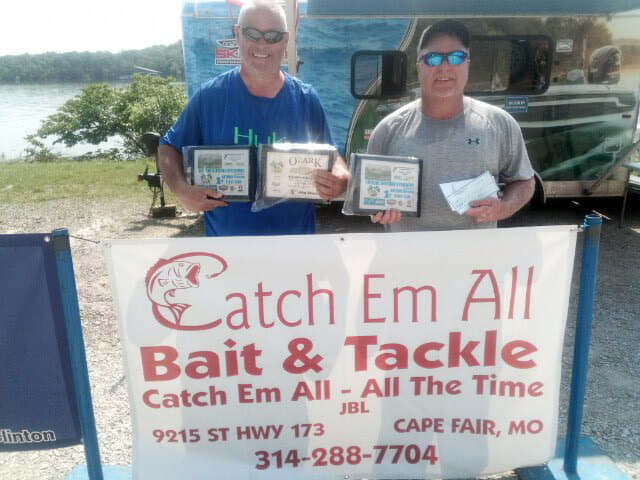 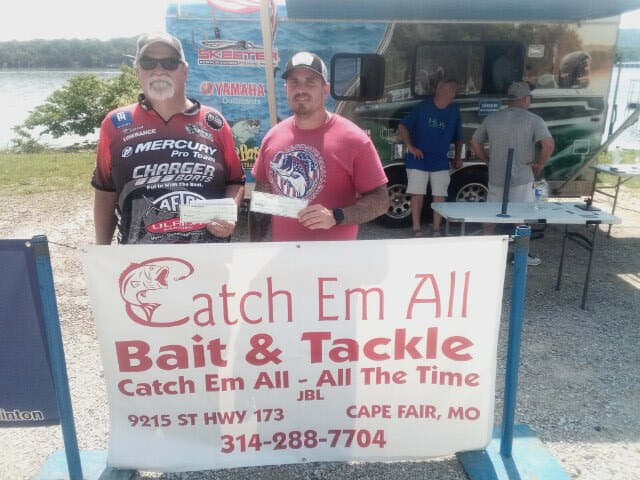 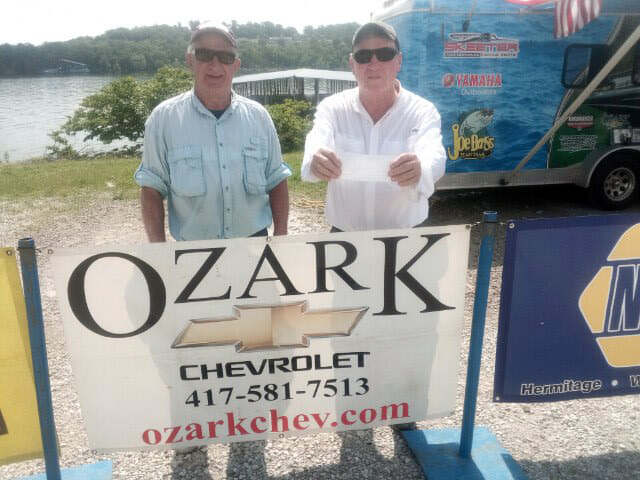 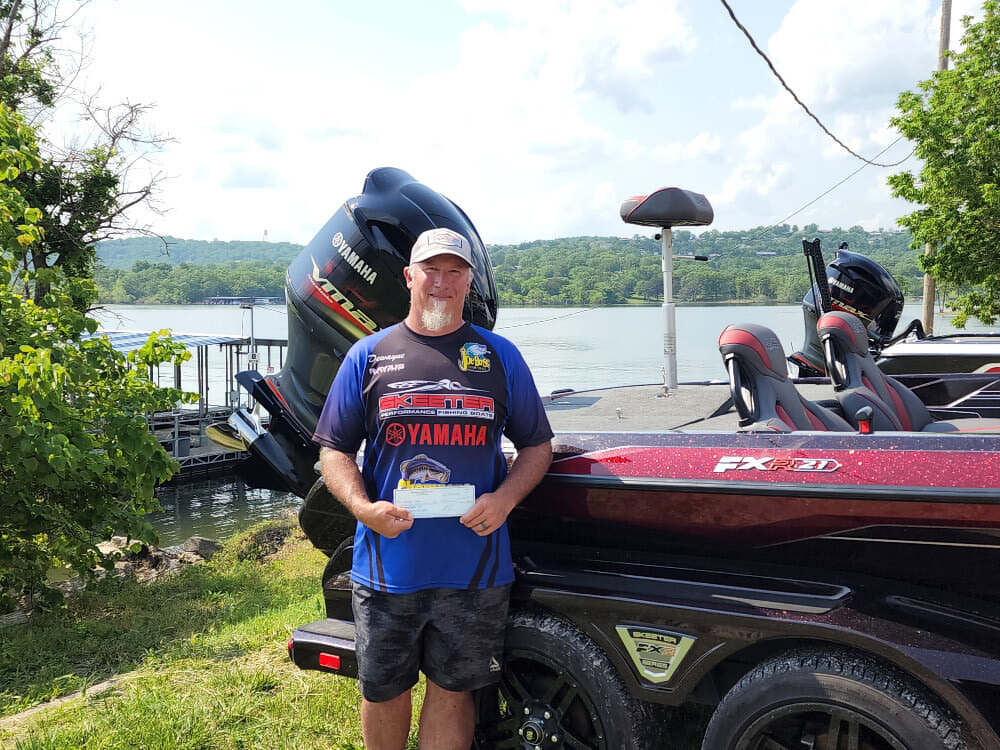 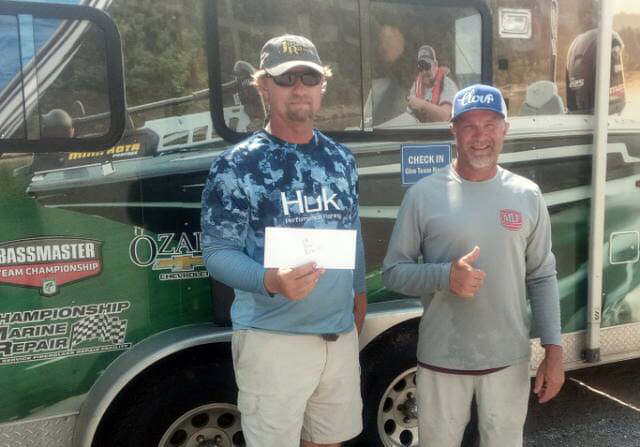