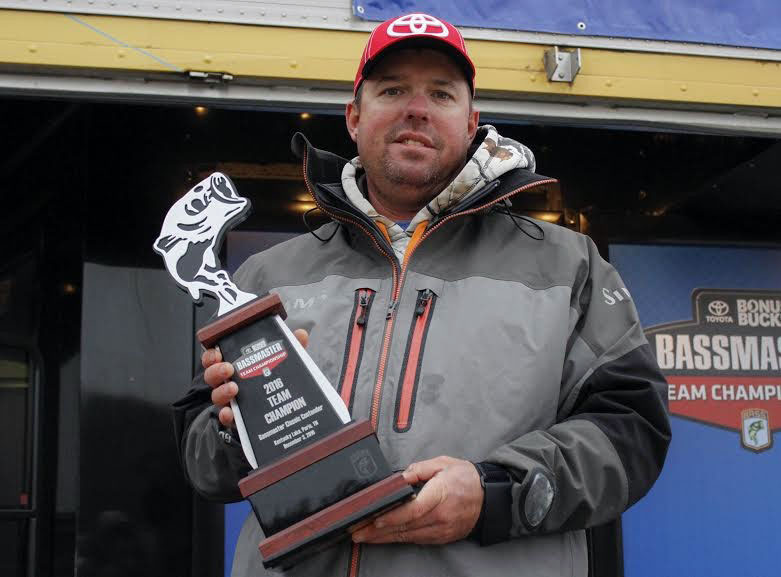 PARIS, Tenn. — Saturday’s wintry weather, combined with a slack bite and a hard charge by his closest competitor, threatened what only a day earlier appeared to be Scott Clift’s imminent victory in the Toyota Bonus Bucks Bassmaster Team Championship Classic Fish-Off.

But despite the adversity, Clift indeed was able to finish what he started, and he’s going to the 2017 GEICO Bassmaster Classic as a result.

The 39-year old Dadeville, Mo., resident staked a big lead for himself Friday in the first round of the fish-off on Kentucky Lake. His five-fish limit of 17 pounds, 8 ounces gave him more than a 7-pound lead on the other five anglers competing in this tournament, and he was imbued with the confidence needed to win an event of this magnitude.

But Clift struggled to find the early bite on Saturday that aided his cause a day before. By midmorning Saturday, he only had two bass in the livewell, and Georgia’s Barron Adams (who entered the final day in second place) was surging with an early limit of bass.

But Clift called an audible on his bait of choice, and was able to boat two keepers around 10 a.m. Saturday, which gave him four bass weighing in the 10-pound range. He followed it up with a 3-pounder in the final hour of fishing Saturday, and by the time he made it to the scales, he had another limit of 13-2.

That gave him a two-day total of 30-10, which was enough to stave off Adams, who caught 14-3 on Saturday and finished second overall in the fish-off with 23-5. Trevor Prince, Adams’ teammate on the Chattanooga Bass Association Trail, had the biggest sack of the day (16-8) and finished third overall with 21-4 over two days.

“This is awesome, just awesome,” Clift said of the fish-off victory, which netted him the final slot in the Classic, which will be held in March on Lake Conroe in Texas.

What he did was thank his fishing partner (and brother-in-law Ashley Medley) who teamed with Clift on Wednesday and Thursday to finish second in the team championship portion of this event. It was Medley culling up nearly 8 pounds of fish in the final minutes on Thursday that vaulted the Joe Bass Team Trail tandem from 15th place after Day 1 to only a few ounces from the lead. That was enough to get both men into the fish-off, and it provided the chance for Clift to fulfill a lifelong dream of fishing in the Bassmaster Classic.

“I may be going to the Classic, but we came as a team,” he said, pointing to Medley, who finished fourth in the fish-off with a 19-2 total over two days. “We found our fish as a team; we shared our fish in this deal. If it weren’t for (Ashley), I wouldn’t be here.”

Clift primarily fished with a Megabass Elegy Bone jerkbait for the first three days of competition and found success around channel swings and on flats when the sun shined. But with no luck under cloudy skies and frosty temperatures (in the upper 30s on Saturday morning), Clift opted for a stickbait with a green back, some silver on the side and a touch of purple on the tail.

Saturday’s limit was boated at the mouth of the Big Sandy River.

“Once I made the switch, I got a couple of bites, so I stuck with it,” Clift said. “I wasted about three hours in the morning sticking with what I knew worked the first three days. It seemed like I had to twitch that stickbait in front of them forever to get them to bite. It was very methodical. I only had eight keeper bites all day.”

Still, when the early bite didn’t produce, Clift didn’t get nervous. Entering the final day of fishing with a 7 1/2-pound lead helped his keep his cool.

“I knew if I could just scratch out a limit, I would probably be in good shape,” Clift said.

Adams applied pressure, though. He lost a fish he estimated in the 5- or 6-pound range in the final minutes of fishing on Friday. His early limit on Saturday (coupled with Clift’s early struggles) gave Adams more weight at one point than the eventual champion.

Adams was making a 45-minute run south to the New Johnsonville area and was fishing in 2 to 5 feet of water with a Rat-L-Trap.

“I should have had about the same weight yesterday (when he caught 9-2,) that I did today,” Adams said. “It’s going to haunt me.”

Colorado anglers Ty Faber and John Gardner won the team portion of this tournament, but both struggled in the fish-off. Faber finished fifth overall with a two-day total of four bass weighing 13-15, and Gardner placed sixth with one bass weighing 1-14. Both men fish on the Ultimate Bass Team Trail.

The first two days of the event on Kentucky Lake belonged to Faber and Gardner, but the final two clearly put the spotlight on Clift. His wife, Kendra, made the drive from Missouri when she learned her husband and brother (Medley) made the fish-off. She met Clift onstage soon after he hoisted the championship trophy, and they embraced on stage.

Clift said it will take weeks for him to fathom the tremendous week he had on Kentucky Lake.

“Right now I’m on house money,” he said. “Going down there to fish with those guys in the Classic — I’ve never met them. I only have seen them on TV. It’s going to be an incredible experience.”

The tournament began on Kentucky Lake on Wednesday when 186 two-person teams launched in the 2016 Toyota Bonus Bucks Bassmaster Team Championship. The field was whittled to the Top 3 duos after Thursday’s weigh-in, and those tandems were separated into six individual anglers whose weights were zeroed. They remaining sextet began the two-day fish-off on Friday morning with the final spot in the 2017 GEICO Bassmaster Classic on the line.

Both portions of the tournament were presented by the Henry County Alliance of Tennessee. 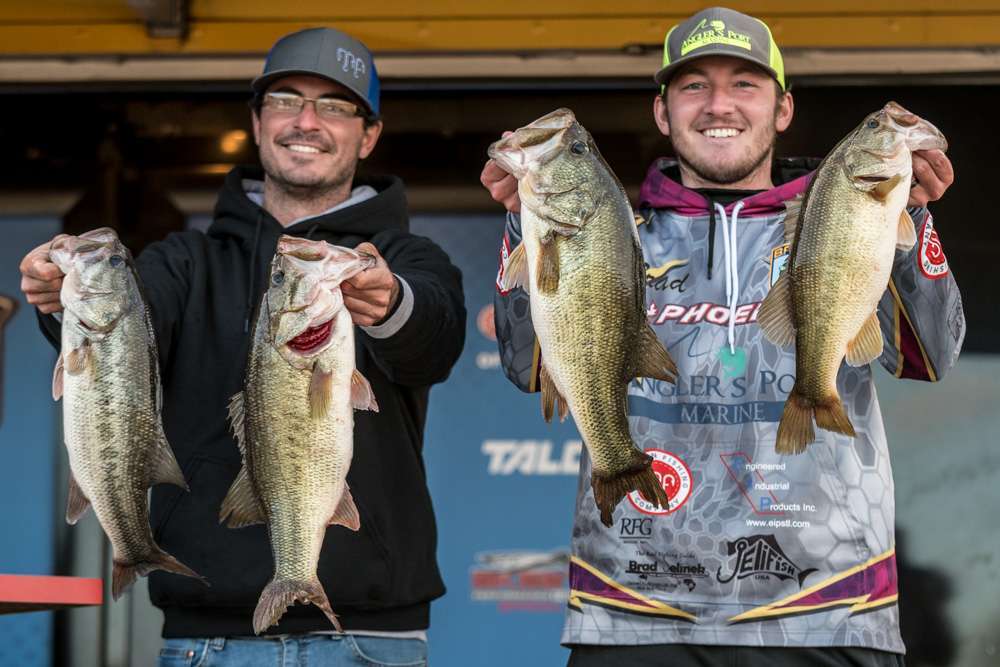 Jelinek and Reinkemeyer, who compete on the Joe Bass Team Trail in Missouri, caught a two-day total of 10 bass that weighed 38 pounds, 10 ounces. Their 23-10 haul was the second-heaviest bag weighed on Thursday, and it propelled them from fourth place on Day 1 to the top of the standings at the conclusion of the Team Championship portion of the event.

The win earned Jelinek and Reinkemeyer a $20,000 Nitro/Mercury cash prize.

Scott Clift of the Joe Bass Team Trail in Missouri is the winner of the Toyota Bonus Bucks Bassmaster Team Championship Classic Fish-Off on Kentucky Lake with 30 pounds, 10 ounces. This wins earns Clift a berth in the 2017 GEICO Bassmaster Classic presented by GoPro to be held on Lake Conroe in March. 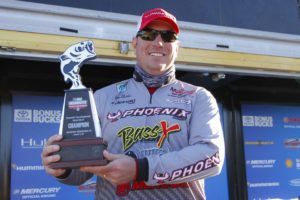 Butler, who fishes with the Joe Bass Team Trail, was hot on Saturday morning despite temperatures that were in the mid-20s at launch. He boated a smallmouth that weighed nearly 3 pounds in the opening minutes of competition, and he had four bass in the livewell by 9 a.m. (including a 4-plus pound bass that anchored his bag). Butler went more than four hours without a fifth bite, however, but he finally got his limit about an hour before weigh-in. 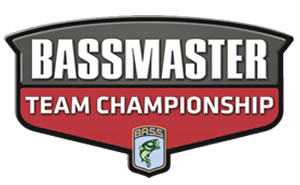