The chaotic nature of weather conditions during the 2020 season overflowed into the 2021 Joe Bass Team Trail Bull Shoals season as temperatures in the days leading up to the mid-season event ranged from mild temps in the 50’s to a few frigid nights dancing around the freezing point. A front that brought a mix of winter weather was followed by more of the same on tournament day which set the stage for a challenging event for the 19 teams that assembled at Buck Creek Marina.

Taking top honors was the stout local team of Jason Davidson and Darren Tilley. Their best five bass pushed the scales to 18.88 pounds, giving them a slim margin over second place. Jason and Darren sorted through 18 keepers, anchored by the second big bass of the day, a toad 5.54 pound largemouth. They noted their Sport Boats USA Key to Success centered on a strong afternoon A-Rig bite on deeper locations.

Another local stick, David Rogers, fished by himself to take a close second place finish. David had his 18.58 sack by 8:45, with the bite on an A-Rig. David also weighed in the Ozark Chevrolet Big Bass, a 5.81 kicker largemouth. David padded his big bass check with the Arvest Bank Credit Card Incentive as David had his Arvest Bank card in his wallet, netting him a cool $100 bonus.

Richie Huebner and Brandon Lowry rounded out the top three for the second event in a row. Their 17.47 five fish limit came on a combination of crankbaits and umbrella rigs with bites scattered throughout the day.

The next Bull Shoals Division event will be January 23, 2021 at 7:00 a.m. Be sure and show up a bit early for breakfast burritos and coffee compliments of the crew at Buck Creek Marina! 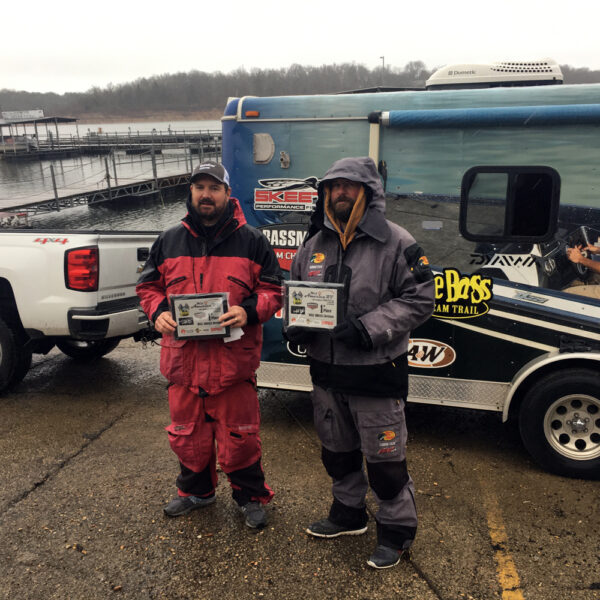 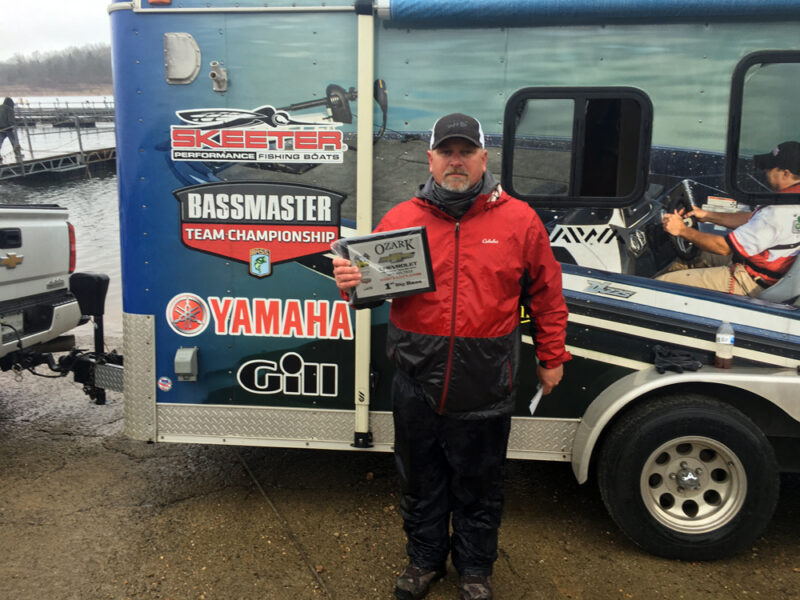 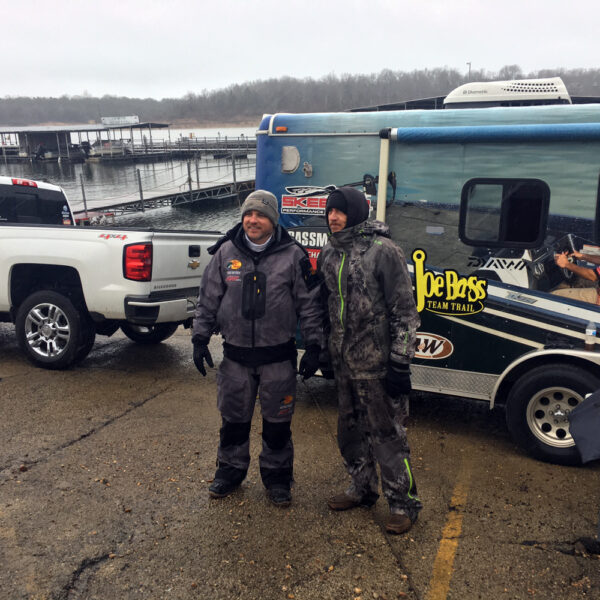 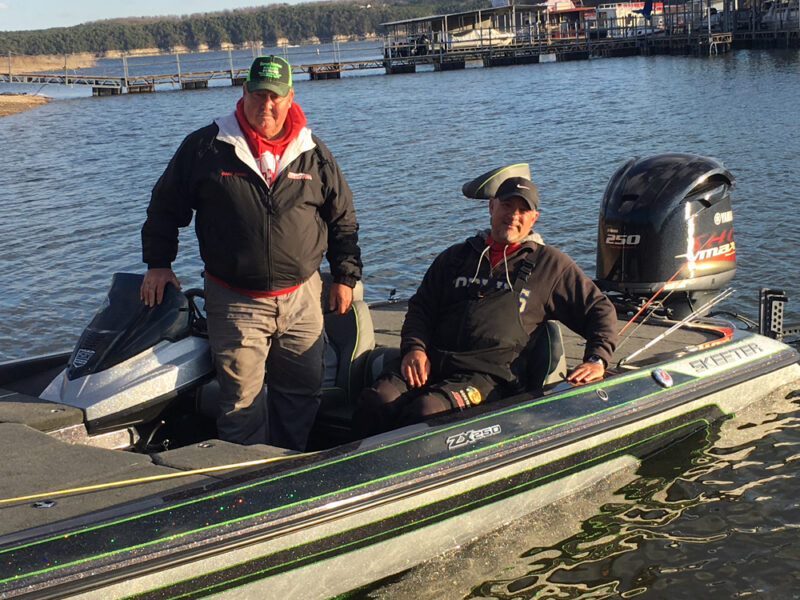 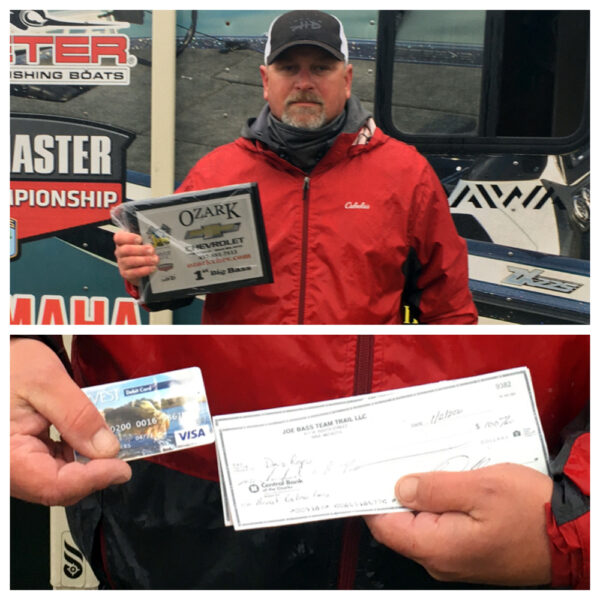 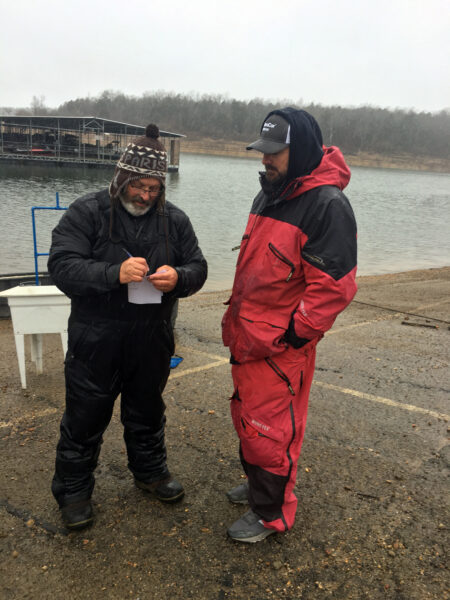 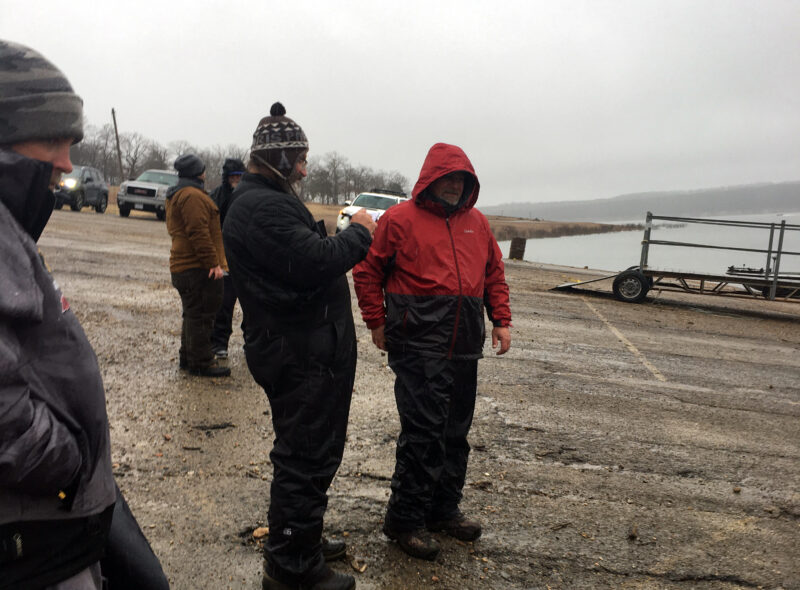