A hot day at Stockton Lake had anglers happy for shade and flooded bushes. The second Joe Bass Team Trail MITCHEM TIRE Stockton division did not disappoint anyone. The team of Austin Lowery and Brett Stearnes, Webb City, had boat issues late but still brought in a very nice sack of fish that weighed 18.51lbs. They played in the bushes and shade to bring in this healthy sack.

The second place team of Scott Tassi and Glenn Harrison, both of Arma, KS, sponsored by Albers Marine, Elite Anglers, Nitro, Mercury, Denali Rods and Woo Tungsten. They assisted the first place team in getting back to the weigh in and brought in their own bag that weighed 18.37lbs. They used a jig pattern to get them through the day.

The third place team of Sam Morton, Easton, KS, and Dennis Edwards, Leavenworth, KS, fished strong all day but the topwater bite early gave the team their best 5 that weighed 15.97lbs. The team is sponsored by Ozawkie Boats and Mercury.

The team of Dalton Saxton, Springfield, MO and JD Dendy, Bolivar, MO, hooked into a behemoth largemouth that even after post spawn hit the scale at 8.60lbs to win the OZARK CHEVROLET Big Bass of the Day. 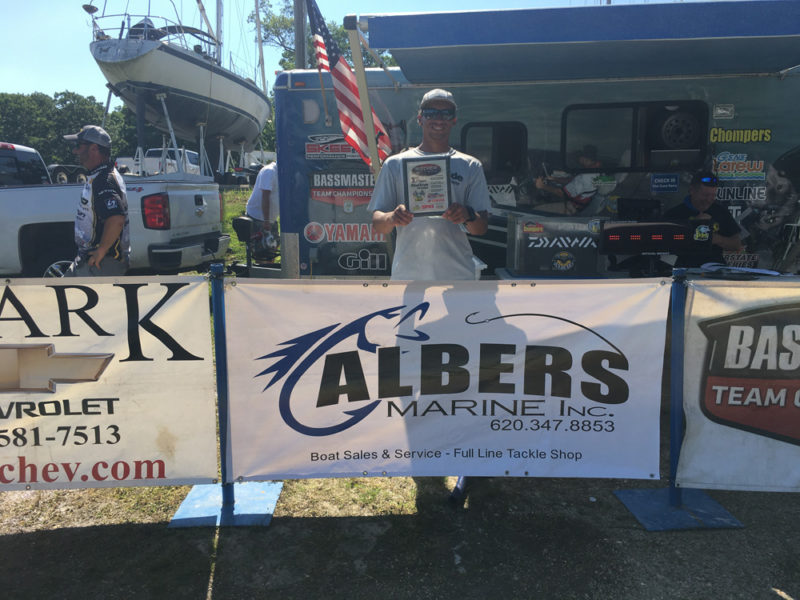 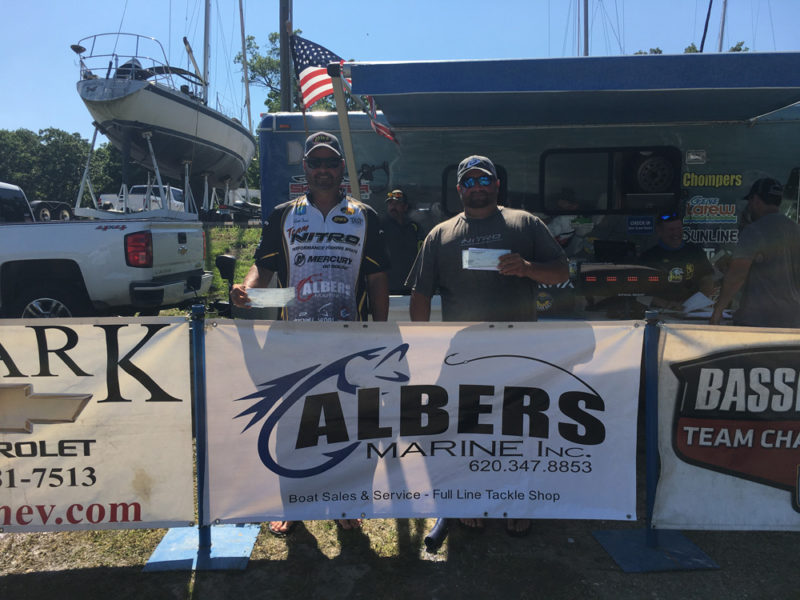 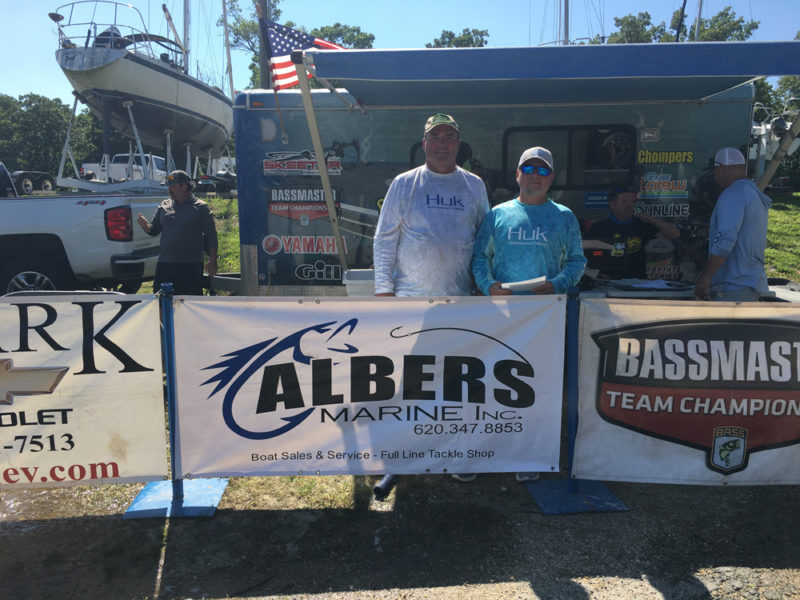 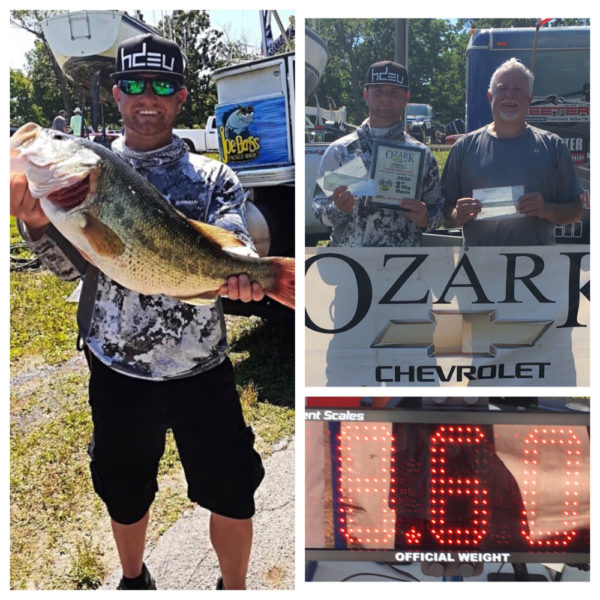 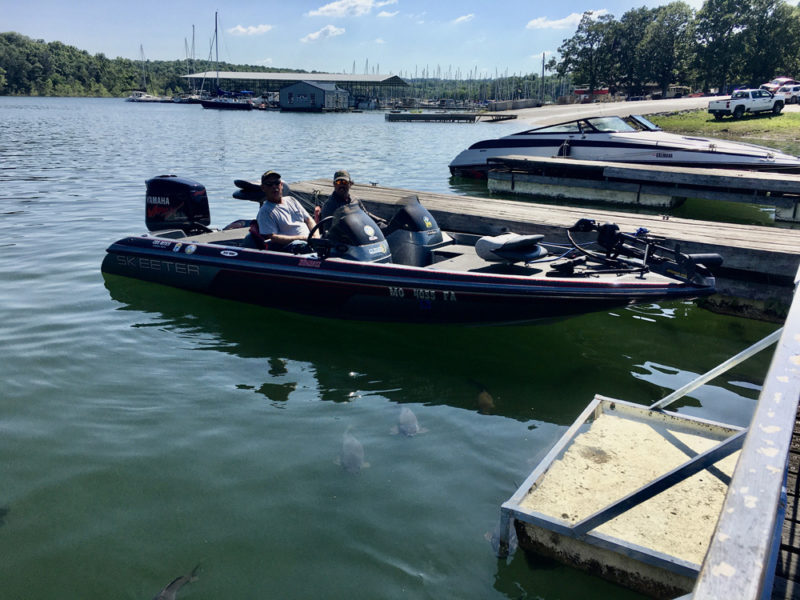