A myriad of weather conditions led up to the second event of the 2021 Joe Bass Team Trail Bull Shoals Division, ranging from clear warm days to snow and frigid nights.  Tournament day started off mild with overcast skies and concluded with bluebird skies, making for a bite that was a bit off for most.

Lapping the field was Cody Huff and Dakota Pierce.  Their best five bass slammed the scales to a staggering 26.58 pounds, giving them nearly an 11 pound margin over second place.  Included with their limit was the Ozark Chevrolet Big Bass of the day, a 6.56 monster that shared their livewell with a pair of like-sized partners.  With the next event just around the corner, details were hard to come by, but it was suggested that a pink “winter craw” Rock Crawler, with the bill shaved to deflect off of bridge pilings, was their Sport Boats USA Key to Success.  It’s quite probable there was a jigging spoon involved as well.

Eric and Dustin Blevins came in a distant second place with a 15.62 pound limit.  As they were with the winning team during interviews, details were somewhat “sheltered”.  It was suggested Team Blevins worked some deeper ledge rock with a Tackle HD Hi-Def craw in the Kiwi color rigged on a Tokyo Rig.  It’s quite possible a crankbait may have been used as well.

Richie Huebner and Brandon Lowry rounded out the top three with a 15.17 pound bag.  Feeling obligated to maintain the tight-lipped approach to details, a Ned Rig tipped with a cut down Chompers Salty Sinker was claimed to account for their bass as they worked several long sloping points that dropped into a creek channel.

The next Bull Shoals Division event will be January 2, 2021 at 7:00 a.m.  Be sure and show up a bit early for breakfast burritos and coffee compliments of the crew at Buck Creek Marina! 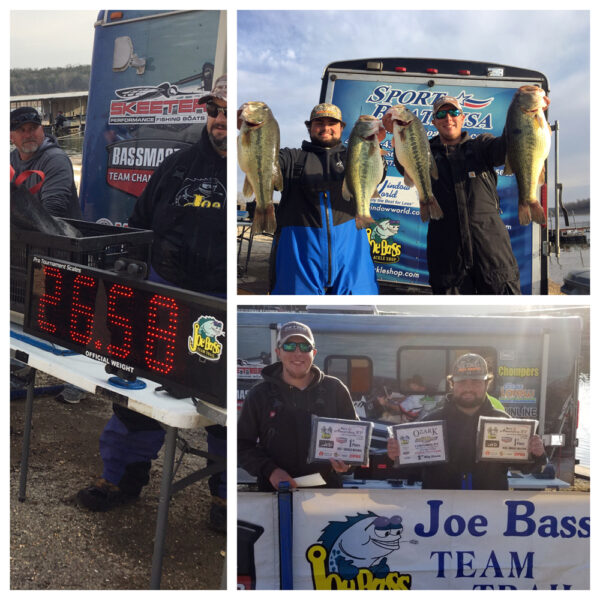 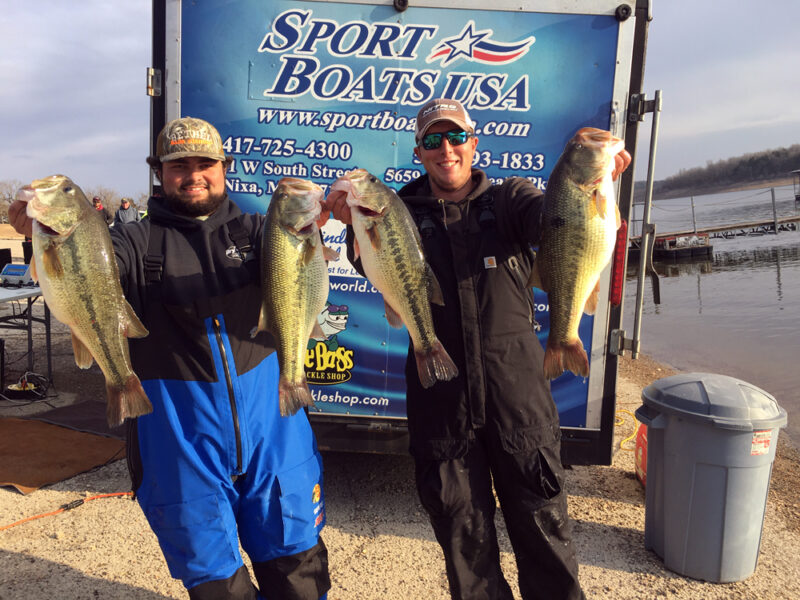 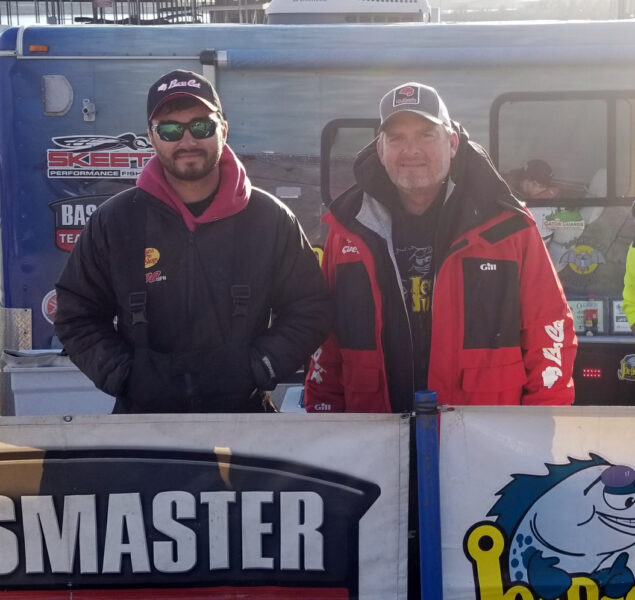 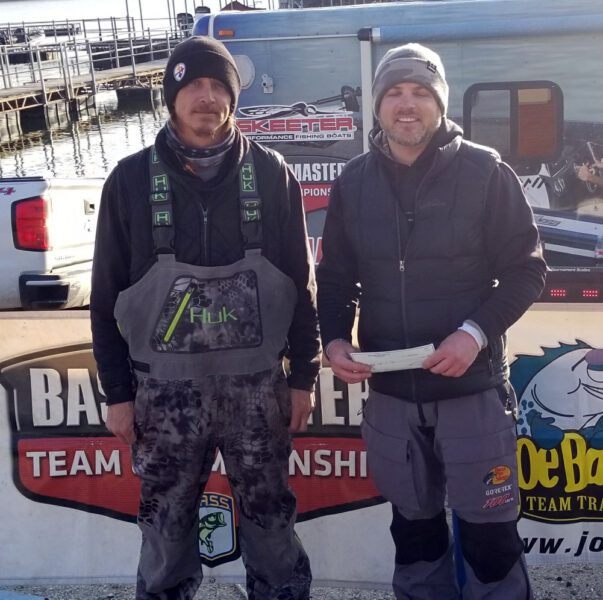 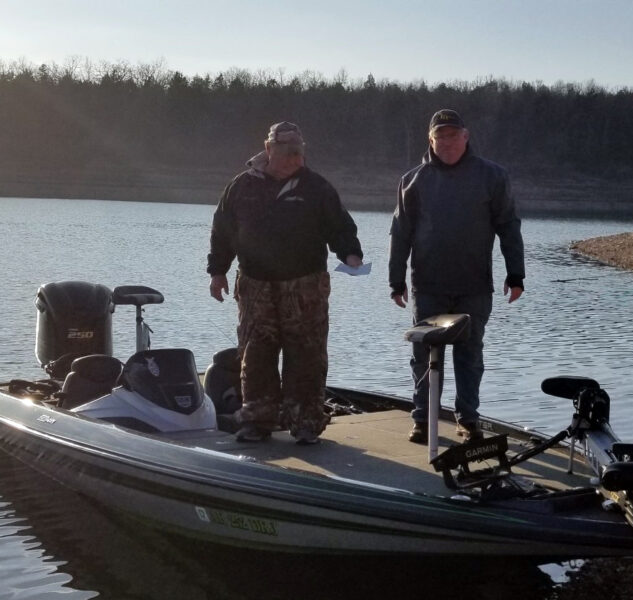