Effective March 1, 2016, anglers will be allowed to include 12 inch Kentucky-Spotted Bass in their five fish tournament limit on Truman Lake.  Missouri Department of Conservation studies conducted over the past 5 years concluded that only 5% of Truman Lake spots reached the previous 15 inch limit on all black bass, while approximately half of the fish in the study exceeded 12 inches.

The two species are typically readily identifiable from each other based on obvious body configuration and markings, but the MDC lists the following as ways to positively identify the spotted bass:

Anglers may want to use caution with the rough patch on the tongue method of identifying spots, as many apparent “hybrids” have been turned in to fishing tournaments on Lake of the Ozarks, which has a similar 12 inch minimum length limit on spotted bass.  These crosses appear to be typical largemouth in regards to body configuration, jaw length, and markings, but may have a rough tongue.  Make sure any fish in question meets all the criteria to be identified as a Kentucky prior to placing it in your creel.

While a limit of spots isn’t likely to win any Joe Bass events, having the ability to fill out a tournament limit with another pound or two of spots could be the difference between finishing in the money and going home empty-handed on a tough fishing day!

Be sure and consult the MDC fishing regulations for more information on change for Truman Lake in 2016.

I welcome this change to the spotted bass length limit on Truman Lake. Joe Bass Team Trail will allow anglers to weigh in 12 inch spots. But with that said I want you to read the section in our rules that covers length limits;

10) SCORING: Largemouth, small mouth, and spotted bass will be scored, five (5) fish limit. All lake rules apply. A short fish will result in the loss of all fish and disqualification. A dead fish will result in a .50 (1/2) pound penalty per fish. No more than five (5) fish are allowed in live well (in possession) at any time. Anyone bringing more than five (5) fish to the weigh-in scales will not be allowed to weigh in ANY fish. Bass Pro Shops Gator Grip Golden Rule will be the official measuring board. A courtesy bump tub will be provided.

This rule has virtually stopped (with 1 or 2 exceptions) any short fish being presented for weigh in which I commend the anglers for heeding and knowing the rule will be enforced.

Please take the time to learn the differences between large and spotted bass species. Check this out. I look forward to weighing in more full limits this year on Truman.

At each and every Joe Bass Team Trail event if you are the highest finishing participating Skeeter boat owner fishing from your Skeeter boat you could win an additional $500.00 with a minimum of $250.00 GUARANTEED! 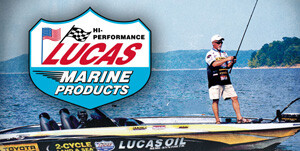 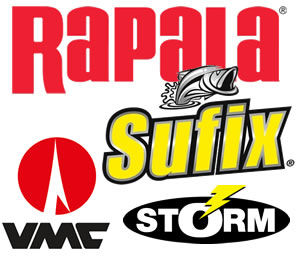 Getting my Boat READY for the SEASON! (Skeeter Boat BREAK IN) ... See MoreSee Less